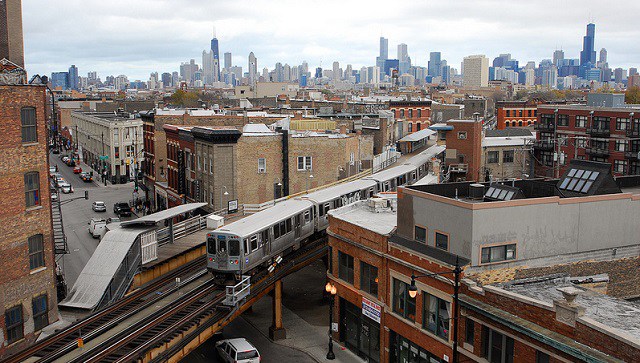 Each year the social website Time Out publishes its list of the World’s best cities. This past Monday was that day. Using its “City Life Index,” they determined that the one that tops them all for being the best city in the World for having fun and enjoying city life is Chicago. Yep – “Chicago was ranked the best city for having it all through Time Out’s extensive City Life Index.” And this is a back to back victory, as they also took top honors in 2016.
Time Out writes that in making its determination, they “surveyed 15,000 people in 32 cities - from Austin to Hong Kong to Tel Aviv—and asked in-depth questions about sex, dining, neighborhoods, affordability, happiness and so much more. Each city was then scored across those facets to reveal the winner.”
They claim the survey said that new restaurants and bars are opening all the time and that Chicagoans eat out quite often.
Time Out Chicago adds that, “Great food and beer aren’t the only things that make this city tick. Ninety-one percent of you love Chicago and even more of you are proud to rep it. Despite our sub-zero winters, 89 percent of city-dwellers feel happy overall, making us one of the most content populations in the country.”
Talk about a dichotomy! What interesting statistics. 91% of Chicagoans love city life and 89% feel happy? I wonder who runs Time Out – the Klan?
While uptown Chicago whitey-white liberals are merrily dining out and partying the nights away, the city’s less fortunate residents of color are too busy shooting and killing each other to partake in such pleasantries.
At the same time that Chicago is considered the World’s Best City, it also has the infamous honor of being the murder capital of America. Yes – America’s most dangerous and violent city.
It was reported that 2016 was a banner year of sorts. Chicago captured its first “World’s Best” title. Yet, 2016 was also “the worst year for homicides in nearly two decades in the Windy City with 762 murders, 3,550 shooting incidents and 4,331 shooting victims. On average, 12 people are shot in Chicago every single day and it experienced more murders than New York and Los Angeles combined last year. The number of homicides in Chicago since 2001 also eclipsed U.S. war dead in Iraq and Afghanistan in late [September] 2016.”
The figures are staggering. From 2001 through September 2016, Chicago had experienced 7,916 murders. The number of Americans killed in the wars in Afghanistan and Iraq during the same time period was 2,384 and 4,504 respectively. The number in Chicago has grown significantly since.
The left loves to vilify us on the right as being heartless and turning a blind eye to the violence and plight of inner city blacks and other “peoples of color.” Yet it is the urban dwelling white liberal elitists who are loving life in the city, while mere blocks away, their fellow Chicagoans of color are struggling just to stay alive.
You tell me who is really heartless.
Copyright ©2018
Read more by Brent Smith
Tweet