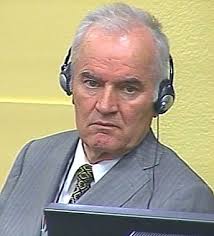 The professional accusers bagged a huge quarry when a war crimes tribunal sentenced Ratko Mladic to life imprisonment for his part in the wars of the former Yugoslavia.

Writers with more direct experience than I have in Balkan politics have cast serious doubt upon the justice of this trial. But even more, the case is only one example of how political operatives today can clothe their political ambitions in judicial robes.

Even aside from the questions about what “crimes” Mladic may have committed, the unanimous cheering (and jeering) of the news media – which consistently refused to present any viewpoint other than the official one – is now becoming a pattern. Indeed, the timing of this conviction seems uncanny, as an emergent culture of accusation now displays its triumphalism on the front pages almost daily.

The very concept of “international criminal justice” and “war crimes” is inherently questionable if not oxymoronic. I am not saying it is never valid. But war is a place where people are killed, including noncombatants. If Mladic and others were deliberately targeting civilians for death – in other words, terrorism – the time to deal with that was while they were doing it. It is not clear that a pseudo-legal proceeding can have achieved anything other than to provoke resentment among Serbs, many of whom believe that Mladic was simply defending his people, and lay the groundwork for more conflict.

So instead we create “special” and “ad hoc” courts, like the International Criminal Tribunal for the former Yugoslavia (ICTY), that adjudicate only the deeds of selected people, chosen for political reasons. But irregular courts raise the likelihood of irregular justice, which is no justice at all. This is why revolutionary regimes like the Jacobins, Communists, Nazis, and Iran’s current government create special courts to rationalize the punishment of their vanquished “oppressors” and why in political trials a verdict of guilt is always a foregone conclusion.

This is also why the jurist A.V. Dicey famously defined the rule of law as the principle “that no man is punishable or can be made to suffer in body or goods except for a distinct breach of law established in the ordinary legal manner before the ordinary courts of the land" (my emphasis).

International bodies might call themselves courts, but their proceedings are always political actions. They exemplify what the late political theorist Kenneth Minogue called “legal salvationism.”

This ploy of using criminal accusations to settle political scores and gain political advantage has been growing for years. Now it is exploding all around us.

Is it far-fetched to suggest that the epidemic of quasi-criminal sexual accusations now being leveled at public figures is another manifestation of this? Or the epidemic of fabricated rape accusations against male university students, military men, and others? Or the periodic waves of child abuse accusations by feminist social workers against innocent parents? Or of domestic violence against husbands? Or of fathers as “deadbeat dads”?

Here likewise we are told about “crimes” and about enlisting prosecutors even when it is not clear that any crime has been committed. In all these cases, what is presented as a judicial question, requiring impartial justice and a presumption of innocence, is really a political crusade driven by a determined feminist ideology that presumes guilt and thirsts for punishment and “empowerment.”

Is the media’s invective and presumption of guilt against “the Butcher of Bosnia” so different from that against the various ogres identified for collective punishment by the sexual left, which intentionally intermingles and confuses real crimes with the thought crimes of ideological heterodox groups:  “abusers,” “sexists,” “misogynists,” “homophobes,” “bigots,” “haters,” “rapists,” “harassers,” “batterers,” “deadbeat dads”? Unlike Harvey Weinstein, Al Franken, and other overmighty public figures, many of these are private individuals who have no platform to speak in their own defense.

Would the similarity be more plausible when we realize that these accusations likewise involve the creation of specially assembled courts for the express purpose of delivering predetermined verdicts of guilt: family courts, domestic violence courts, campus tribunals composed of faculty and students, politically pressured courts martial?

Would it be more plausible still when we realize that prosecutors at the ICTY were professional feminists? Or that International Criminal Court (ICC), which is modeled on the ICTY, allows irregular procedures in - and only in - cases “where the [alleged?] crime involves sexual or gender violence” in order to ensure conviction – including secret trials and hiring prosecutors and judges “with legal expertise on…sexual and gender violence.” In deciding whether to hold secret trials the Court must regard “particularly the views of the [alleged?] victim or witness” but not those of the accused. The ICC’s first cases were sexual.

The criminalization of soldiering is another trend that has been increasing for decades, not least by the expansive concept of “war crimes.” And since all the soldiers effectively are men and the most vocal element of the anti-war movement is feminist, might this trend be seen – like our recent outbreak of accusations – as another stage in the criminalization of masculinity?

The human rights advocates always seem to be telling us about a “culture of impunity,” implying that we should be convicting more people of crimes, regardless of the evidence in particular cases. We hear much less about the culture of accusation that now dominates the legal community and covers the front pages – perhaps because the punishment for questioning the guilt of the accused is the risk of joining them.


Stephen Baskerville is Professor of Government at Patrick Henry College and author of The New Politics of Sex: The Sexual Revolution, Civil Liberties, and the Growth of Governmental Power (Angelico, 2017).  He recently returned from a lecture tour of Serbia, where he spoke on these issues at the Matica Srpska.