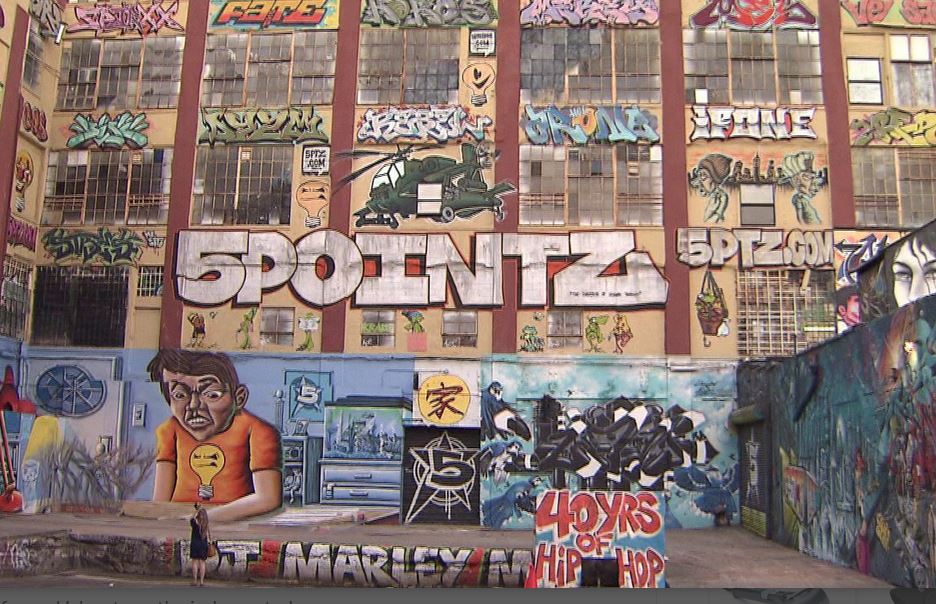 What would happen if your young child drew all over his or her bedroom walls? Of course as a doting parent, you would say it was art. I mean – what’s a coat of paint. It’s not worth getting upset about. The child is too young to understand anyway. So instead you say: “You did such a great job I think we’ll just leave it be.” And accept it you do, at least for a while, as the work of art it was intended. You even have him or her sign it, or make some sort of identifying mark to make their own.
Now years go by and your son or daughter is grown up and moves out. You then decide to rid the room of the once great work of art. But wait…not so fast. Instead of the shoulder shrug response you would expect from the lad or lass, he or she protests, and doesn’t want you to defile the masterpiece. What then?
You pull out the old, “This is my house” card and paint over it. A month or so goes by and you receive a letter from an attorney. It seems your child is suing you for damages under 17 U.S. Code § 106A - Rights of certain authors to attribution and integrity.
Under this code they claim that this was a work of visual art, and as such, he or she shall have the right –
(A) to prevent any intentional distortion, mutilation, or other modification of that work which would be prejudicial to his or her honor or reputation, and any intentional distortion, mutilation, or modification of that work is a violation of that right, and

(B) to prevent any destruction of a work of recognized stature, and any intentional or grossly negligent destruction of that work is a violation of that right.
This of course sounds utterly ridiculous, but it’s not, as something akin to the above scenario just occurred in New York City, costing an owner of a building millions of dollars.
In November, 2017, 21 "5Pointz" graffiti artists, (they prefer to be known as “aerosol artists”) filed suit and took to court, Long Island developer Jerry Wolkoff. Wolkoff owned a large vacant warehouse building in Long Island City, New York.
Years ago the 5Pointz graffiti crew took it upon themselves to cover the structure with their “aerosol” artwork. They didn’t ask the owner Wolkoff’s permission. They just did what graffiti bums do all over the city.
Apparently Wolkoff was not an aerosol art aficionado, and in 2013, had the building painted over, wiping out the vagrants’ hard work. A year later he had the building – you know, the one he owned - torn down to make way for a 40-story condo high rise.
And that, in a sane world, should have been the end of it. But America hasn’t been sane for many decades.
The 21 5Pointz artists sued, and in November, a liberal Federal Judge in Brooklyn, Frederic Block, awarded them $6.7 million.
The judge assessed such a stiff penalty on Wolkoff because he apparently showed little remorse and that he, “has been singularly unrepentant.” Judge Block continued his lecture by stating that, “The sloppy, half-hearted nature of the [2013] whitewashing left the works easily visible under thin layers of cheap, white paint, reminding the plaintiffs on a daily basis what had happened. The mutilated works were visible by millions of people on the passing 7 train.”
The Daily Wire reported that, “Marie Flageul, a spokesperson for the artists in 2013, said what Wolkoff did was ‘artistic murder.’”
This won’t open a can of worms or anything – will it?
Copyright ©2018
Read more by Brent Smith
Tweet