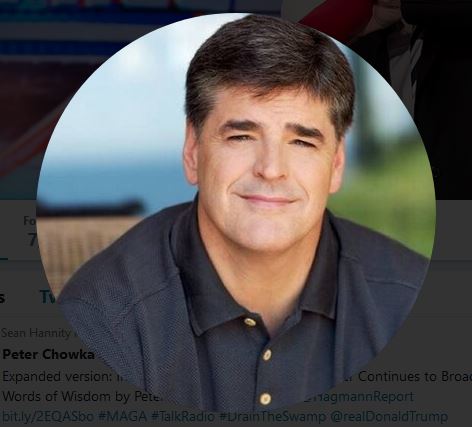 This upsets me, but if we are to remain true to conservative ideals, we must be prepared to call out those who appear to have abandoned them.
In early July, 2011, U.S. Representative for Florida's 14th congressional district, Cornelius Harvey McGillicuddy (cool name), better known as Connie Mack IV, introduced a government spending plan called the Mack Penny Plan.
Mack served in Congress from 2004-2013.
More precisely, Mack Penny was a plan to cut government spending. Unlike virtually all things in government, his plan was quite simple. For every dollar of proposed spending, the plan would take away one penny of spending. So instead of the government spending that dollar, they would receive 99 cents to spend. See – simple.
In August of that year, FreedomWorks wrote that, “The Penny Plan would require Congress to cut just one penny out of each dollar it spends every year for six years. These gradual cuts over the next six years will balance the federal budget.”
If it were enacted it would have, “capped Overall Spending at 18 Percent of Gross Domestic Product (GDP) Starting in Fiscal Year 2018, Reduce Overall Federal Spending by $7.5 trillion over the Next Ten Years, Would Balance the Federal Budget by 2019 and End Washington’s Unprecedented Spending Spree.”
Sadly, and quite obviously, this did not occur, which is why we’ve gone from a $14.4 trillion debt in 2011 to eclipsing $20 trillion today. Almost one trillion of debt added every single year!
One man more than any who spearheaded the plan was Fox’s Sean Hannity. In December of 2013, Sean Hannity, on his radio show asked what conservatives would like to see, because the current spending plan, “doesn’t work for me. This, to me, is just watered down, what the democrats offer. Now the country voted the president [Obama] in power, yeah you can make that argument. But, that doesn't prevent the Republicans in the House that have the majority, Mr. Speaker [John Boehner] I am talking to you from leading and having a vision, a solution-oriented agenda and telling the country that there is an entirely different way to go about things.”
He was speaking of a spending plan offered by the Republican controlled House on Tuesday, December 10, 2013.
He then introduced, or reintroduced, the Mack Penny Plan on the air, and cited this example. “If you have a budget at home, and you're spending more money than you take in, and you're literally on the verge of bankruptcy in your own personal life, and some accountant comes in and says ‘Here's what we need to do; you need to cut one penny of spending out of every dollar you spend, cut back here, here, here, here, everywhere. Then we can get you to a balanced budget. Cut up your credit cards, do whatever you have to do, but you can't keep spending the way you're spending without going into bankruptcy court.' And you say 'Okay, I can do that.’”
Sean added that, “This is an opportunity for Republicans to differentiate themselves from big-spending, liberal Democrats that are bankrupting the country.”
This was the clear-thinking fiscal conservative we knew Hannity to be.
During the presidential campaign, Hannity interviewed Donald Trump. It was March 7, 2016, where he spoke to Trump about the Penny Plan, saying: “And I think I'm pulling you in on the Penny Plan at least in areas outside the military.”
Trump agreed, responding, “Yes. Well, I like the concept of the Penny Plan - not for the military because the military we have to build up. But we can save probably in many cases more than a penny if you look at it. I mean, the penny plan is a pretty good plan, and it's a pretty simple plan.”
Leap forward – post election. On March 16, 2017, Sean Hannity tweeted: “Pres Trump unveiled his budget keeping key promises like building a border wall and slashing gov spending... That tonight's monologue.” [sic]
This time there is no longer any mention of his preferred Penny Plan, but at least Sean was still on board the “slashing gov spending” train. Unfortunately, that was about all she wrote of Hannity’s fiscally conservative talk.
He appears today to have cast off any pretense of being a government spending hawk, as he posted on his website: “DONE DEAL: President Trump Signs HISTORIC TWO-YEAR Budget Agreement,” adding that, “Just hours after the House of Representatives passed a historic $400 billion budget agreement in the early hours Friday morning, President Trump signed the bill into law; funding the federal government for an additional two-years and averting a second ‘Schumer Shutdown.’” And he’s using Trumpisms like, Schumer Shutdown.”
A few days ago Hannity even described the historic, two year, pork-laden, waste of taxpayer money, “a budget victory.”
For years, we’ve all complained about the democrat stenographers who pretend to be the main stream press. But now it seems the President has his very own in Sean Hannity, and it saddens me to even report it.
Copyright ©2018
Read more by Brent Smith
Tweet