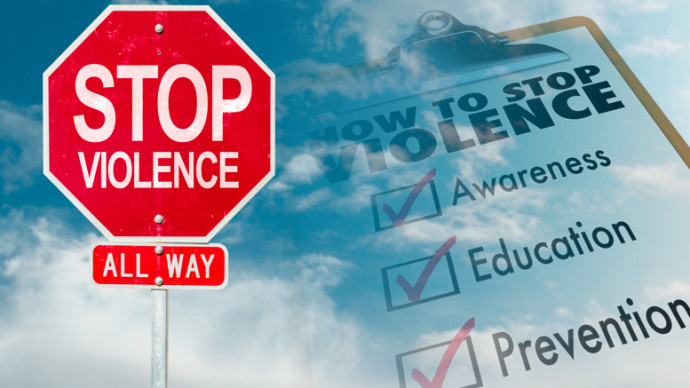 In the aftermath of the massacre at Marjory Stoneman Douglas High School in Broward County, Florida, the lack of full and complete national introspection is woefully apparent. Massive amounts of ink and air time have been devoted to the accessibility of guns, to the point that the letters “A” and “R” are no longer legible on the computer keyboards of many pundits, politicians, and political advocacy groups.

The fascinating aspect of this aftermath is what has not been discussed.

In early media interviews, some students talked about how even the ostracized students ostracized the future gunman. (Note: we have heard the name of the killer enough; no need to repeat it here.) Students who were interviewed refused to reveal the term they used to describe the ostracized.

These clues of open bullying in the ill-destined high school disappeared into the background noise once the NRA was identified in the preferred narrative as the villain in this horrific drama. Bullying. One of the biggest issues of our day, judging by news coverage about young people. But bullying did not fit the official liberal narrative and was subsequently ignored.

Our education system would be taking a beating right now if the public paid attention to anything beyond the national media narrative. We have a problem; solve the problem within the rules of American society – namely, within constitutional constraints. That is how a constitutional republic functions. Unfortunately, such an approach escapes those who lack respect for concepts such as constitutional republicanism, liberty, and logic.

Instead, the children of MSDHS, along with the adults behind the scenes who are manipulating the children, care nothing about how we can solve problems while protecting the liberties of the innocent. They have proven, on a daily basis, that they do not understand how a constitutional republic is supposed to work. They ignore the most obvious and logical method for protecting school children – they do not like the method because it was proposed by the NRA in 2012 and because it strays from the liberal, gun-grabbing narrative of the anti-constitutionalists. Rest assured, the NRA plan is comprehensive. The liberal plan would do almost nothing to solve the problem.

Our education system has been exposed as a network of mental factories engaged in the production of minds lacking understanding of the American founding principles and having biases toward government control.

Many teachers have exposed themselves as political creatures bent on advocacy over true education. Across America, many teachers are encouraging children – mere children – to rise up in support of the Nanny State, in their apparent search for that ubiquitous federal mother, which will look after the weak children until old age gives way to gentle death.

One wonders about the ratio between good teachers – those truly interested in properly educating young people – and political advocates. If the ratio is similar to that of reporters-to-political-advocates in the field of journalism, we are all in trouble. Many teachers interviewed since the massacre have sounded like either head cheerleaders for totalitarianism or cowering abused pets, afraid of their own shadows.

Besides the gunman himself, who is solely responsible for the evil perpetrated, no one has come out of the massacre looking worse than Broward County Sheriff Scott Israel. True, the FBI neglected warnings, but the Sheriff’s Department’s negligence was astounding. After attacking NRA spokeswoman Dana Loesch during the so-called “Town Hall” meeting, additional facts of department incompetence emerged. When a monumental failure is described by the leader of that failure as “amazing leadership,” resignation, or involuntary removal, is surely not far behind.

Scott Israel has become to law enforcement what the Yugo was to automobiles: a joke difficult to believe as true; a breach of trust; and a death trap.

Worst of all, as political observers would expect, the average citizens of our country have not fared well in the aftermath of the Florida massacre. From people appalled that the NRA publishes a political “scorecard,” to the lack of understanding of “why” we have a Second Amendment, to not considering the lack of impact of suggested changes in laws, widespread ignorance and misguided recommendations should be concerning to all advocates of liberty. Some gun owners who fail to understand the purpose of the Second Amendment stand ready to sacrifice some guns, unwilling to believe that their guns will be next, when the small percentage of rifle murders in this country are brought into focus compared to the large percentage of handgun murders.

People – parents and politicians, included – have not demanded we protect children from mass shootings. They have demanded we restrict the liberties of innocent parties in order to lower the odds of mass shootings. Worse, these same people fall for the political agendas of demagogues, who wish to incrementally destroy the Natural and constitutional rights of American citizens.

The young children the liberals are touting as brilliant are growing up to be just like most of today’s adults. The education factory continues producing deficient products. It has all been on display, for those willing to notice. Soon these anti-constitutionalists will find other letters on their keyboards. Wait until they learn about AR-10s and Mini-14s.