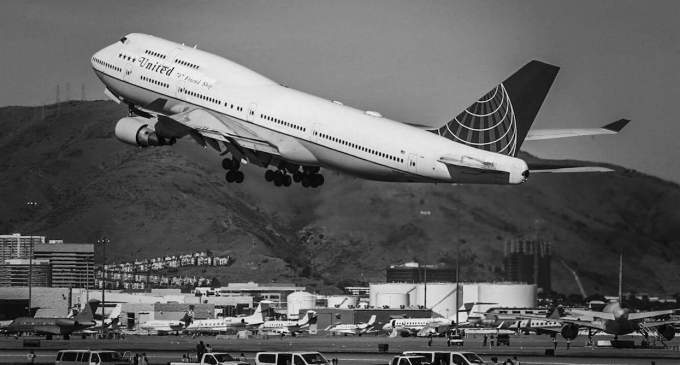 Later today, I am off to Singapore for two weeks, speaking in this amazing city. I suppose I’ve been to Singapore as many as forty times, maybe more. My first time in Singapore was 1979, when there were still dinosaurs there! Just kidding. So, I’m frantically writing this article to get to the Phoenix airport on time. See how important you are to me? I will be speaking at businessmen's meetings and many church meetings. Now, let me tell you how I get there. I call it 'Life Behind the Curtain.'

I travel well over one hundred thousand miles a year speaking at conferences of all types and churches. Most of those flights are with United Airlines because of their sensational frequent flyer program. I'm what United Airlines calls IK. That’s a frequent flyer who flew over one hundred thousand miles with United in the last year. That IK status is a passport into United's world. So is the fact that I now have well over 2.3 million miles flying on United. So as not to be accused of advertising, many other airlines have the same program. Let me tell you more.

One of the perks of being IK is that I receive United System-Wide Upgrades. You guessed it. I’m upgraded into Business/First Class on the International Boeing 787. This flight is the longest non-stop flight that United does. It is listed as seventeen hours and fifty-five minutes from Los Angeles to Singapore. That is a long time. But it is OK if you used your System-Wide Upgrade for the flight. For the price of a coach class ticket, I experience ‘life behind the curtain!’ Even a blind squirrel gets a nut every once in a while. As you may know, there is a curtain between coach class and Business/First class.

The experience of flying coach and flying International Business is dramatically different. Firstly, there is room, lots of room. The seats turn into aflat bed with designer pillows. No problem sleeping on those twelve-plus-hour flights. The seats even knead your back while you are sitting or sleeping! The meals are served to you, not thrown at you! You even get three choices of main dishes, the best wine, and great desserts on real plates with real silverware. Let's not forget the one hundred forty movies or TV shows playing at the same time on your individual screen. It's a whole new world!

Believe it or not, there is a lesson in what I am saying. You see, coach class is like our life on earth. First Class is like our life in heaven. Life here on earth is small seats, low ceilings, crowded conditions, paying for 'edible-challenged' meals, lost baggage, long lines, and security checks. If that's all you have experienced, you think that is normal. That is as good as it gets.

As a Christian, I know there is a First/Business Class waiting for me. It's much better than the world I have experienced so far. Talk about perks! It's Life Behind the Curtain! Even though I love life here on earth, it's nothing compared to the glory that is to be revealed to me and you!  And the trip was bought and paid for by God, through His Son for you and me. It was NOT because we earned it. It was just because. Just because what? Just because we believed in our hearts and confessed with our lips that Jesus is Lord. That is the book of Romans, chapter ten. And that secures you a heavenly upgrade.