Here she is, the USS New York, made from the World Trade Center! 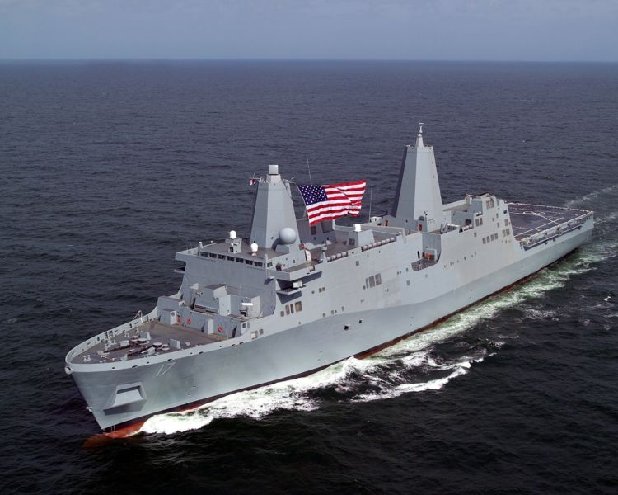 The USS New York was built with 24 tons of scrap steel from the World Trade Center. It is the fifth in a new class of warship-designed for missions that include special operations against terrorists.

It will carry a crew of 360 sailors and 700 combat-ready Marines to be delivered ashore by helicopters and assault craft.

Steel from the World Trade Center was melted down in a foundry in Amite, LA to cast the ship's bow section. When it was poured into the molds on Sept 9, 2003, "those big rough steelworkers treated it with total reverence," recalled Navy Capt. Kevin Wensing, who was there. "It was a spiritual moment for everybody there."

Junior Chavers, foundry operations manager, said that when the trade center steel first arrived, he touched it with his hand and the "hair on my neck stood up. It had a big meaning to it for all of us," he said.

"They knocked us down. They can't keep us down. We're going to be back."