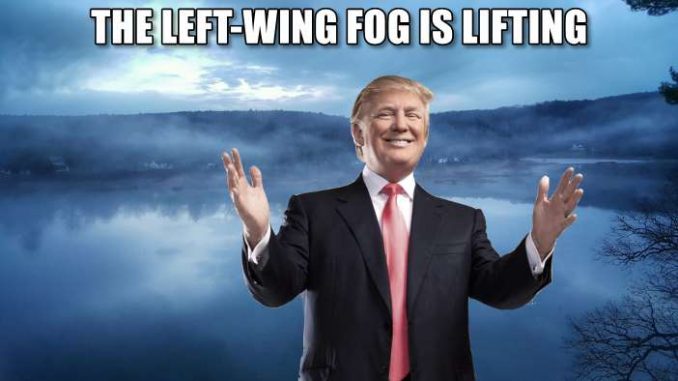 ...[T]ruth will come to light; murder [read: political malfeasance]cannot be hid long...at the length truth will out.” – William Shakespeare, “The Merchant of Venice” (1596)

For over a year now the false narrative that the Trump campaign colluded with the Russians to win the 2016 presidential election has loomed large on the political landscape: a petulant fury from crybaby Democrats who populate the MSM, the legislative minority, and the deep state within government. Ironically, these so-called Democrats no longer respect the democratic process because their “inevitable” candidate didn't win. For them, this defeat is particularly stinging. What else explains the Obama/Clinton party of progressives/socialists who pulled every dirty trick - and still lost?

What will today's breed of Democrats likely be remembered for? Certainly, their constant, unsubstantiated smears of President Trump (and the GOP, in general). And an utter lack of constructive ideas, viable policies, and trustworthy words. Aside from being anti-Trump, what do these polarizing grandstanders stand for - besides doing or saying anything to remain in office?

Perhaps for the first time during the disastrous Obama years, these liberal “servants of the people” habitually make public pronouncements completely divorced from reality. In fact, so incensed by Mr. Obama's dubious claims, who can forget Rep. Joe Wilson (R-SC) yelling “You lie!” during the former president's healthcare speech to a joint session of Congress in 2009?

Mr. Wilson quickly apologized for his lack of civility. But in our topsy-turvy culture, then, the person demonized was only this truth-telling congressman! Two years later “CNSNews.com” reported the facts:

“The Department of Health and Human Services (HHS) announced on Tuesday [August 9, 2011] that it has awarded $28.8 million to 67 community health centers with funds from the Obamacare health reform law.”

Migrant and seasonal workers are typically foreigners. And these subsidized clinics routinely do not ask for or collect data regarding a patient's citizenship status. So, as light dispels shadow, the truth emerged eventually. Unfortunately, a forgiving electorate did not hold President Obama accountable for his utter lack of veracity at the ballot box (as it likely did for Hillary Clinton in 2016).

Speaking of Barack's whoppers, related to Russian interference, he proclaimed during a Rose Garden press conference on October 18, 2016:

“There is no serious person out there who would suggest somehow that you could even rig America’s elections …. There’s no evidence that that has happened in the past or that there are instances in which that will happen this time. And so, I’d advise Mr. Trump to stop whining and go try to make his case to get votes.”

Because the liberal establishment was so confident of Hillary's victory, they did not want to cast doubt on the expected outcome of the 2016 election. When they lost their only option was to tar the winner with falsehoods. Yet, where is the actual evidence of political collaboration with the Soviets? It's only found in the Democratic Party. For example, who can forget President Obama's hot mic disclosure to Russian President Dmitry Medvedev that he would have more “flexibility” to negotiate on missile defense after the November 2012 election? Furthermore, how is the fake Russian dossier on Donald Trump - paid for by the DNC and the Hillary Clinton campaign - not blatant collusion? Likewise, what about the infamous Uranium One deal? The Clinton Foundation accepted $145 million while Russia gained control of 20 percent of domestic U.S. uranium production! (Is that not collusion that rises to the level of treason?) These many instances range from the serious to the silly. More recently, Rep. Adam Schiff (D-CA) was caught on audio tape trying to obtain nonexistent “naked” photos of Trump from Vladmir Kyzetsov and Alexei Stolyarov. He thought they were highly placed Russian officials, but they were just comedians spoofing him! For their deplorable track record, why should anyone believe anything any prominent Democrat politician says?

As intangible as a shadow, the Trump collusion fog is slowly dissipating. Indeed, Trump's election remains an important turning point in our political discourse. As light dispels darkness, the People have liberated themselves from their self-imposed progressive stupor. Besides restoration of the American Dream, hopefully, the Trump era will be remembered for demarcation. Only one party advocates honesty, fidelity to law, citizens' rights, and American exceptionalism. The other offers only continued pot-stirring chaos via their bold-faced lies resulting in further anarchy and lawlessness. In the meantime, their untruthful rhetoric will not stick to the trash-talking “Teflon” Don. Democrats' spurious claims of conspiracy are only true regarding themselves.