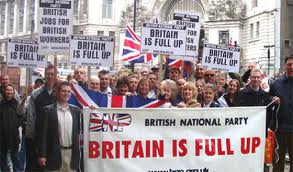 It was a misty morning on June 22, 1948, that the Empire Windrush steamed up the Thames to the Tilbury Dock in London. Within minutes, 492 passengers (and a few stowaways) from Kingston, Jamaica, scrambled down the gangplank to a new life. The new arrivals, most of them black, were the first wave in Britain’s post-war effort to recruit labor from their Commonwealth-nations to solve the worker shortage caused by World War II.
The arrival of the Windrush immediately prompted complaints from some Members of Parliament, and the Colonial Office, the Ministry of Labor, and other national agencies expressed concern about the impact of the passengers on their almost totally white society. Public officials stumbled all over themselves trying to escape responsibility for the newcomers.
There was fear among the passengers that they might be turned back but the Colonial Secretary in the Labor government of the time, pointed out: “These people have British passports and they must be allowed to land.” He added that they would not last one winter in England anyway, so there was nothing to worry about. He was wrong. It was only the beginning and Britain waited until 1962 to add immigration restrictions.
In 1948, the British Empire was collapsing. In 1947, India had received her independence and an exhausted, extended, and encumbered Britain was busy trying to stay alive after an incredible effort to lead the free world in opposition to Nazi Germany. America entered the war and, along with the Allies, saved the world from German, Italian, and Japanese totalitarians.

England was struggling to recover from the ravages of war after it was bombed nightly for eight months by Germany’s Luftwaffe. The enemy first bombed military and industrial areas but after German planes drifted off course and bombed London’s inner city, Churchill responded the next night with bombing of Berlin. Now, there would be unrestricted bombings by both sides. The dogs of war were running wild because they were accidently released!  During eight months of September of 1940 to May of 1941, 18,000 tons of high explosives were dropped on English cities. A total of 18,629 men, 16,201 women, and 5,028 children were killed along with 695 unidentified charred bodies!
When Germany invaded the Soviet Union in June of 1941, the Luftwaffe attacks on England were diverted, permitting relief for the English. About 43,000 civilians were killed in British cities by Luftwaffe bombing during the war.
Because of the bombing of English cities, housing was a major problem for long after the war ended because more than a million homes were destroyed or damaged! When these new immigrants arrived in 1948 from Jamaica, they would cope although they were often met with slurs, slander, and strife by Englishmen who were concerned that so many people of color and different customs had eagerly accepted the invitation to immigrate to the mother country.
The swiftness of immigration increased considerably because Britain needed workers and offered British citizenship in 1947 to thousands of Poles, many of whom had fought for Britain. The 1951 census recorded 162,339 Poles living in Britain.

The government, seeking workers from the Commonwealth, introduced the British Nationality Act of 1948 which granted subjects of the British Empire the right to live and work in the UK. They came in vast numbers from India, the islands of West Indies, African colonies, South American colonies, and colonies in Asia. England quickly changed into a different England.
Because so many hundreds of thousands of English citizens had been killed, there was an increasing need for all kinds of laborers related to the building trades. So many men had been killed and injured there was a pressing need for teachers, truck drivers, salesmen, laborers, managers, etc. England’s officials tried to solve the problem by importing immigrants from their colonies starting with the Empire Windrush group in 1948. The importation of workers from the colonies, many of them non-white, solved some problems and made new ones.
Andrew Joyce, Ph.D. wrote about the non-white 1948 immigration to England in The Occidental Observer on July 12, 2015. Joyce wrote, “In some respects it signalled the beginning of mass, organized non-White immigration into northwest Europe.”

Winston Churchill seemed to be concerned with so much non-white immigration and its impact on British culture. He declared to his cabinet in 1954, “Problems will arise if many colored people settle here. Are we to saddle ourselves with colour problems in the UK? Attracted by Welfare State. Public opinion in UK won’t tolerate it once it gets beyond certain limits.” (Cited in S. Pollard in Ten Days That Changed the Nation: The Making of Modern Britain (Simon & Schuster, 1999), p. 4.)
By 1956, there were over 40,000 immigrants from the colonies that had made England their home. The minority population increased while many white Britons looked at these new arrivals in disapproval, disgust, and disdain – much of it driven by discrimination. As the years passed and Britain worked her way out of vast destruction, the job problem became less severe; therefore, native Englishmen thought the colonial natives were stealing their jobs since immigrants worked for a lower wage. Housing would always be a problem and the fact that many white landlords wouldn’t rent a room to the black population didn’t help the problem.
England is in trouble in 2018 because they mishandled their immigration problem in the past. A major new survey taking stock of the state of the country reveals that immigration is regarded by the English public as the biggest issue facing British society! The BBC reported on explosive research commissioned by the U.S. and European think-tanks that reveals the people in the UK are much more likely to say there are "too many" immigrants. Oddly, the percent in Great Britain of concerned people is 59% and in Germany and the Netherlands, it is 27% yet both countries exceed Britain with a higher level of foreign-born residents.
The BBC reported on the disclosure by the London School of Economics that there are about 863,000 people living illegally in Britain, with about 604,000 (70%) of those living in London! Consequently, more than one-third of inner London’s children do not have English as their first language; they speak Afghan to Zulu. The Inner London Education Authority discovered over 100 languages being spoken domestically by the families of the inner city's school children.
Moreover, there is a major housing shortage in the UK as well as a job crisis. Any normal, thinking person would agree that the more minority immigrants that arrive the more those problems will be exacerbated. The present problem in the UK is similar to the one following World War II and British officials are making the same mistake they made at that time!
When honest liberals review the facts in England and the U.S., they understand that we have immigration problems for many reasons, not simply because of the color of the immigrants. An honest person will realize the shock to a mainly white, mainly English-speaking, mainly Christian society when it is inundated with a large number of non-white, non-English-speaking, non-Christian immigrants. It is deemed racist to say (but I will say it anyway) that America can more easily absorb 500,000 Scandinavians than 500,000 Zulus. To say otherwise is to deny reality.
Moreover, while the racists will accuse me of racism, it is also true that the Scandinavians will absorb into society quicker, with few problems than Zulus. Churchill’s question is still applicable: “Are we to saddle ourselves with colour problems in the UK?” When faced with a choice, why choose the one that will produce more problems? However, in the U.S, the issue is compounded beyond color to language, work ethic, religion, and the big difference in a Constitutional Republic and a Socialist Government!
Ben Franklin in the 1750s voiced concern over so many Germans arriving in Pennsylvania! He spoke of their “swarthy complexion.” Germans call it Uberfremdung or “over-foreignization.” It’s a fear that their homeland will be changed to where it is no longer home. It’s not just a foreign language and foreign practices but the extent of the changes that are overwhelming Americans.
If America is always to be put first, as all sane people will agree, (a principle that all nations should embrace for themselves) we should consider color, culture, caste, and their communication skills when doing any immigration reform. Moreover, immigration should be based on merit, assuring a benefit to America.
However, all immigration should be stopped for five years until we have a handle on the problem. After all, we should learn from the Brits; but it seems that what we learn from history - is that we do not learn from history.
Copyright ©2018
Read more by Don Boys, PhD
Tweet