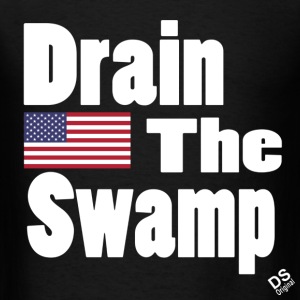 Do the Republicans, Jeff Sessions and even Trump still have the willpower and fortitude to finally begin investigating eight years of corruption, cronyism, and collusion that is the Deep State/DNC/Media cabal?
The answer to that question, of course, is a bold, firm, resounding… Maybe.
So far the record has not been encouraging. However, to be fair, I think very few of us who have spent our lives outside of the Machiavellian and corrupt labyrinth of government ever realized just how far the tentacles of rot and corruption extended. Likewise, most of us naively assumed that the government that we paid to serve our needs actually existed to serve only their own.

Thus let us begin this examination with the clear-headed realization that the term “honest government” is an oxymoron.
All governments have been corrupt and inefficient since the first ruler appointed his pals to posts for which their only qualification was a voracious appetite for power and other people's money. Even in the good old U.S.A., it has been generally accepted that the appointment of under-qualified cronies has long been part of the election “spoils system.” However, during the eight years of the Obama reign, that politically motivated rapaciousness was raised to a high art form.
It was also under the Obama administration that for the first time the meaning of the term “Deep State” became clear. No longer were the upper echelons of all government departments merely packed with cronies and contributors, but the hiring and appointments evolved into demanding a political litmus test of dedication and zeal for leftist policy. In fact under the Obama “Deep State,” the demand for leftist “true believers," obedient to a left-wing/progressive agenda, rose to levels more reminiscent of the fascist and Bolshevik ideologies of the early 20th century than the American spirit of casual and often cynical, political practicality that had usually marked government insiders in US.
There was also another more insidious component to the rise of the “Deep State" under Obama, one that while some people had been observing with a growing unease prior to the election of 2008, only began to emerge from the false cover of 'impartial observers and reporters,' to partisan advocates. Ironically, they are referred to as…the ‘mainstream’ media.
During the eight years of Obama, we finally came to realize that the group that billed itself as centrist reporters of news was in reality aligned in lockstep with the progressive/activist wing of the DNC. The first clues came when a press that had been historically critical of every administration since George Washington suddenly decided to take a hiatus on critical thinking the day Barak was inaugurated. For the next eight years, they seemed pretty content to read and write from government PR handouts and carp about Republican intransigence in a docile devotion that would have made Joseph Goebbels proud.
However, it wasn’t until the election of 2016 that the former 'mainstream media' finally gave up all pretense of being ‘mainstream' and revealed themselves to be firmly and proudly the PR arm of the DNC. From “fake news” to biased reporting, they did everything they could to prevent Trump’s election. Then, on election night, their tear-stained faces and stunned expression denoted the depths of their miscalculations, they swore to funnel their despair into increased far-left activism. Thus was born the DNC/Media/Entertainment cabal that remains devoted and actively working for the destruction of Trump, conservatism, and the traditional Americans that voted for him.
That is the real crux upon which the elites of the “Deep State” rests - the rule of the self-described, ‘enlightened elite.’ They are the people who have infiltrated all branches of government, the media, education, and entertainment industries upon which popular culture and thought are shaped. And until the last election, they assumed that they had succeeded in reducing the ‘average Joe and Jane,' to mindless TV-watching drones who would docilely accept what their ‘betters’ dictated was best for them.

It didn’t work out that way.
That is why the “Deep State” is going to fight, claw, and resist every effort to dislodge them from their current bastions of power. They cannot afford to allow the average citizen to see just how bereft of ideas and talent they truly are.
That also means that the process of dismantling the “Deep State” and returning to a government, media, and entertainment industry that actually serves, informs, and entertains is going to be a long and difficult process.
Hopefully, we still have a president who, unlike the previous one - who informed us he had "a phone and a pen” to pass his agenda over the will of the people - we have one who continues to have the resolve to give it back to the people.

Even after this week's disappointing budget capitulation, many of us who have supported the president and his reforms are hoping that the final verse of this song will not be... "I fought the swamp, and the swamp won."
Copyright ©2018
Read more by Ric Wasley
Tweet