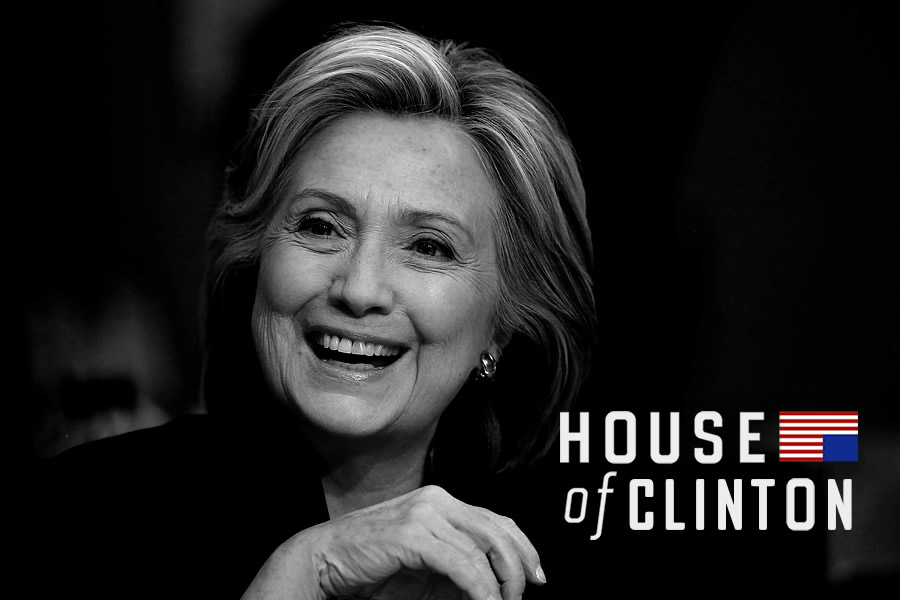 On Election Day 2016, Hillary Clinton experienced a life-changing event. She transitioned from presidential shoo-in to embittered loser. Today, she still travels the world justifying her loss and disparaging the winner. But Hillary has no reason to be bitter, for she and her husband have a special gift that no other politician has.

We all remember the legend of Midas, the Greek king so consumed with greed that he made a pact with a deity giving him the ability to turn everything he touched into gold. But, in fables, there are always strings attached - consequences. And his blessing became a curse when Midas inadvertently turned his beloved daughter into a statue of gold.

Reflecting back on the lives of Bill and Hillary Clinton, it’s hard not to think of the Midas legend. Like the Greek king, here are two life-long politicians, "public servants," who have inexplicably, one might even say magically, amassed a king’s ransom.

And like the fabled king, their wealth did not come without consequences - not so much for the Clintons, but for those around them.

Way back in the 1990s, the country was consumed by the Whitewater investigation, targeting both Bill and Hillary Clinton. There’s a well-known legal formula written by 18th-century jurist William Blackstone, which has been integrated into our judicial system. It reads: “It is better that 10 guilty persons escape than that one innocent person suffer.” If there were a corollary, it might be something like this: “One’s innocence is not proven by the conviction of 10 guilty associates.”

Web Hubbell was a political supporter and partner of Hillary at the Rose Law Firm. He was one of those caught in the wake of the Clintons’ frantic scramble for more of everything. The scandal led to his conviction on wire fraud and tax fraud. There was Jim McDougal, a banker and Clinton partner who was eventually convicted of 18 felony counts of fraud and conspiracy. His wife, Susan McDougal spent 18 months in prison for refusing to testify before the grand jury. She was also sentenced to prison for two additional years for her role in Whitewater, but was later pardoned by Bill Clinton. The investigation ultimately resulted in convictions for 15 Clinton friends and associates. And we shouldn’t forget another friend and former Rose Law Firm attorney, Vince Foster, who allegedly took his own life just as the Whitewater scandal was erupting.

Besides Whitewater, there was Travelgate, Filegate, Monica Lewinsky, and a host of other scandals during those Clinton White House years. Yet, with their influence and political dexterity, the Clintons remained unscathed, unindicted, and undeterred in their dogged quest for untold wealth and power.

And scandal followed the Clintons right into the 21st century. The more recent ones primarily involve Hillary. There was Benghazi, her covert email server, Uranium One, and the Clinton Foundation.

Her defenders now argue all of that is irrelevant, since Hillary lost the election. Do they truly believe that justice is only meant for those who hold the reins of power? Everyone who still has faith in our judicial system believes otherwise. Those directly impacted by Hillary’s scandals believe otherwise.

There are credible allegations that FBI officials Andrew McCabe, Jim Comey, and others bent and broke the law to protect Hillary’s candidacy and to damage her opponent. Facing serious legal consequences, they now join the company of all those past disposable allies used by the Clintons. So far, only a handful of FBI administrators have been fired, demoted, or disciplined. But the debris field from the wake of Hillary’s scandals has only begun to bob to the surface.

Like King Midas, the Clintons do seem to have a magic touch that has stayed with them throughout their incredible journey. It has brought them untold riches, while shifting the consequences of their misdeeds to the people around them. Many of those former friends, associates, and sycophants who compromised their own values to protect these two would probably agree that the Clintons do have a special gift. Everything they touch turns to…well, it’s not exactly gold.

If Hillary Clinton had won in 2016, there would be no controversy today, no revelations of misdeeds by anyone. And Hillary would be spending her days counting her drachmas in the Oval Office instead of grousing about her loss.