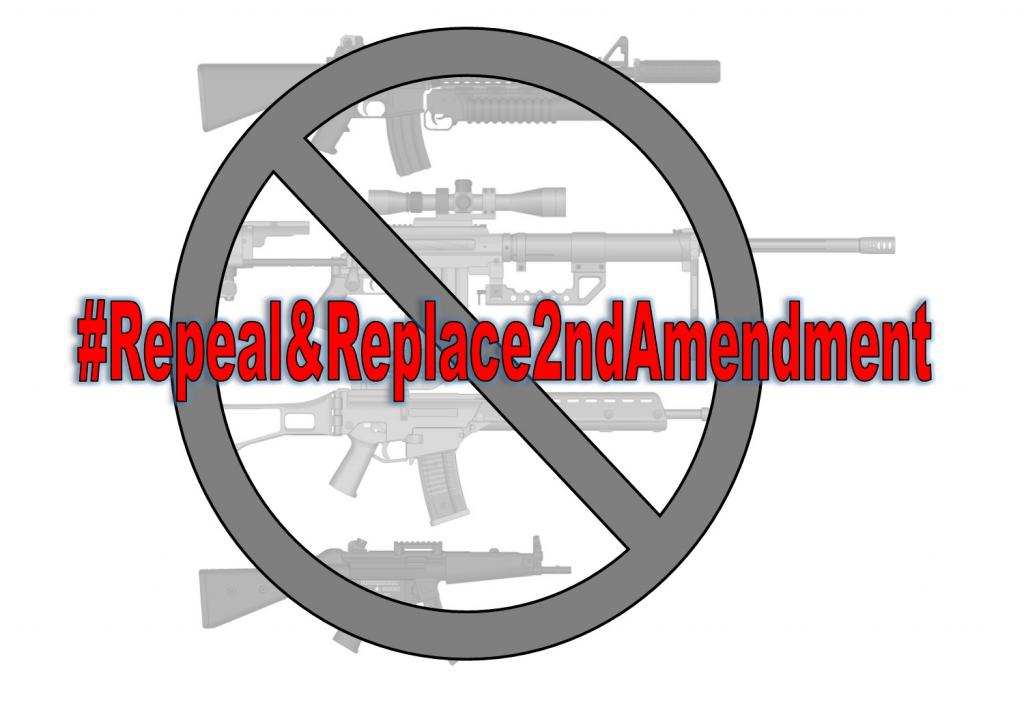 It’s no secret that the number one target (pun intended) on the Democrat ‘gun control’ hit parade is the 2nd Amendment - but once they have consigned that guarantee of America rights to their Marxist “dustbin of history,” which one comes next? The 1st - freedom of speech?
Well, they certainly don’t believe in that one - except for themselves. Then how about the 4th? If you’re going to repeal the 2nd Amendment to deprive citizens of the right to bear arms, how are you going to ensure they give them up? Well, you’d have to be able to search and seize them. Therefore the 4th Amendment needs to go next. Once that one is gone then there is certainly no need for the 5th or 6th either, lest a reactionary with latent republican sentiments be tempted to relapse into lost grievance for their abrogated rights
And so it goes Comrades - going...going…gone!
“Wait!” - cry the DNC/Media/Education/Activist cabal. “What makes you think we want to repeal the 2nd Amendment and confiscate all weapons from the hands of private citizens?” Eyes go wide with innocent wonder. “All we want are, 'common sense gun laws.'” Nudge, nudge - wink, wink.
That’s what we have heard ever since the Obama justice department began the assault on the concept of the historic right of the individual to defend themselves. It is not true.
Make no mistake about it. That is what the Leftists want - the complete subjugation of the individual to an elite ruling class. However, like all would-be totalitarians who dream of monolithic control of the masses, that goal requires a docile and powerless population.
There is a reason why the Deep State under Obama and today’s Democrats have been striving to make America a socialist ‘global’ country - we are the one country founded upon the rights of the individual over the state.
That is why the right of free speech for the individual came first in our Bill of Rights, and the right to defense for that individual came next. The leftist Democrat cannot achieve dominance while either of those uniquely American rights continues.
However, they still have to be circumspect about that goal. They know there are still far too many Americans who believe in the rights of the citizen over the elites and the Deep State, so for the present, they must obfuscate, deflect, and couch their goals in euphemistic platitudes. Thus they say they don’t want to ‘repeal the 2nd Amendment' or 'confiscate all guns.’ Oh, heavens no. All they want are; ‘common sense gun laws’… right.
If you believe that, I have a guaranteed, 100% safe space with your name on it.
That’s why when liberal judicial icon, former Justice and Chicago native, Stevens, announced from that secure ‘gun free zone’ - an ironic oxymoron if there ever was one - that the Dems should take the lead in repealing the 2nd Amendment, those same worthies cringed and privately wished they could muzzle him. Why?
According to Time.com, "Retired Associate Supreme Court Justice John Paul Stevens has an idea for addressing gun violence in America: repeal the Second Amendment. In an op-ed published in the New York Times Tuesday, the 97-year-old former Supreme Court justice argues that advocates for stricter gun control legislation should take the next step and demand the removal of the Second Amendment entirely."
You would think that the DNC, CNN, and the Washington Post would be applauding this pronouncement from the rooftops. Yet a strange silence and even discomfort have rippled through the liberal corridors of power. Why?
Certainly not because they disagree with him taking the first step in dismantling the Constitution, but rather they are worried that he is being too honest and may give away their game plan too soon.
Just like Hitler and Gobbles, on the eve of the 1932 election, wanted the Brown Shirts and Storm Troopers to shut up about their plans for stripping away the rights of the German populace, so too the last thing the Dems want is to announce their plans for chipping away at the Constitution, amendment by amendment, prior to our November election.
However, as has long been said, “Out of the mouths of babes," or in this case aging Libs, comes truth. Thus, I think we all need to pay attention to what is being said, whether by design or accident and take the grim warning to heart. In fact, we would do well to remember what a far greater former justice of the Supreme Court opined on the subject of government zealots and those who purport to trade liberty for the misguided hope of safety - but in truth only wind up abridging freedom for subjugation.
"Men born to freedom are naturally alert to repel invasion of their liberty by evil-minded rulers. The greatest dangers to liberty lurk in insidious encroachment by men of zeal, well-meaning but without understanding." -- Justice Louis Brandeis, 1928
Copyright ©2018
Read more by Ric Wasley
Tweet