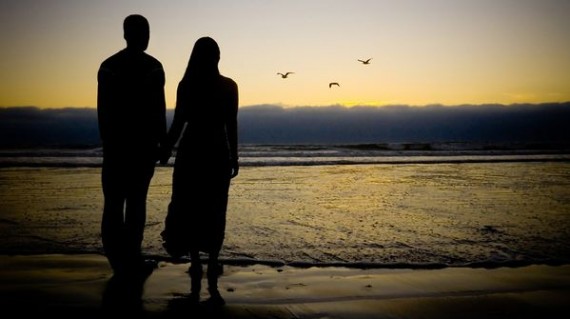 In a recent dictum, the Bishops of the Catholic Church issued a formal open letter titled “Created Male and Female”. In the letter the bishops espoused on the beauty of God-given sexual identity, and although not included in the letter, I will add that an all-perfect God does not make mistakes, and we are all born male or female according to His plan. I applaud the bishops for confronting this controversial issue and in furtherance of advancing Church doctrine for America and the world to see.

Although I have disagreements on certain issues, the Catholic Church has in fact been a lone voice crying out in the wilderness in its defiance in the face of cultural deprivation, and a media and entertainment industry unwavering in their favorable obsession with abortion, same-sex marriage, transgenderism, and the LGBTQ agenda.

The Church’s position on these social issues is anathema to most of the institutions previously mentioned above and has over the past several decades created a divide that has alienated it from the establishment and post-modern mores. This has manifested itself in the Catholic Church being the object of tremendous criticism, ridicule, and irreverence, especially in Hollywood’s often negative and I believe blasphemous portrayals of the Church and priests on the silver screen.

In the age of Trump, the bishop’s letter could not have come at a better time. The issue of sexual identity, transgenderism (gender dysphoria), has accelerated over the last ten years and has grown in influence and acceptance through the unabated and radical agenda of the LGBTQ community that demands its normalization. This has had a profound effect and has spread to such an extent that those institutions of education throughout the country, from elementary through high schools, are being affected.

In many cases policies have been enacted on how one relates to a so-called transgender student and the pronouns used to identify this individual; he, she, male, female, are replaced with it, they, them, businessman or woman with business-person, etc. In many cases when such a policy is implemented, it brings along with it threats of punishment to anyone who does not follow the rules.

Even the military has not escaped the far-reaching influence of the LGBTQ agenda that has used America's fighting forces as a social experiment. Through executive order from the Obama administration, they were forced into accepting transgender recruits into the service, giving them full medical coverage and going so far as to offer transition surgery at taxpayer expense.

In recent elections in Texas, voters had their say on the infamous gender-free bathroom privacy debate that would allow an individual to choose whichever bathroom they prefer to use. In what are termed “Precinct convention resolutions” Texans have an opportunity to vote on various issues of importance. In Proposition 6 they were requested to either agree or disagree with this statement - “Texas should protect the privacy rights and safety of women and children in such spaces as bathrooms, locker rooms, and showers in all Texas schools and government buildings." Ninety percent (90%) said “Yes." Consider that this represents a tremendous consensus that would include just about all the voters, republicans, democrats, independents, etc.

The American College of Pediatricians has spoken out against acceptance of transgenderism or gender dysphoria.

“We are concerned about the current trend to quickly diagnose and affirm young people as transgender, often setting them down a path toward medical transition...We feel that unnecessary surgeries and/or hormonal treatments which have not been proven safe in the long-term represent significant risks for young people. Policies that encourage—either directly or indirectly—such medical treatment for young people who may not be able to evaluate the risks and benefits are highly suspect, in our opinion.”
Finally, the Catholic Church has been a bulwark in the defense of traditional values. Let us hope that the Church continues to have the faith and fortitude to withstand the slings and arrows of moral relativism. The bishops' letter was a long time in coming, but it was well worth the wait. Let us hope they continue to speak out more forcefully, whether vocally or with the written word, on other social and cultural issues.