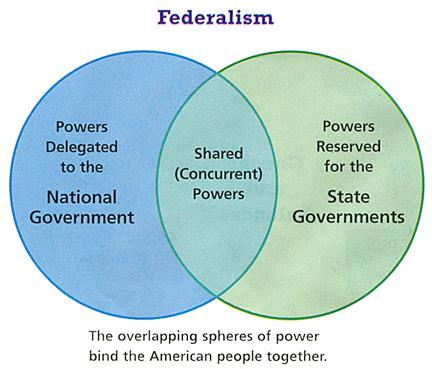 “A long habit of not thinking a thing wrong, gives it a superficial appearance of being right…”
So wrote Thomas Paine in a pamphlet called Common Sense, which aided the cause of American Independence with a logic and a passion that aroused public opinion to hot anger and a firm resolve to resist English tyranny.
Paine’s point is that no matter how long you have been doing a wrong thing, it is still a wrong thing.
This past election Americans seemed to keep this in mind, demanding the limitation and eradication of the numerous and continuous ways that our various governments, at all levels, violate the Constitution and moral law.
As I have discussed in previous articles, the federal takeover of health care was one of these violations. However, when lawmakers “got it passed and read what was in it” they knew that the next Congress would almost assuredly allow it to remain because it would take too much work to undo. They also knew that most paper tiger conservatives lack the “chutzpah” to demand a full repeal of this unconstitutional invasion of federal government into individual healthcare. They are depending on the strategy of doing a “wrong thing with a superficial appearance of being right.”
There are many more examples of this that I fear our newly elected leaders do not feel are wrong.  Neither the Department of Education, nor the Department of Health and Human Services (which administers the Medicare and Social Security programs), nor the Environmental Protection Agency, are authorized under the Constitution, just to name a few.

These rogue agencies of rogue regimes, are a plague on the populace. They are the cause of great strife, inefficiency, waste, and despair. Under the American system, our state and local governments are in the best position and are duty-bound to protect us from the tyranny of this central government lawlessness.
Regrettably, our state and local governments, in most cases, are bought off from doing their duty when they accept federal grants that come with strings attached.  These “strings” usually involve the compromise of the people’s property or the people’s liberty.
While we continue focusing a great deal on what President Trump will do, I fear we are incrementally losing sight of the tremendous allies we have to keep a president and a runaway court in check through our local and state governments.
Today, many of us yearn for the clarity and the conviction of a Thomas Paine who, in his own words, made the claim, “These are the times that try men’s souls.”  However, “Common Sense” would lead us to exercise our self-governing muscle rather than fall into the arms of the next tyrant who will “take care of everything.”  Our president and Congress are still human beings with a sinful nature and need to be held in check once their finger is crowned with the proverbial “ring of power.”
We need local leaders who will stand against the corruption of good-ole-boy politicians and central planners dispersing bribes, tempting the locals to betray their constituents.
While accepting a new variation of federal health care or a conservative head of the Department of Education and Department of Health and Human Services can be the lesser of two evils, it remains evil, unconstitutional, and therefore unlawful.
Learn more about your Constitution with Jake MacAulay and the Institute on the Constitution and receive your free gift.
Copyright ©2018
Read more by Jake MacAulay
Tweet