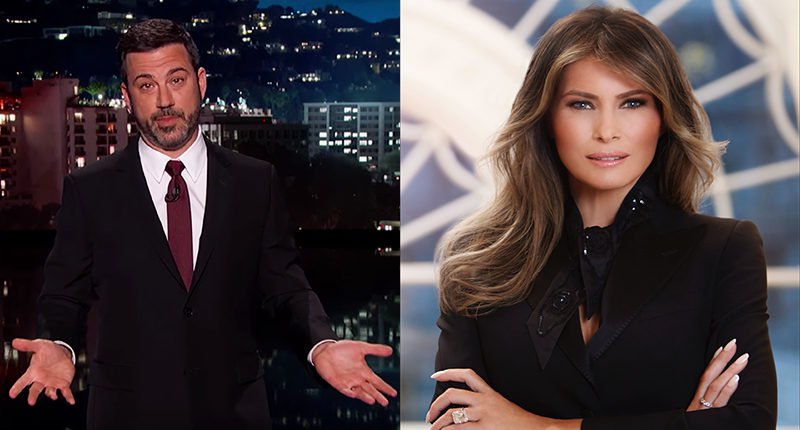 Why is it that the only humor which liberals find amusing is that which is cruel, vitriolic, and spite-filled for all who don’t slavishly adhere to their narrow, intolerant worldview?
Do you remember back when you were a kid in school - grade school, middle or high school? The kids who were the bullies always seemed to be the ones who led the mocking, sneering, and nasty taunts that set the tone for those whom they targeted to ostracize. Usually, the audience for the bully was made up of the kids, who by fulfilling the role of appreciative sycophants, hoped to earn a spot to be part of their “in” crowd.
That fully encompasses the so-called liberal ‘comedians’ and their sad, pathetic, fawning audience who have never risen above their needy algorithm of abusing someone else before the bully notices their weakness and chooses them to be the butt of their ridicule.
Take for example any of the so-called ‘late-night-comedy' shows. At one time they were aimed at ‘middle-America,’ and gently poked fun at the everyday flaws and foibles that we are all heir to. We enjoyed getting a cleansing laugh at our stumbles because we knew that those comedians, from Johnny Carson to Jay Leno, were laughing 'with us' - not at us.
The sorry excuse for late night comedians today exists to be exactly the opposite. They set themselves up as the arbiter on what is ‘cool’ or ‘uncool’ and rely on the old high school bullying tactic of sneering mockery, designed to elicit nervous laughter from those who are merely relieved that someone other than themselves are being picked on for a change.
That’s why it’s difficult for anyone who appreciates satire, humor, or biting social commentary to take liberal ‘comedians’ or their schoolyard audiences seriously - because while they smugly consider themselves to be clever, sophisticated, and superior, they are really barely on the tragic edge of hopelessly pathetic.
Would you like an example?

We have only to turn to a late-nite paragon of liberal values who regularly sneers at the non-elites and epitomizes the sad, un-funny, misnomered ‘comics’ who seem to have nothing to offer but school-yard name-calling. A perfect recent example happened during the Easter Egg roll hosted by the President and First Lady. Naturally, something as innocent and non-partisan as that was perfect grist for the late-night mockery mill.
According to matt.wilstein@thedailybeast.com, the late-night host also made fun of the first lady’s attempt to read to children on the White House lawn. He reported, “'Of course, no White House Easter celebration would be complete without storytime from our first lady,' Kimmel added, playing a clip of Melania reading aloud from a children’s book. He laughed as he mocked her accent..."

Can you imagine if a conservative comedian mocked and made fun of the accent of someone for whom English was their second language? They would, and rightly so, be called out as small-minded and mean-spirited.
But with the typical hypocrisy that has come to typify every aspect of today's narrow-minded, hate-filled ‘liberal’ Democrat, the only resource they feel they have left to facilitate their bankrupt fallacies are typically what in past generations were dismissed as the province of the hopelessly naive or pitifully ignorant...narrow-minded mockery.
However, just as most of those kids who merely stood by and laughed with the bullies, we shouldn’t blame those audiences and viewers of the late night mud-slinging who "go along to get along” with today’s unfunny comics and internet trolls. No, instead we should pity them.
What is really behind the liberal herds that applaud the new generation’s brand of unfunny late-night comics is not that their audiences think they’re actually amusing - no, it’s merely that they are so relieved that they have the opportunity to laugh out loud at snarky humor that they’ll chuckle at any anything that has been deemed ‘politically correct,’ no matter how lame.
That is the true tragedy of the sorry excuse for humor in these shows. The liberal broadcast networks have realized that there is a ready-made audience of people who have been brought up under brainwashing by the educational establishment and have been scolded and intimidated to the point where they are terrified to express opinions about anything that has not been deemed appropriate by the PC censors.
Thus when a snarky, childish, late-night host or TV show mocks conservatives and middle America they are relieved to have the opportunity to join in without worry that they will be chastised for making fun of a ‘protected group’.
What can we conservatives do to combat this? In reality, very little.

There have been, and always will be, those who are weak - the followers. They are the faces in the crowd who watch the bullies and chuckle nervously. They will always be there.
There have also always been performers of dubious talent who take advantage of an intolerant trend or political climate to suck up to the powers that be in the entertainment world to get positions that would be far beyond their capabilities in normal times. They last only as long as the political winds blow in their favor.
However, there is also hope that a few network producers may take note of the recent unexpected but resounding success of the new “Roseanne” sit-com, and decide that it might be financially wise to actually begin programming to the 50% (or more!) of the country that they currently mock.
That indeed would be the best way to counter the sad bunch of unfunny, schoolyard bullies who style themselves as comedians. Show us that you don't have to use 'humor' to cloak your narrow-minded prejudices - you can actually use it to entertain.
Copyright ©2018
Read more by Ric Wasley
Tweet