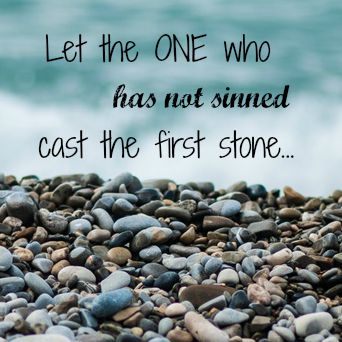 Ever since the last presidential election, Democrats have obsessed over the alleged collusion between the Trump campaign and Russia. For months, they’ve pontificated about some international conspiracy and its damage to our election process. Now that it’s becoming increasingly clear that such a conspiracy never existed, they’ve shifted their attention to President Trump’s character.

Fired FBI Director, James Comey, is even speculating on the veracity of the dossier, even though he had previously testified that it was never substantiated. Facing his own credibility problems, and free to say whatever pops into his mind, he now echoes the liberal narrative that President Trump is morally unfit for office.

But what do Comey and Democrats consider "morally fit"?

A little over 25 years ago, Arkansas Governor Bill Clinton arrived on the national stage, besieged by accusations of corruption and womanizing. Three years into his presidency, he began a sexual relationship in the Oval Office with an intern half his age, a relationship he vehemently denied until incontrovertible evidence and his dishonesty led to his impeachment. Around that same time, a much more serious allegation came to light. A woman came forward with a claim that, as Arkansas Attorney General, Clinton forcibly raped her when she was a young campaign worker. Throughout all of that, Democrats resolutely defended Clinton, denying everything that could not be conclusively proven. What they could not deny, they brushed aside, labeling it a private matter between consenting adults.

The liberal bastion of Hollywood has shown even greater tolerance for things that were once seen as moral turpitude. Over the years, they have staunchly defended, even celebrated, film director and admitted child rapist, Roman Polanski. In fact, liberals and progressives have been working hard to drastically redefine what is moral. Many of the taboos universally denounced by conservatives and our society at large just a few short years ago are now accepted as private matters. And they continue to push the envelope. Democrats are giving us a culture void of moral judgment, and now those same people sanctimoniously judge this president to be morally unfit for office.

Democrats learned a long time ago how to overlook transgressions far more serious than adultery and debauchery.

The Kennedy name has always been magical for Democrats. So when Senator Ted Kennedy drove his car into Poucha Pond in 1969, leaving a young woman to drown, and then lied about it, Democrats responded by re-electing him – again and again – until his death in 2009.

Only by their standards is Hillary Clinton morally fit for the presidency. Along with her husband, her entire political career has been marked by corruption and laced with patent lies. The late William Safire, well-known columnist for the New York Times, once famously referred to her as a congenital liar. That assessment was based on the early Hillary scandals, like her cattle futures bonanza, Travelgate, and Whitewater. Considering Benghazi, her private server, her mishandling of classified documents, and destruction of evidence, Safire might have used a more contemporary phrase today. He might have simply said she’s untethered from the truth.  Yet, just as they did for Bill, Democrats denied all of that, fighting desperately to install yet another corrupt politician in the White House.

She claims she was paid off to remain silent about a sexual encounter with Trump years ago but has now decided she can do much better by hooking up with the Democrats. They have seemingly embraced her with the same unbridled passion they had for Bill and Hillary Clinton, Ted Kennedy, and so many other self-serving liberal icons.

Their love for Stormy is disingenuous, and their attacks on Trump’s character are breathtakingly hypocritical and pointless – pointless because, like the ancient Greek Cynic, Diogenes, most voters have come to accept the notion that human perfection does not exist.

Voters who elected Donald Trump might have preferred a candidate who shared their vision of America and who embodied the honor, integrity, and character traditionally associated with leadership. But voters have learned from the Democrats. They learned to look past character flaws and settled on the one candidate who would help our struggling middle class, who would restore our economic prosperity, our sovereignty, and our national pride. They chose the one who would put America first.