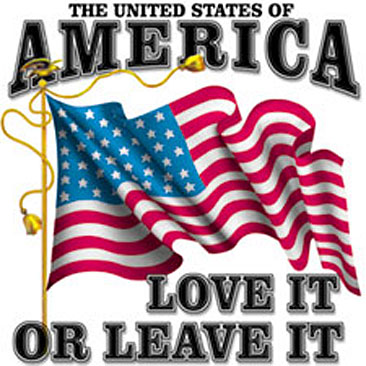 As most of the civil and civilized world was remembering the amazing life of Barbara Bush, wife to one president and mother of another, Randa Jarrar, an English professor at California State University-Fresno (who the Libs gush about, “enriching our culture with diversity”) was trashing the recently deceased, kind and honest first lady by defaming her with that left-wing, catch-all slur - "a racist.”
According to the Fresno Bee, “Within an hour of the official announcement that Bush, the wife of former president George H.W. Bush, died Tuesday at age 92., Jarrar took to social media to call the former first lady an “amazing racist” who raised a “war criminal.” Jarrar also expressed no concern that she could be fired or reprimanded for her outspokenness.” She posted on her Twitter account; "PSA: either you are against these pieces of s*** and their genocidal ways or you’re part of the problem. that’s actually how simple this is. I’m happy the witch is dead. can’t wait for the rest of her family to fall to their demise the way 1.5 million iraqis have. byyyeeeeeeee.”
Well, isn’t that special - especially for such a class act that we’re paying to teach our kids English.
According to her Bio; "Randa Jarrar was born in Chicago in 1978," according to her Wiki page, "to a Greek-Egyptian mother and a Palestinian father. She grew up in Kuwait and Egypt. After the Gulf War in 1991, she and her family returned to the United States, living in the New York area."
Apparently, her hatred for the Bushes revolves around the Gulf War and her apparent empathy for the other side in that war. But if she was forced to return to this country with her parents, why then does she still choose to remain as an adult in a place that she professes to be, “genocidal” oppressors?
Gee…and to think there are those of us who are less than thrilled to roll out the welcome mat for gems like her.
I mean, after all, we are soooo…lucky to be paying taxes to support a brilliant educator like this who arrogantly responded; “I work as a tenured professor. I make 100K a year doing that. I will never be fired. I will always have people wanting to hear what I have to say,” [she wrote recently on Twitter.]
Wow! Where can we find more like her - and just think of your tax dollars at work to support this brand of excellence the next time the government dips its hands into your pocket.
Sadly, haters like Jarrar seem to be becoming less the exception to the rule than the disturbing new norm, as more and more recent immigrants and first-generation kids of immigrants seem not only uninterested in assimilating and becoming Americans, but are bent on deconstructing the country and the concept of freedom it has exemplified for the past 200 years.
Whatever happened to the time when our ancestors came to this country because they were fleeing poverty, oppression, and lack of opportunity? They used to be so grateful to the place that gave such to them that they became, and raised, the most patriotic, hard-working people the world has ever seen.
When was that ideal perverted by the left into a dollar-lined welcome mat for those whose hatred of our country is only outweighed by their desire to squeeze as much “free stuff” out of us as possible?
The answer lies in the corrupt heart of modern Liberalism. That beat is driven by the cynical drive of a few wealthy elites to gain more power than their money can buy them. They have decided they can achieve this by diluting the American electorate with angry, ignorant, insular groups who will happily sign on to any Democrat scheme to redistribute wealth and undermine America as the last bastion of freedom in an increasingly oligarchic and totalitarian world.
All of that is obvious. What is less obvious is what keeps any average middle-class voter (if there is such a thing anymore) voting Democrat?

We know that ever since Ronald Reagan won with the 'Blue-collar Reagan Democrat,' the Dems have been bleeding blue-collar workers who resent their hard earned taxes going to those who don’t work while they work three jobs to pay for them.
In fact about the only middle class ‘working' voters who still vote Democrat are the upper-middle-class urban/suburban Bi-coastal and self-described “educated” voters who are comfortable in their lifestyles and insulated enough not to be directly affected by the chaos their party engenders. Thus they can safely prattle on about “diversity" and embrace "multiculturalism” as long as MS-13 doesn’t move into their neighborhood.
They are the ones who enthusiastically support importing more dependent and hostile third-worlders. But what is really behind their desire to replace the traditional love of country with anti-American activists and thugs? Where does this contempt and hatred of America come from, and would they still feel that way if their own bad decisions at the ballot box affected them directly?
For instance, here’s a question for all of the Anti-American, liberal diversity shills. Would you invite someone into your home who told you your house was ugly, your spouse was fat, your kids were stupid, and you all deserved to die? Oh, and by the way - you should support them, too! Hmmm? Well, that’s exactly what you seem to be doing with our country - our home. And while you’re perfectly welcome to invite those people to share your home, if you enjoy masochism, you do not have the right to invite them into our homes.
So short of enrolling all Democrat voters in a group therapy class to figure out why they seem to continually work against what should be their own best interest, how about we try to get them to at least agree that while they are free to destroy their own lives, they are not free to drag us down with them?
Copyright ©2018
Read more by Ric Wasley
Tweet