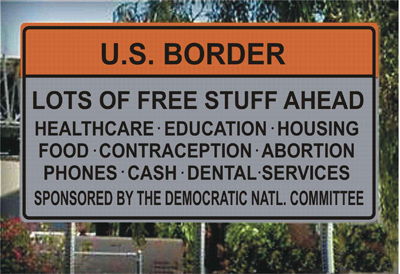 London (some call it Londonistan) is having a massive crime wave with rape up 18%; theft up 34%; murder up 27%; gun crime up 16%; knife crime up 31%; and youth homicide up 70%! Yet, in light of those facts, the London Muslim mayor says it is the “safest [city] in the world”! Of course, Muslims are permitted to lie if the lie advances the cause of Islam!
When Sadiq Khan was first elected mayor of London, the back-slapping, non-stop parties, and the popping of champagne corks were ubiquitous but the rejoicing has stopped as reality has set in. Their “See, we aren’t racists since we elected a Muslim mayor” crusade has flopped. Khan can’t run a city with his Muslim prejudices, principles, policies, and practices. London is fast becoming a Muslim city!
Even British singer and author, Steven Patrick Morrissey stated that London “is debased” and that “civilization is over.” All the attacks in London have been done by non-white criminals! A newspaper headline screamed, “London is ‘DEBASED’ Morrissey rages at Sadiq Khan after violent epidemic!”
Islam has caused problems in other major European cities in Germany, France, Sweden, and others. Recent headlines screamed, “Forty percent of residents in Sweden’s now 61 no-go ‘troubled areas’ fear for their safety when walking outside after dark.” And, “Migrants turn Germany's streets into warzone. Two groups attack each other with machetes in Duisburg.” France is having riots because Muslims take over and fill major streets each Friday to pray.
And the same movie is coming to America.
U.S. borders have been leaking like a sieve for generations and we are reaping what we have been sowing. It is not healthy for a nation to have unrestricted immigration; and during wars, national pestilences, or terror, it is doubly insane not to have strong borders! With a massive increase in crime, burgeoning welfare roles, cities and states whining about being out of money, and hundreds of thousands of Americans out of work, we still have non-thinkers who demand almost open borders! We might as well erect a huge flashing sign on our southern border: "All illegal aliens are welcome! Follow the arrows to Tucson!” We could add an additional sign promising "free medical care and education!"
The Border Patrol catches over 300,000 illegal crossers at the southern border each year and often those immigrants bring with them disease, drugs, and destructive plans to the U.S. During the ¶fiscal year 2017, the Border Patrol apprehended deportable aliens along the U.S.–Mexico border who came from 84 countries that are not in the Americas! Only 42.1% of “deportable aliens” caught along our southern border were Mexicans.
Furthermore, there is a massive amount of fentanyl coming across our southern border. Fentanyl is a synthetic opioid 50 to 100 times stronger than heroin which is the number one killer drug in America. According to the Drug Enforcement Administration, nearly all of the fentanyl in America is from Mexico. A border wall would stop or at least slow down this killer drug.
Many illegal aliens come to America to work in agriculture; however, if farmers can come, so can fanatics. Most of the illegals are not from Mexico, but they are coming through Mexico. With that in mind, President Trump wants to give amnesty to 1.8 million illegals that came as children! That was not what he promised to do.
Many Americans don’t realize that we are sitting on a bubbling volcano that is about to explode, or to change the metaphor, the ticking time bomb is about to explode! It seems few citizens have read what immigration has done and is doing to European nations such as Sweden, Norway, England, France, and Germany.
There are an estimated 100,000 illegal aliens from terror-friendly nations hiding in the U.S. and Americans will hold national politicians, especially the GOP, responsible for terrorism resulting from inaction, ineptitude, or incompetence relating to border security. Observant people know that our immigration situation is a ticking time bomb about to explode!
Should American taxpayers be expected to fund illegal immigrants? Informed people can defend the position that we should not even finance legal immigrants! But, it’s too late because the Washington Post reported the Obama administration gave about 541,000 Social Security numbers to illegal immigrants under his original 2012 deportation amnesty for Dreamers! We have insensitive, insane, and incompetent officials in Washington.
But you knew that.
Copyright ©2018
Read more by Don Boys, PhD
Tweet