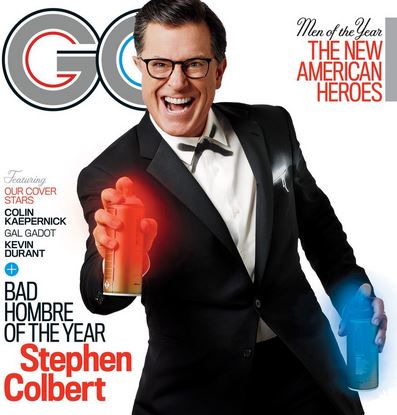 We don’t need to raise too much ire for Gentlemen’s Quarterly magazine, because it was never that important to start. It is a compendium for millennials on what to wear, what to say, and at times – how to think.
Performing as a rag for a pompous generation, it has entered a new season for instructing its own sycophants on what to read via a list of 21 books that you should just not bother with.
Some books that GQ axed are all-time classics like, Catcher in the Rye by J.D. Salinger, Hemingway’s, The Old man and the Sea, (GQ’ers never get old) and Farewell to Arms. American literary icon Mark Twain was snubbed because The Adventures of Huck Finn is to GQ a veiled attack against blacks and a support piece for that old southern hypocritical Christianity.
Salinger gets hit twice as does Hemingway, but who would guess that they would come after Laurence Sterne’s, Gulliver’s Travels and J.R.R. Tolkien’s, The Lord of the Rings.
Is nothing sacred?
Apparently not, because the next great book they scrape off the world's reading list is the most popular book the world has ever known – The Bible.
Several questions come to mind on GQ’s reading critique. First, why do they offer an alternate book – is there some special remunerative interest for them in the alternates, or is it just the ring in the nose of the hipsters by which to lead them to the land of designer living?
Secondly, what kind of people need a vanity magazine to design their reading list – sounds more like indoctrination than the high stylish choices of the elitist in-crowd? Are the high flying independents unable to gather a meaningful personal bibliography on their own? This by any other name is simply PC at work.
It is not until we actually read GQ’s summary of the Bible that we finally see there isn’t much to worry about.
Here is what they said.
“The Holy Bible is rated very highly by all the people who supposedly live by it but who in actuality have not read it. Those who have read it know there are some good parts, but overall it is certainly not the finest thing that man has ever produced. It is repetitive, self-contradictory, sententious, foolish, and even at times ill-intentioned. If the thing you heard was good about the Bible was the nasty bits, then I propose Agota Kristof's The Notebook, a marvelous tale of two brothers who have to get along when things get rough. The subtlety and cruelty of this story are like that famous sword stroke (from below the boat) that plunged upward through the bowels, the lungs, and the throat and into the brain of the rower.”
The idea that people who have never read the Bible are trying to live by the Bible is absurd. Even to this day people are living by the Word of God and many are dying for the words of God, as in the following cross-section of references. (1), (2), (3), (4), (5)
Opinions are one thing, but how can a puffy vanity rag conclude that the book heralded as the wisdom of the ages is sententious and foolish?
Sententious yes - it is the greatest moral guide mankind has ever known. Foolish? It is the Bible that decides what is foolish and GQ doesn’t have a chance. If style, grooming, best stuff, travel, and eats and videos like “Lil Yachty Says He Once Had a Jewelry Addiction” is serious, then we concede.
Until then consider these three Scripture passages that speak directly to GQ and all it represents in our world.
“The LORD knoweth the thoughts of man, that they are vanity.” (Ps 94: 11)

“None calleth for justice, nor any pleadeth for truth: they trust in vanity, and speak lies; they conceive mischief, and bring forth iniquity.” (Isa 59: 4)
“For all that is in the world, the lust of the flesh, and the lust of the eyes, and the pride of life, is not of the Father, but is of the world. And the world passeth away, and the lust thereof: but he that doeth the will of God abideth forever.” (1 Jn 2: 16-17)
Simply put, these verses say that God knows man is vain, and He knows it is so strong that they trust in their vanity.
Much worse, is the fact that the “pride of life” or the contemplative life, the good life is such a perfect draw as to be one of the strongest temptations ever laid upon men. It is the belief that when you have succeeded that it “doesn’t get any better than this,” which deceives men so thoroughly.
If designer jackets and stylish underwear and hipster news are the good life that you would trade off for eternal life (which the Bible reveals) then maybe you’re just getting what you deserve.
Don’t worry - God’s word will be around forever, GQ will be here only for a little while.
“Heaven and earth shall pass away, but my words shall not pass away.” (Mt 24: 35)
Copyright ©2018
Read more by Rev. Michael Bresciani
Tweet