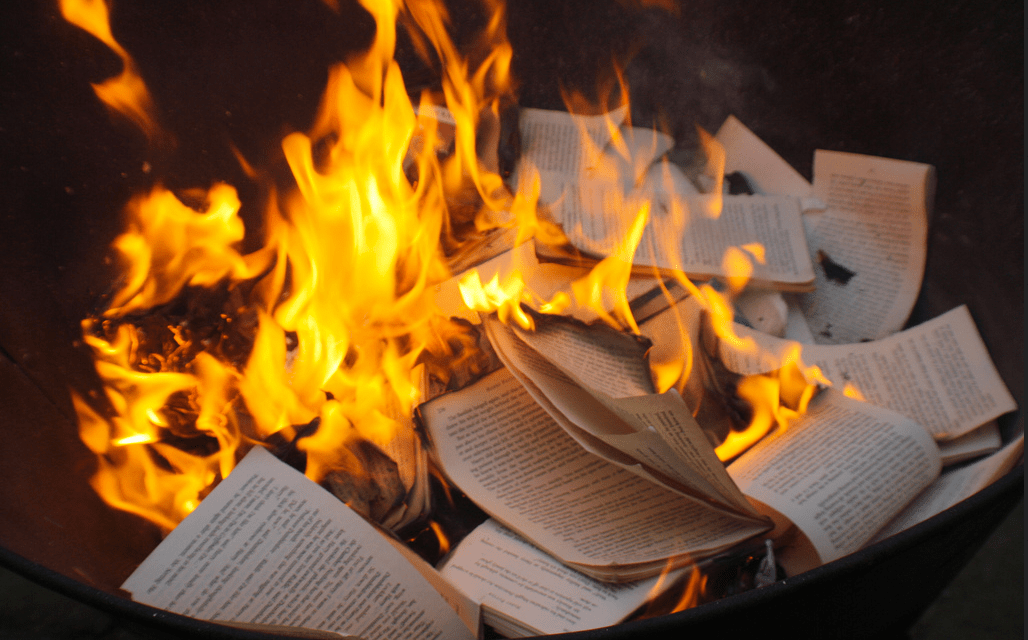 Is this an apocryphal preview of what leftists are already implementing for our future?
There is currently a new (actually a remake) movie out of Ray Bradbury’s 1953 SciFi classic, Fahrenheit 451.
In his book, Bradbury imagined a near future where lawmakers had set “firemen” to the task of no longer putting out fires, but lighting them to burn all the books that they felt contained “dangerous ideas.”
As he often did, Bradbury kept his speculation of the future uncomfortably close to reality. He had seen it first hand. Not only in Germany of the 30’s, but on-going in Russia during his lifetime.
Bradbury wasn’t the only one to warn us about those who feel the only way their bad ideas can succeed is if all others are banned. The thought-police also know that once you eliminate the books with those ideas you must also eliminate the people who spread them.
"Where they have burned books, they will end in burning human beings,” wrote Heinrich Heine almost two centuries ago. Lucky for him he never lived to see his prescient warning come true in 20th Century Germany, China, and Russia and under ISIS in the 21st Century.
We in America shake our heads over that brand of barbarism secure in the knowledge that it could never happen here. But could it?
Yes.

We are seeing it now. Today. Not in some war-ravaged province in the Middle-East, but right here in the United States. In fact, it began, sadly, where many societal changes do - for better or worse - on college campuses.
What is different this time, however, is that usually in the past the changes on campuses came from new ideas and fierce but open debate. Never before in the history of the West, except for Germany in the 30’s, has stringent censorship been mandated in any institution of higher learning.
I’ll show my age by admitting that I went to college during the sixties, certainly a time of radical ideas, protest, and a total questioning of the social norm. The irony, of course, is that often what we were protesting back then was the censorship of free speech. We would have been shocked and dismayed to ever think that many of our children or grandchildren would be protesting for the exact opposite!
Make no mistake about it. That is exactly what the leftist-enforced majority of students, led by liberal professors are demanding today. Nothing less than the total elimination of all speech and ideas, both written and verbal, that do not conform to their definition of political correctness.
It would almost be laughable - if it weren’t so tragic - because more often than not today's PC mandate becomes tomorrows prohibition as each new group battles for the coveted status of “most aggrieved” or “cause du jour.” It’s almost like watching a proverbial dog chasing its philosophical tail in ever-widening circles. Pathetic, but chilling none-the-less.

Another ominous fallout from this repressive policy of ironically named “progressivism" is that the young teachers graduating from these institutes of suppression and enforced political orthodoxy are now bringing that same intolerance and penchant for brain-washing into the public K-12 education system. This ensures that the young minds will be fully indoctrinated before they ever reach college age.
That is also why we who had the benefits of an open society dedicated to freedom of speech, expression, and new ideas, have a special responsibility to work to curb this new wave of Leftist-sponsored intolerance.

Let's give our children and grandchildren the same educational opportunities and the freedom to grow, question, and learn that we enjoyed. The future of America depends on it.