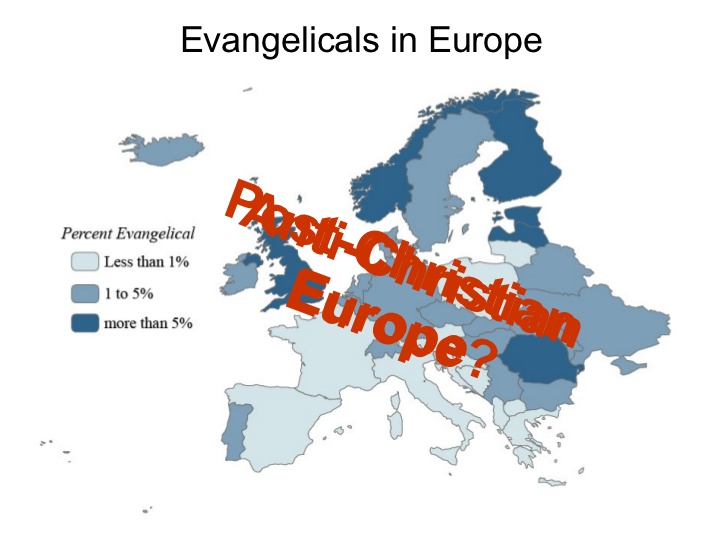 Modern versions of eschatological thought concerning the appearance of the antichrist are more varied today than at any other time in the last century. The idea that modern Europe is the seat of the antichrist remains the most acceptable viewpoint among students and scholars of prophecy.

The idea of a revived Roman empire comes largely from Revelation 17, but the true identity of the antichrist’s kingdom is found in Revelation 17: 9.
“And here is the mind which hath wisdom. The seven heads are seven mountains, on which the woman sitteth.”
While there are over forty cities sometimes referred to as ‘the city of seven mountains,’ including Amman, Jordan, and Seattle, Washington, only one city is recognized the world over as the city of seven mountains and that has always been Rome.
The proof text used to explain the mix of strength and weakness in the antichrist’s kingdom comes to us from the Prophet Daniel.
Not only does Daniel reinforce the concept of the revived Roman Empire, but he describes some peculiar aspects of that last kingdom.
“And whereas thou sawest the feet and toes, part of potters' clay, and part of iron, the kingdom shall be divided; but there shall be in it of the strength of the iron, forasmuch as thou sawest the iron mixed with miry clay. And as the toes of the feet were part of iron, and part of clay, so the kingdom shall be partly strong, and partly broken. And whereas thou sawest iron mixed with miry clay, they shall mingle themselves with the seed of men: but they shall not cleave one to another, even as iron is not mixed with clay.” (Da 2: 41-43)
Present-day Europe is a hotbed of PC divisiveness and cultural confusion. Millions of Europeans still stand against gay marriage and homosexual perversions. Even more are against abortion even though in some EU nations they are losing ground. Post Christian Europe is not keeping Satan up at night planning countermoves, but has become part and parcel to the worldwide apostasy (falling away) of the church.
The Pope has become the proverbial ‘reed shaken in the wind’ and EU protestants are in full retreat. The continent has stepped off its rock and is now subject to the whims and wiles of the Devil.
Nothing shows the EU confusion more than the ongoing rift about immigration. Some nations have drawn a line to halt immigration, but the EU parliament is trying to bring all into conformity and allow yet more Muslim and Arab intrusions on a large scale.
Most western countries have welcomed immigrants since the close of WWII pretty much with open arms, but in the last decade what was a normal influx has become a full scale invasion. It is what America is trying to avoid with things like Trump’s travel ban and tighter restrictions on the numbers of immigrants allowed in on a yearly basis.
These are just some of the headlines from across the Continent which reflect the rising tide of resistance.
Support for anti-immigration party Sweden Democrats at record level
Hungarian DPM: Europe has become vulnerable because it lost its identity and allowed Islam to penetrate it without resistance
AfD sues Merkel over migrant crisis: The chancellor can’t act like a dictator
Thousands of German bikers head to Berlin to protest against Merkel in show of patriotism
Danish minister calls Ramadan dangerous for society
It begins: New Swedish party organises protest against Islamic call to prayer – Wants to stop Islamisation
New ‘Italy First’ coalition wants to deport 500,000 migrants
Greece: Migrants set detention centre alight during protest – It’s a ‘miracle’ nobody died
Sweden’s right-wing AfS party censored by YouTube for wanting to deport 2,000 Islamists
Almost 1,400 minor girls abused by mostly migrant pimps in the Netherlands
These are but a few examples of a growing confusion as seen in the EU on almost all major issues. It is this kind of uncertainty that sets the stage for the reception of the antichrist. He is presented to the world as the great problem solver. Because he is fully powered by the god of this world (Satan) almost all of his solutions to economic, military, and cultural problems will be initially solved with ease.
The world gladly accepts the order antichrist provides and thus are lulled into submission to his reign and the subsequent final insult he proposes and carries out against the Living God.
When he presents himself as the appearance of God on the earth, better known as the ‘abomination of desolation’ (Matthew 24:15-16), time is short. In fact, there will be less than four years until the interventional judgments of God throughout the entire earth.
It is the world’s present confusion that leads to the ultimate confusion.
Michael Bresciani is the editor of American Prophet.org since 2005. The website features the articles and reports of Rev Bresciani along with some of America’s best writers and journalists. Millions have read his timely reports and articles in online journals and print publications across the nation and the globe. Visit https://socialcross.org/amprophet also follow us on Twitter and Facebook.
Copyright ©2018
Read more by Rev. Michael Bresciani
Tweet