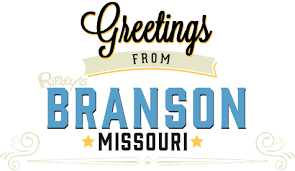 Time travel indeed may be possible: unabashed displays of Christianity; civility between strangers; patriotism; music with respectful and respectable lyrics. I kept waiting for the portal to the past to collapse at the hands of a defiant, screaming liberal, or an offended, spineless Gen Z child. It was not to be; it was just another routine week in Branson, Missouri.

The worst part of Branson was the exasperating traffic, past nearly every music house and restaurant in town, the main drag so thoroughly inundated with tourists. Once a local showed me a shortcut on my trips to and from Silver Dollar City, such traffic was forgotten.

Most of my week in Branson was spent at the theme park. Part amusement park, part exhibition of 19th-century living, Silver Dollar City maintains a family-oriented atmosphere that is a throwback to a time not really all that far gone.

Christian music wafted across the 61 acres of the facility, both from musical acts on various stages throughout the park as well as some of the specialty stores. Christian-branded trinkets and other merchandise could be found amongst items depicting life before the Industrial Era.

Possessing Christian beliefs are not a “must” for park enjoyment, but one’s acceptance of decency is a necessity. Visitors may skip the chapel services if they so choose, but just the mere presence of a chapel sets the tone for the experience. Concerts my wife and I attended each featured at least one patriotic song as well as gospel songs. With Bluegrass music, this is the norm, so the acts may not represent all experiences.

On the other hand, we patronized an old-fashioned riverboat – on a lake – and were treated to an outstanding secular music review, which also included a patriotic song and a Christian number. The show was family-friendly and featured professional-quality performers. According to our Bed & Breakfast hosts, family-friendly concerts with a touch of God and Country is the norm.

The above is not nostalgia for nostalgia’s sake or the ruminations of an old man wondering how the “good old days” got away. The truth is, “the good old days” never were. Many generations look back in fondness at the days of their youth. The difference here is a matter of practicality. As society coarsens each year, attitudes toward others harden. Limits are pushed beyond breaking points, requiring new laws in order to fix breaches to said limits. The former taboo becomes acceptable, requiring the bar of what is taboo to be pushed back further. Enforcement of laws costs money, as does picking up the debris left behind from the brokenness created by each new moral misadventure.

An example is the illegal drug “epidemic.” True, illicit drugs were available 60 years ago and before, but once they became more widely accepted – even cool – we are left with an increase in those who cannot care for themselves and/or are not productive members of society. Either the productive pay for the sustenance of the unproductive or the latter die. In Western societies, we have elected to take the humane route of paying for the unproductive, creating the unintended incentive to not produce.

This brief, simple example illustrates one way a free, rich society can with earnest enter into a death spiral. It also puts the lie to libertarianism, which is essentially social liberalism combined with fiscal conservatism. The problem arises when the bill comes due for the social liberalism. There goes the fiscal conservatism, down the drain with society. Remember the scenario above: someone has to pay for the real-life impact of liberalization of drug access and usage.

Branson, Missouri, is a reminder of a better time in America – even 30 years ago, public mention of Christ did not cause college-aged kids to search for “safe” spaces. References to history did not cause grown adults to think about America’s past and only see the faults. For some, there is no beauty or accomplishment in American history.

Branson is also a symbol of hope – of what we can be again: a little kinder, a little more faithful, a little better. There are times when the thought of traveling back through time has its appeal, but instead of creating a time machine, try Branson and Silver Dollar City. In the middle of the civility and patriotism, expressions of faith and respectful behavior, you can be reminded of what America was – not long ago. Before you go and while you are there, pray we can get all of America back to Branson.