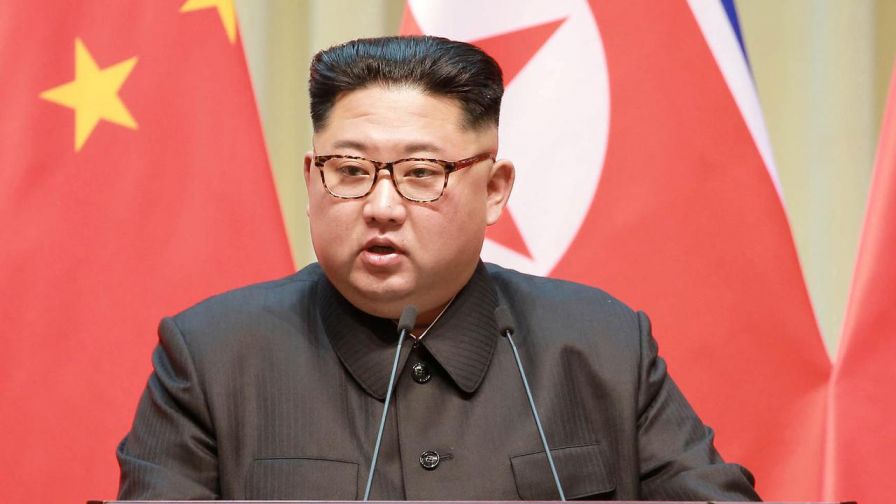 There is little doubt that President Trump knows that nuclear weapons are not the only serious problem with the leader of North Korea.
Even with the difficulty of getting news, pictures, and first-hand testimony out of the rogue nation, enough information is available from secret sources, defectors, and those who have escaped from NK to compile a clear picture of the worst human-rights-violating nation in the region.
Many of those detained, incarcerated, beaten, and regularly tortured have as their only crime the fact that they are Bible-believing Christians. Kim Jong-un, is indeed, the modern eastern version of Emperor Nero.
Christianity a serious threat?
In its annual International Religious Freedom Report issued on May 29, 2018, the U.S. State Department issued a condemning report against the North Korean regime. The communist state considers Christianity a “serious threat.”
To Kim Jong-un, those who kneel to pray and try to love their neighbors as themselves are a threat to his rule and his nation.
Reports indicate that there have been 119 killings, 87 disappearances recently, and as many as 50,000 to 200,000 Christians remain in concentration camps which in every way are similar to those of Nazi Germany. None of the camps are open to inspections by the Red Cross or any other humanitarian organization.
What are their crimes?
Many North Koreans are arrested and shuffled off to the camps for almost nothing. Breitbart said, “The report also suggested that persecution of individuals suspected of being Christians increased recently, targeting North Korean citizens for “crimes” ranging from being found in possession of religious material to simply loitering near a church too long for police to be comfortable with their presence, or driving by a church too many times.”
What do North Korean defectors say about the camps?
Breitbart also quoted Thae Yong-ho, the highest ranking NK official to ever defect from the regime. Thae said Kim needs to allow Christianity and the spread of churches to build trust among the North Korean people.
Thae said to leaders of the west, “You must insist that North Korea builds churches for both South Koreans and foreigners,” Thae said, addressing South Koreans. “You must convince the North that allowing religious freedom will instill trust. Seeing churches with the crucifix will move North Koreans.”
North Korean camps worse than Nazi concentration camps?
According to Justice Thomas Buergenthal, a former Nazi concentration camp survivor, North Korea’s camps are not only worse than Auschwitz and Sachsenhausen, but NK’s political prisons and camps should be labeled as ongoing “crimes against humanity.”
Murder, infanticide, and torture are carried out on a regular basis. Buergenthal, who served on the International Court of Justice, was one of three jurists to conclude that the NK camps are practicing crimes against nature, rape, forced labor, starvation, child abuse, murder, and enslavement. Attempted escapes are met with a firing squad.
One camp survivor said “a doctor, caught trying to escape to China, said he was stripped, hung upside down, bashed and tortured with fire or water. Water mixed with pepper was poured into his nose and mouth,” according to writer Debbie Shipp in an Australian news outlet.
God and the civilized world have only one demand to make of Kim Jong-un.
The term appears 9 times in the Bible and is commonly associated with the Exodus of the ancient Israelites from Egypt. The demand was made by Moses who represented the will of God to the Pharaoh. It was a straight up demand, no mincing of words.
“Let my people go.” (Ex 5: 1)
All oppressors, dictators, and despots have the same demand made on them. It Is God’s nature and a direct command to all those who would oppress others. When they are oppressed for their faith in God the anger of God is invoked. The hermit kingdom of Kim Jong-un is already under the judgment of God with the worst economic conditions of any country in the east.
Why not shine the light so both the Korean people and those in the internment camps are finally relieved of their desperate condition.
What light?
Kim Jong-un - consider these clear calls on exactly what you should do for the people of your nation.
“Is not this the fast that I have chosen? To loose the bands of wickedness, to undo the heavy burdens, and to let the oppressed go free, and that ye break every yoke?” (Isa 58: 6)
“And if thou draw out thy soul to the hungry, and satisfy the afflicted soul; then shall thy light rise in obscurity, and thy darkness be as the noon day.” (Isa 58: 10)
Copyright ©2018
Read more by Rev. Michael Bresciani
Tweet