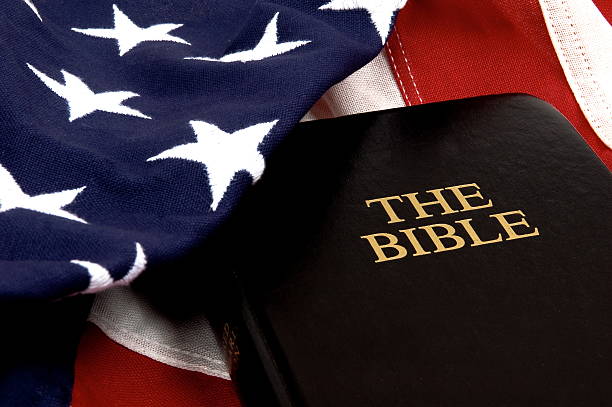 When our nation’s Founding Fathers gave us documents such as the Declaration of Independence, the Constitution, the Bill of Rights, and others, they had to lean upon a common understanding of the law, government, social order, and morality. That understanding sprang from the common acceptance of what has come to be known as our Judeo-Christian Heritage.

Our Judeo-Christian Heritage is the system of values that originates in the Old and New Testaments of the Holy Bible – specifically, the Ten Commandments in the Old Testament and The Sermon on the Mount in the New Testament.

Perhaps Harry Truman, our 33rd president, summed it up best when he said, “The fundamental basis of this nation’s laws was given to Moses on the Mount. The fundamental basis of our Bill of Rights comes from the teachings we get from Exodus and Saint Matthew…If we don’t have a proper fundamental moral background, we will finally end up with a totalitarian government which does not believe in rights for anybody except the State!”

While much has been written to try to dismiss the fact that America was founded on biblical principles, all the revisionist history in the world can’t change the facts. Anyone who examines the original writings, personal correspondence, biographies, and public statements of the individuals who were instrumental in the founding of America, will find an abundance of quotations showing the profound extent to which their thinking was influenced by a Biblical Worldview.

Here are some examples:

John Hancock, the first signer of the Declaration of Independence, said, “Principally and first of all, I give and recommend my soul into the hands of God that gave it; and my body I recommend to the earth…nothing doubting but at the resurrection, I shall receive the same again by the mercy and power of God.”

Patrick Henry, Ratifier of the U.S. Constitution, said, “It cannot be emphasized too strongly or too often that this great nation was founded, not by religionists, but by Christians; not on religions, but on the gospel of Jesus Christ.”

Benjamin Rush, a signer of the Declaration of Independence, said, “My only hope of salvation is in the infinite, transcendent love of God manifested to the world by the death of His Son upon the cross.  Nothing but His blood will wash away my sins. I rely exclusively upon it.”

John Jay, the first Chief Justice of the Supreme Court, said, “Providence has given to the people the choice of their rulers, and it is the duty, as well as the privilege and interest of our Christian nation, to select and prefer Christians for their rulers.”

Charles Carroll, another signer of the Declaration of Independence, said, “Without morals a republic cannot subsist any length of time; they therefore who are decrying the Christian religion, whose morality is so sublime and pure…are undermining the solid foundation of morals, the best security of the duration of free governments.”

Perhaps John Adams and John Hancock said it best when they said, “We recognize no sovereign but God, and no King but Jesus.”

Based on these quotations, we could conclude that the founders almost all thought from a biblical perspective.

During the next few weeks, we will identify the 7 principles of our Judeo-Christian heritage.