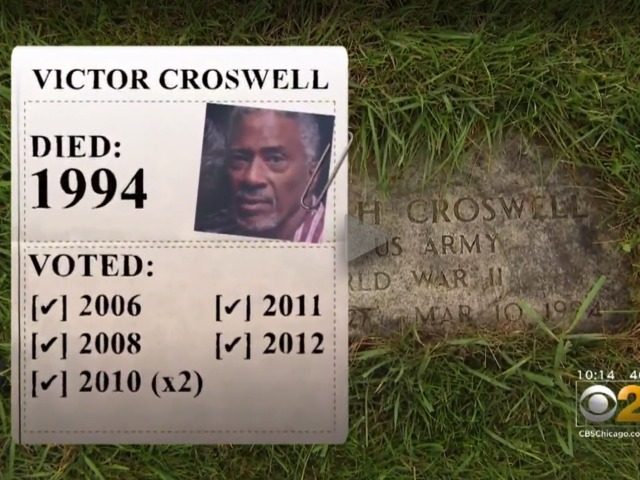 Boy, the left is not happy about this.

Voting in elections – local, State and national, is a right of every American citizen, 18 years of age and older. There is no test or licensing process one has to go through. That’s how we know it’s a right.

Well, check that - kind of. The Second Amendment confirms the right to own and carry a firearm, yet look how many hoops one has to jump through in many States just own, much less carry one.

The Constitution, and by extension, the various levels of government, does not confer or bestow these rights, but merely confirm our natural rights. In fact, voting is so important that it is covered in the 14th, 15th, 19th, 24th and most recently in the 26th Amendment, ratified in 1971. It was the second-to-last time the Constitution was “legally” amended.

So why bring up the subject of voting rights? Because, as many of us know, the United States Supreme Court recently handed the democrat party a potentially crushing bit of news. In Ohio, dead people will no longer be allowed to vote.

Okay, it’s a little more than that. In a typical 5-4 decision, the high court affirmed that it is indeed constitutional for the State of Ohio to clean up its voter rolls.

The State wishes to purge from the voter rolls, dead people and those others who have not voted for some time, in order to prevent voter fraud, among other things. The Ohio policy has been dubbed “Use it or Lose it.”

“Under the state policy, voters who have not voted in two years are flagged and sent a confirmation notice. Voters who fail to respond to the notice and don't vote within the next two years are removed from the rolls,” writes the Hill.

To me, and the Supreme Court justices, five of them anyway, this seems perfectly reasonable.

Justice Samuel Alito wrote the majority opinion, saying: “The notice in question here warns recipients that unless they take the simple and easy step of mailing back the pre-addressed, postage-prepaid card - or take the equally easy step of updating their information online - their names may be removed from the voting rolls if they do not vote during the next four years,” Alito wrote. “It was Congress’ judgment that a reasonable person with an interest in voting is not likely to ignore notice of this sort.”

May I add that a reasonable person with an interest in voting is also likely to…I don’t know…vote.

Naturally, the Dems are going ballistic, as did the leftists on the high court, over the decision. And of course, they are using the same tired old argument that minorities and the poor will be unfairly targeted by the ruling.

But they should be worried, as the bellwether battleground State of Ohio is now the seventh State to adopt such rules. The other six are Georgia, Montana, Oklahoma, Oregon, Pennsylvania and West Virginia.

“In a statement, Ohio Secretary of State Jon Husted (R), said the state's process can now serve as a model for other jurisdictions. ‘Today’s decision is a victory for election integrity, and a defeat for those who use the federal court system to make election law across the country,’ he said.”

Now, I’m not one for court precedent, as such a thing usually leads us from bad to worse, but in this case, it’s actually a good thing. Other States who were considering the same type of program may have shied away due to the potential for lengthy litigation from leftist interest groups.

However, now that the Supreme Court has ruled, the decision makes lefty activist challenges moot, and renders liberal activist judges, in the various lower courts, impotent.