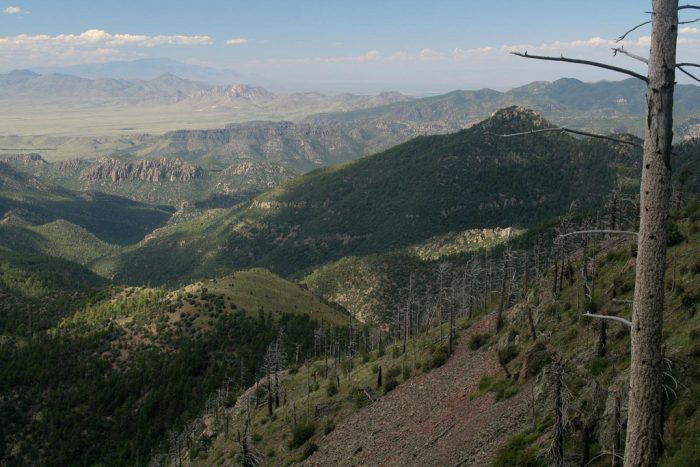 Last week, my wife Becky and my 94-year-old father took a driving trip. I had a ministry appointment in Durango, Colorado. My father loves adventure. He is mentally sharp and always ready for an outing. And Becky is the road trip queen.
So off we went for a five-day adventure, combining ministry and pleasure, visiting a cousin in Mancos, Colorado, as well as staying at the famous Strater Hotel in Durango. Also, he wanted to revisit the narrow-gauge railroad in Durango that travels to Silverton, Colorado, and back. I think he was hoping he could hop on the train and shovel coal into the steam powered locomotive. Anything is possible for him around trains and locomotives.
When we arrived in Durango, the train was closed due to a huge forest fire north of Durango. The city was filled with smoke. The forest fire was burning right on the train route. Alas, our plans were dashed as far as the train. We had to adjust. We fly fished the Dolores River. We made the best of our time while we were there. But something was missing.
Knowing my father was suffering from ‘adventure expectation disappointment,’ I decided on something unexpected. Rather than take the normal drive back to Phoenix, we would take some ‘roads less traveled’ back to Phoenix. I opened the map and looked at options. There it was, the perfect adventure. “Let’s take smaller roads through the Navajo Nation back to Phoenix,” I said. “We have never been this way before. This will be great.” Can you fell the doubt?
Becky and my father reluctantly agreed. So off we went into the great unknown, at least for us. We drove to Shiprock, New Mexico. Then went south to Indian Road #13 which headed west through western New Mexico into Arizona, ending up at Chinle, Arizona. My father and Becky were not amused, wondering if #13 was a sign of our future.
What we discovered and uncovered on this road was the highlight of the whole trip. As we went into Arizona, we stopped at an outpost named Red Rock. There was even a gas station with food. My passengers were encouraged by this. I fueled our rented Rav 4, just in case. As we traveled on, climbing higher, the sandstone turned into cedar trees. Ahead was a very large mountain with pine trees. The road went up the mountain.
My father was stunned. Born in Phoenix in 1924, he has been in Arizona his whole life. He had no knowledge of a high mountain in this part of Arizona. It was beautiful. A spring of water flowed from one ledge along the two-lane paved road. The road ascended to 7200 feet. The mountain top is 9685 feet high. There was cool air, amazing views, pines trees, green grass, and water. To top it off, the decent was a 14 degrees downgrade. That was the best part of the trip for Dad. The road less traveled was occupying unused brain cells in his 94-year-old head. He was entertained. What an adventure!
This mountain creates the water shed for Canyon de Chelly National Park. Highway #13 finished by traveling along the north edge of Canyon de Chelly, arriving at Chinle. It’s a more direct route to Phoenix than the roads more traveled. Our route through the Navajo Nation took us on Highways 13 to 12 to 64 to 191 to 15 to 6 to 77, ending up at Holbrook, Arizona. Then, for more adventure, we took the road from Holbrook to Heber and visited the OW Ranch on the way home.
What’s the lesson here? Firstly, when you have the right navigator and a road map, you can enter spaces, places and graces you never knew existed. Becky, the super navigator, got us there. You enjoy the journey when you follow the map. Secondly, don’t be deterred when your plans get messed up. If the door closes, its probably someone else’s door. You will get there in the right time.
Highway #13 was not what it first appeared to be. Treasures lie in unexpected roads. God has something to say about this. We’ll explore this next week.
Ed Delph   June 18, 2018   CCC
Copyright ©2018
Read more by Ed Delph
Tweet