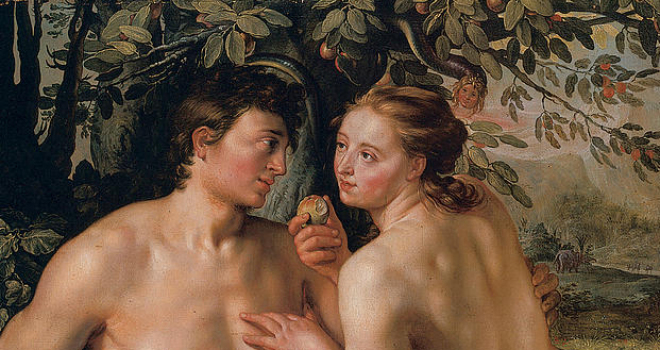 The allegations of sexual misconduct by the television news readers, the arrest of major media moguls, and the conviction of Bill Cosby, in addition to many other aggressions, demand a look into the history of aggression and male and female sexual aggression. After all, it would be irresponsible not to consider both.

Everyone will agree that male and female aggressions are ever with us disconnecting families, disrupting the workplace, disturbing society - and dumping rapists, killers, and thieves into the prisons.

All Conservative theologians teach that sin was inflicted upon us by the first family’s disobedience to God’s clear command. The result of that disobedience is the cause of all pugnacious activities. However, most people don’t believe this in our day, and some liberals declare that all violent behavior is an abnormal activity in flawed persons (of course, everyone is flawed), or it is a response to provocation or stimulation. Then, if those provocations can be identified or eliminated, all violence could be expelled from the earth.

When God created the world and man, He placed Adam in the Garden of Eden to dress and keep it. All the other creatures had sexual counterparts but not Adam, so He created Eve to be Adam’s “help meet.” When Satan initiated the Fall, he used a serpent to convince Eve to disobey God. Satan approached Eve, not Adam and when they sinned by disobeying God, Adam, not Eve was reproached by God. The man had to accept most of the responsibility.

Satan saw Eve as vulnerable and God saw Adam as responsible as head of the nascent human race. As a consequence of their sin, Eve would deliver children in sorrow and pain, and Adam would have to work hard fighting the birds, bugs and beetles, thistles and thorns, drought and downpours to produce enough food to sustain them. All Bible-oriented denominations used to believe that.

It is interesting that the couple, newly sinners, showed the very human quality of placing blame rather than accepting responsibility. When confronted by God for their sin, Adam blamed Eve. She then blamed the serpent, who of course, didn’t have a leg to stand on.

Note the deterioration: It is generally agreed by conservative theologians that Creation took place about 4000 B.C.; A few hundred years later Cain killed Abel;  Over the next five hundred years, violence and wickedness accelerated to the point of provoking God to destroy the world with a global flood about 2400 B.C.

Adam’s son, Cain was an Alpha Male or as Chad Howse wrote, “the real man, a man’s man, a warrior, a stand-up guy. It doesn’t matter what you call him, he’s a leader, the guy others look to for motivation, inspiration, and often with a hint of jealousy.” Such a dude was Cain who with his drive, desire, and determination to escape his family and belligerent background, left family and friends to build Enoch, the world’s first city. Cain tried to escape his reputation without success. As Matthew Henry commented, “those who depart from God cannot find rest anywhere else.”

Note the progression and rapid growth in violence and especially the development of female aggression following the Flood. Even with a new start, there was failure.

In the very earliest days of civilization, Nimrod was an aggressive male being “a mighty hunter” who built the Tower of Babel in present-day Iraq. Flavius Josephus wrote that it was likely under his direction that the building of Babel and its tower began.

The first indication of warfare is seen about 2084 B.C. in Genesis 14 when a coalition of kings kidnapped Lot along with others and fled the countryside. Abraham, being responsible for his nephew, armed his 318 trained servants and pursued the bad guys almost to Damascus. He fought the enemy and brought back Lot, his family, and servants and all the bounty. All modern warfare started at that time.

Of course, there was fighting in various parts of the occupied world from the beginning but in 1457 B.C., the first detailed account of an actual battle comes to us from the ancient Egyptians. It seems a series of fiefdoms in present-day Syria and Israel rose up against their Egyptian masters in the Battle of Megiddo. In modern-day Israel, the site will be the place of the Battle of Armageddon in the last days.

Aggressive women are seen in 2067 B.C. when Sodom was destroyed and Lot’s daughters had sex with their drunk father “that we may preserve seed of our father.” This was the first time the written record shows females being sexually aggressive. Then, in 1898 B.C., Tamar deceived Judah, her father-in-law, into thinking she was a prostitute and slept with him. Nine years later, Joseph, master of Potiphar’s house, refused to be seduced by Potiphar’s wife as he fled with his coat left in her hands. Obviously, females can be aggressive and make false accusations against a totally innocent man! That’s been true from almost the beginning of time.

That fact must be constantly reiterated, even shouted from the housetops.

God created male and female each with a personality, potential, and propensities to perpetuate the human race. He made man to be strong to protect the family and to provide daily sustenance. He would have to work hard to meet the needs of the family. Men are to protect, provide, and preserve the family unit.

The woman was given persistence, patience, and placable qualities to round out the family’s needs. Men are made different from women - but you knew that. Women don’t need upper body strength as men do. Some argue that the differences in the genders are a result of millions of years of evolutionary progress while others tell us it is simply the original creation plan. Each gender is made to accomplish the reason for their creation - the continuation of the human race.

In recent months, men realized the rules between men and women have changed after some male pigs took advantage of their position, power, and prestige to grope, fondle, kiss, and rape women. Only God knows how many accusations were false and prompted by revenge, hatred, or publicity. Only a fool or a screaming feminist refuses to admit some of the charges were untrue. False accusations have damaged and destroyed some innocent men and nothing on earth can help them.

Many in authority have taken the position that a false rape charge never happens, but those people will believe anything. They think Pepsi will sell for a nickel again, mainland China will retake Taiwan, the Democrats will come to their senses and cooperate for the good of the nation, and Elvis Presley, Jimmy Hoffa, Judge Crater, and Amelia Earhart will be found eating an escoviche dinner with adult beverages at a beachside bistro in Jamaica.

If men get to where they have no interest in women then the future of the race is in jeopardy. Men, by their nature, are aggressive in all areas of life; however, that aggression must be harnessed and directed by caution, kindness, gallantry, honesty, and grace. A man must never force his attention upon any woman and if he does, the full force of the law should hit him like a pile of bricks. However, courtship and romance must never be taboo or out of date. For France to make it illegal for a man to ask a woman for her phone number ($435.00 fine) is insane.

But then, that happens in France.

The left fears, hates, and tries to castrate strong, white men, and while that could solve an immediate problem it sure does not bode well for the future.