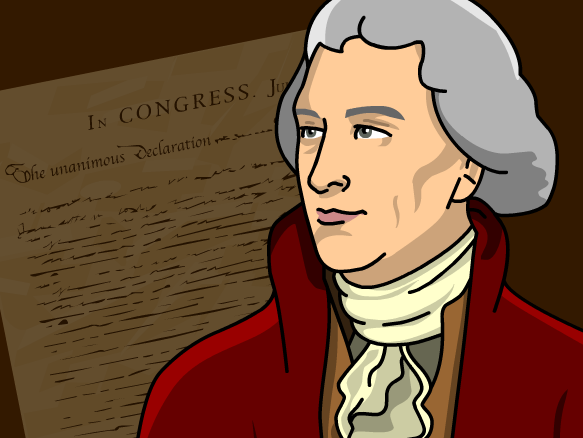 “If a nation expects to be ignorant and free, in a state of civilization, it expects what never was and never will be...” - Thomas Jefferson.

“If a nation expects to be ignorant and free, in a state of civilization, it expects what never was and never will be...”

When Jefferson, the principal author of the American Declaration of Independence, wrote these words, he was expressing a truth that relatively few Americans appreciate today.

You see, an elected or appointed official at the local, state, or national level is required to take an oath to defend the Constitution of both his state and the United States. His job, then, is to follow his oath. Fair enough…but what about the rest of us?

What is our job?

As citizens of our State or of these States united, our job is to make sure that office-holders follow their oath so we can remain the “Land of the Free.”

As you might realize by now, my family’s mission is to make sure that the foundational reasons for American liberty are taught and known.

Almost every American I encounter knows that America is different from the rest of the world. Americans generally love America because we have amazing liberties, prosperity, opportunity, peace, education, entertainment, access, and infrastructure. The troubling part about this love of country is that it is, for the most part, enjoyed in the face of ignorance of any foundational reasons for the aforementioned.

Recently, my wife and I traveled to Colorado where I had the privilege to present to a number of individuals at the massive Colorado Home School Convention. I later brought some of my students from the convention to visit a champion of God-given rights, Jack Phillips of the Masterpiece Cakeshop.

We should all be so grateful that this man didn’t just sit back and ignorantly enjoy his liberty in America. When discriminated against, Jack stood and endured the warfare to preserve liberty for his family and future generations.

Jack understood that one does not have a right to divest themselves of God-given rights. As a matter of fact, by asserting and victoriously defending his God-given right to practice his artistic expression within the moral boundaries of God’s Word, he helped defend all of our God-given rights.

But how can you or I do this if we don’t know what the Constitution declares, or what it means? If we don’t know the rules, then how can we tell if they are being followed?

If we don’t know these essential elements of citizenship – what used to be called “civics” – then it is difficult to object to direct affronts against our liberty.

In short, if we are ignorant, it’s won't be long before we aren’t free.

Make no mistake - our American Liberty is simply the blessing of Almighty God and the bi-product of carefully following His Laws, which are the formula for prosperous individuals, families, the Church, and Civil government.

So let’s do away with ignorance and learn our Bible and the Constitution, the true ingredients of the Masterpiece we call liberty.