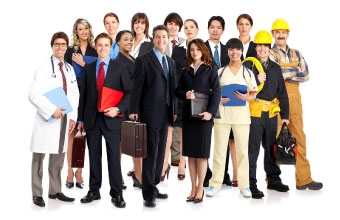 Two Palestinians, a Mexican, a Syrian, and a black man are sitting in a barbershop. This sounds like the beginning of a joke but it describes a recent encounter I had. I was getting my hair cut and my barber, a middle-aged Palestinian, and I were discussing current events. The barber in the next chair was a young American-born Palestinian. He became the catalyst for an extended discussion.

He said, “Trump’s a racist and when was America ever great?” “Since the Civil War”, I said. He told us a story of being detained at the airport for eight hours as evidence that the country is racist. Before I could probe, the older Palestinian said, “Nothing like that has ever happened to me and I’ve been here over 30 years!” He made the important point those who see racism in everything miss; because racism exists doesn’t mean the country is racist. Individuals are racists, America is not.

The young Palestinian continued, “Look at how the government put drugs and guns in the black community.” I pointed out that the majority of people in these communities did not partake in these ills. He said they were lucky. I argued that the biggest contributing factors were how children were raised and whether or not they had a present father or male role model. The Syrian exclaimed, “Exactly!” I told them that the government didn’t encourage fathers to stay in the home, many fathers didn’t do enough to stay involved, and some mothers didn’t want the fathers around. This was detrimental to many boys.

I asked why immigrants have an easier time gaining success than blacks. Many groups come here with nothing, and yet progress. In one generation, their children are graduating from college and opening businesses. The middle-aged Palestinian agreed, saying, “Look at the Somalis in Minnesota. If it was about skin color, how could they, and other black immigrants, come here with nothing and prosper?”

The Mexican chimed in, “The problem is that young people don’t know history.” I perked up. Then he veered off the path, “In 1847 right after Mexico won its independence, our land was stolen by the U.S.” I asked him who Mexico won its independence from. He said Spain. I asked him, “Where’s your anger toward Spain?” Here’s a map of the world from around 1750. Most of the world was under some foreign rule, including America.

The Mexican continued, “You really think this country is great? There are a lot of countries greater.” I asked him to name one and he reluctantly said Denmark. I told him that great doesn’t mean perfect or greatest. With nearly 200 countries, more than one can be great. But are they?

Let’s assume we wanted to rank the greatest countries in the world. We would first remove 3rd world countries and countries with high unemployment and limited economic opportunities. This reduces the list to about 20. Since the anti-American crowd is all about diversity and equality, countries with official religions would have to go; there goes Denmark. We’re told that having an official language is inherently racist. Only seven countries besides the U.S. don’t have one. Lastly, we would eliminate non-diverse populations; gone are Japan and the former Soviet states. This leaves only two or three countries to consider.

What many fail to see is that we are the greatest country not because we are the greatest at any one thing but because we are great at many things. Many believe Michael Jordan is the G.O.A.T. (Greatest Of All Time); however, he is not the all-time leader of any statistical category in NBA history. People need to view the totality of America versus the totality of other countries.

Finally, I asked them what group is most discriminated against; they did not disappoint. The Palestinians said Muslims, the Mexican said Hispanics, and I, not surprisingly, said blacks. Everyone picked the group to which they belonged. This highlights the fact that we are guided by our own biases that skew how we see things. I must note; I said black not because we are hated more, but because we’re easier to spot.

The older Palestinian summed up the conversation saying, “If you are black or Muslim and have good credit, can you get a loan?” We said yes. He added, “If you are white with bad credit, do you have a hard time getting a loan?” We said, “Yes.” He said, “Then America is not racist! You get out what you put in.”

That ended the conversation.