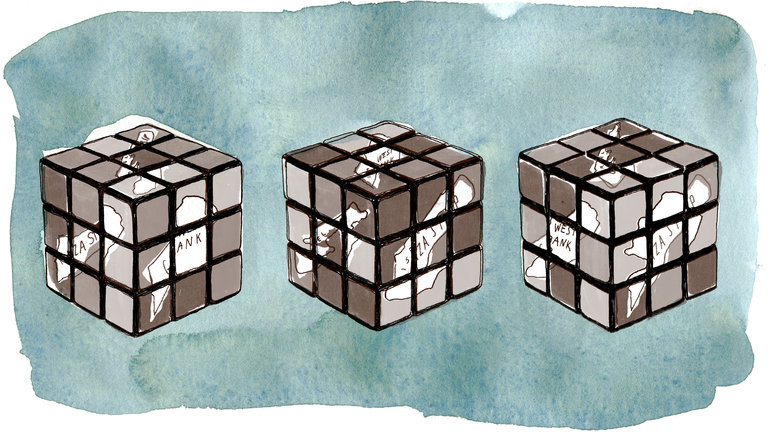 President Trump’s goal is for a lasting peace between the Israelis and the Palestinians. His Gordian multi-dimensional strategy may accomplish success after generations of failure.

Terrorist activities and decades of hostilities with Israel, military action, elaborate tunnel building, and payments to families of suicide bombers, deplete Gaza resources. Terrorism forced Israel to close the border. Half of Gaza’s labor force is unemployed. It has infrastructure problems, sewage pollution, and a deteriorating humanitarian crisis. Gaza could become unlivable.

Talks focused on improving life in Gaza:  electricity, water, sewage and health issues. It is critical that direct funding be used for projects and not for terrorism.

To incite Gazans to riots and bloodshed, Abbas is accused of cutting funds, electricity, food, fuel, medicine, salaries, and services under his control. Abbas supervises cuts, but everyone blames Israel. Abbas declared that President Trump and Hamas are cooperating to destroy the Palestinian National Project. His delusional claims continue as he fights any concept of peace.

This week in Jerusalem Jared Kushner and Jason Greenblatt met with Netanyahu, but not with Abbas, who makes it clear that he does not want peace. Kushner/Greenblatt meetings with King Abdullah II of Jordan, with Crown Prince Mohammed Bin Salman of Saudi Arabia, and with President Abdel Al Sisi of Egypt followed the Israel meetings.

Past attempts to resolve the Israeli-Palestinian conflict used methods as in a chess match. It is more complex; like a Rubik's Cube to the 9th degree. Dauntless observers note President Trump arranging the pieces whilst being underestimated by many.