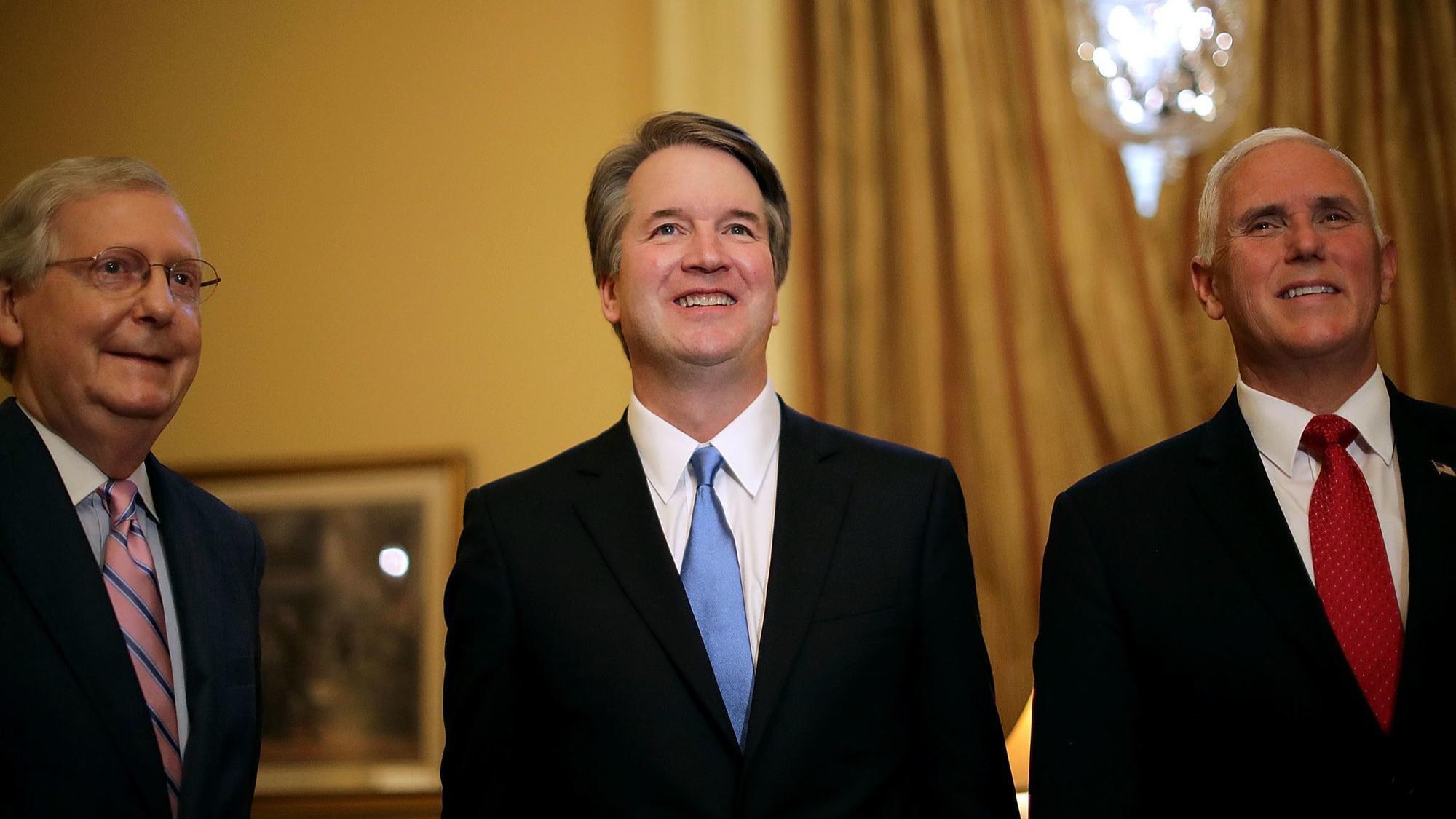 Supreme Court Justices are said to be 'the best of the best.' This should make a President’s selection relatively easy.

Brett Kavanaugh may end up being that guy. And therein lies the rub - the fact that he “may” be the one – or he may not.

So why do I say this should be an easy job for any President? Let me lay it out.

A President compiles a list of candidates, which Trump did. He should then take a look at the Justices' job description and make his selection from candidates that best fit the description.

In short, the Supreme Court job description is what the oath of office describes. There are two oaths of office a Justice may choose to recite.

The first and truncated version is the traditional oath (albeit updated in 1990), which reads:


“I, _________, do solemnly swear (or affirm) that I will administer justice without respect to persons, and do equal right to the poor and to the rich, and that I will faithfully and impartially discharge and perform all the duties incumbent upon me as _________ under the Constitution and laws of the United States. So help me God.”

He or she may also opt for a longer adaptation called the Combined Oath of Office, which reads:


“I, _________, do solemnly swear (or affirm) that I will administer justice without respect to persons, and do equal right to the poor and to the rich, and that I will faithfully and impartially discharge and perform all the duties incumbent upon me as _________ under the Constitution and laws of the United States; and that I will support and defend the Constitution of the United States against all enemies, foreign and domestic; that I will bear true faith and allegiance to the same; that I take this obligation freely, without any mental reservation or purpose of evasion; and that I will well and faithfully discharge the duties of the office on which I am about to enter. So help me God.”

I prefer the Combined Oath myself. But either way, the Justice is pledging fidelity to only the Constitution and law – not to “compelling” interests and the like.

As an aside, notice the Oath says nothing about fidelity to “precedent.” Just thought I’d point that out.

As I like sports analogies, let me put it this way.

If your job as an owner or manager/coach is to choose a home run hitter, and your choice of players are ones who consistently slug 25 plus a year, every year, or ones who do it every three or four, which do you choose? If you’re looking for a consistently winning QB and your choice is Tom Brady, Aaron Rogers or someone like Nick Foles of the Eagles, who do you choose?

Short of injury, the best will remain the best, whereas the Nick Foles types may have a great season this year and falter the next. What makes things worse is that whomever you choose is guaranteed a no trade, no cut, must start contract for as long as he chooses to play. In other words, you bloody well make the right choice.

And unlike NFL Quarterbacks, the next Supreme Court Justice does indeed receive a no-trade, not cut, must start, lifetime contract.

Kavanaugh appears to be a terrific individual, who has made a lot of good rulings, but there are questions about some of his lower court decisions which make me queasy. His ObamaCare decision showed, for me, not fidelity, but a disregard for the Constitution, and this is troubling.

The ObamaCare penalty, which Kavanaugh went to great pains to call a tax during oral arguments so he could uphold the mandate, was the basis of Chief Justice Roberts’ convoluted decision to uphold ObamaCare. So we may thank Roberts and Kavanaugh for the healthcare disaster we currently have.

The convoluted logic used by both was absurd and shows that their decisions were politically “compelled,” not based on law or the Constitution.

Logically, the ObamaCare penalty couldn't then and still can't possibly be a tax and must, therefore, be a penalty, which makes it unconstitutional. How? Because if everyone complies with the law by purchasing health insurance, the government doesn't collect a dime in “taxes.” Only when people do not comply by not purchasing health insurance, does the government collect any money. Therefore it must be a penalty. Gas taxes, cigarette taxes etc., are indeed taxes. They are assessed when you purchase the product, not when you don’t. It’s just that simple. This rewriting of the ObamaCare statute to call a penalty a tax was the basis for finding ObamaCare constitutional.

This is the type of ruling that would give me pause before taking a flyer on Kavanaugh. Because of the magnitude, this one disastrous decision causes me to think he will likely be another John Roberts – not another Clarence Thomas.