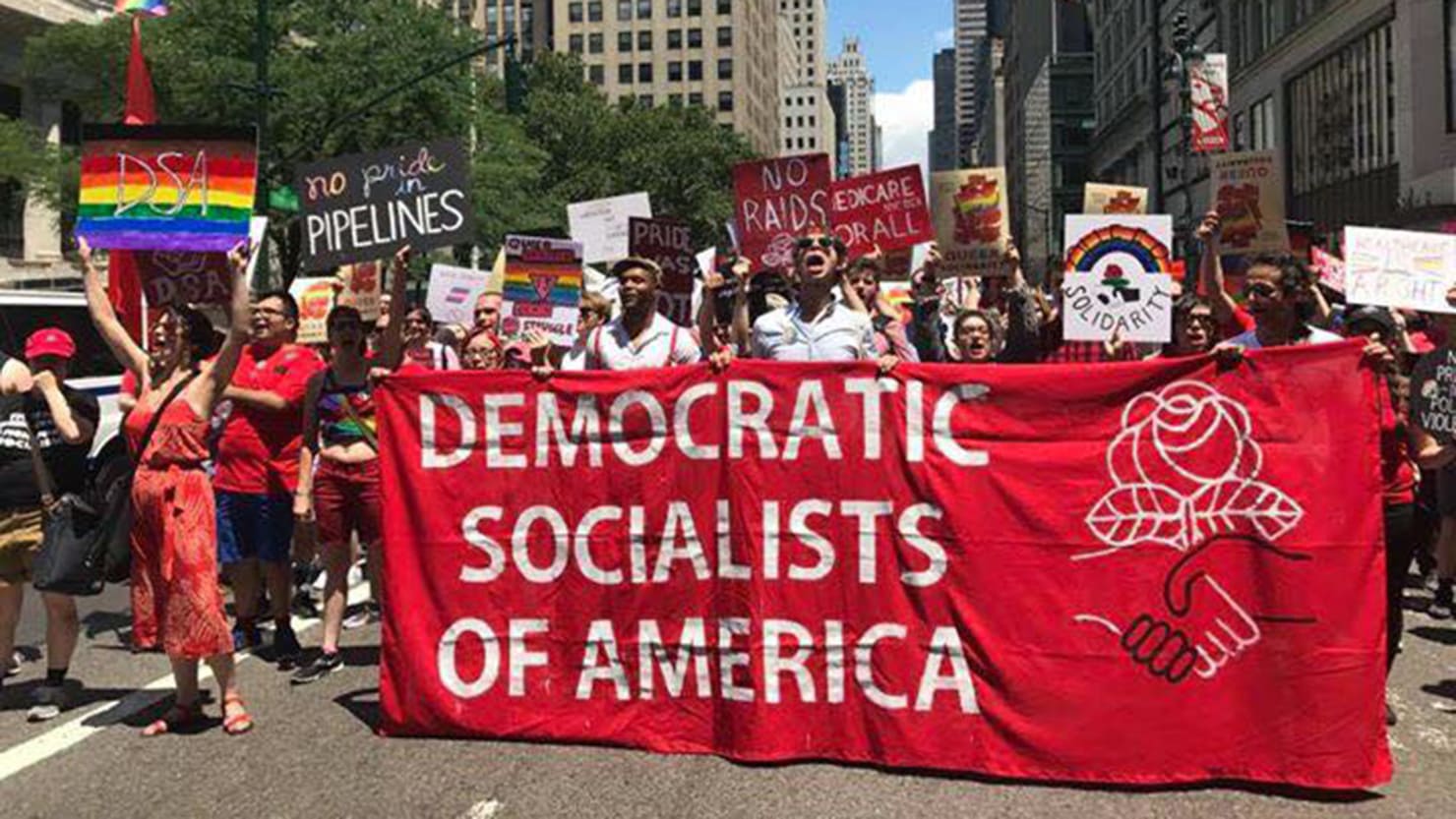 The left-wing Democrats show their true colors at last and their banner reads: “Democratic Socialist.”
Let’s face it. The traditional Democrat party that used to be the party of blue-collar, middle-class working families has been drifting further left ever since the 1960s. However, since Trump’s election, their real agenda has finally emerged from the rhetorical shadows.
Along with what would be a shocking display of hysterical hypocrisy, were that not their permanent default mode, the same party that screams daily about Trump colluding with Russia has come out in support of the same failed principals that drove the former Soviet Union and current Venezuela, into bankruptcy.
I’m going to take out my crystal ball for a moment and give a prognostication about where I think the Democrats are going to wind up as a party.
I think that the current pack of young, angry, disaffected, idealist, naive, and student social justice warriors, will flock to the newly christened, Democratic Socialist Party led by their current young figurehead, Alexandria Ocasio-Cortez.
What you don’t see is that in her role as an attractive young face, she is really just a tool for the old Marxist faction of the most radical, anti-American, old-guard left-wing of the Democrat party such as Bernie Sanders, Elizabeth Warren, and Maxine Waters.
However, these people are not going to accomplish what they think they are going to achieve - namely the destruction of the Republican party and ultimately America as it has existed for the last 200 years. What they are actually going to destroy is the traditional Democrat Party. Based on the current trajectories it is far more likely that over the next two years the Democrat Party will split in two.

One side will embrace the angry, Anti-American, Socialist/Marxist violent agitation of the new Democratic Socialists. By the way, if you think 'Marxist' is too harsh a description, do a Google search - it will be filled with the thoughts and images of Karl Marx.
The other side, made up of limousine liberals, media personalities, professors, union bosses, and those to whom leftist clap-trap sounds cool at cocktail parties, will cling to the old style Democrats currently headed by Pelosi and Schumer.
That leaves those that used to be their base - the middle-class, blue-collar voters. Where will they go?
Certainly not to the new radical socialist/communist party.

On the other hand, being made the butt of jokes, scorn, and contempt from sneering Democrat elites has been increasingly alienating this former historical base that used to be thought of as traditional Democrats - so where will they go?

To the Republican party.


Hence the new hashtag movement, #WalkAway, started by those who can no longer take the hysterical, unhinged rhetoric coming from their former party.
How will it ultimately play out? Will the violent socialist/communists win? Will we wind up like Venezuela, Cuba, or the former Soviet Union? No, I think we have enjoyed the freedom and the rights of the individual for too long to ever surrender them to communist/socialist dictators and central committees.

Also, keep in mind that countries like Germany, Russia, and Cuba who surrendered themselves to murderous dictators had never enjoyed hundreds of years of liberty and human rights as we have.
However, the next two years does portend to be one one of increasingly bizarre behavior and fractious in-fighting. Fortunately, it looks like most of that is going take place within the Democratic Party.
One thing is for sure - they have a bumpy ride ahead of them, so as Conservatives let’s be ready to welcome all those who jump off their radically leftward careening train before it heads over the cliff. I think they will find a more welcoming home as Conservatives.
Copyright ©2018
Read more by Ric Wasley
Tweet