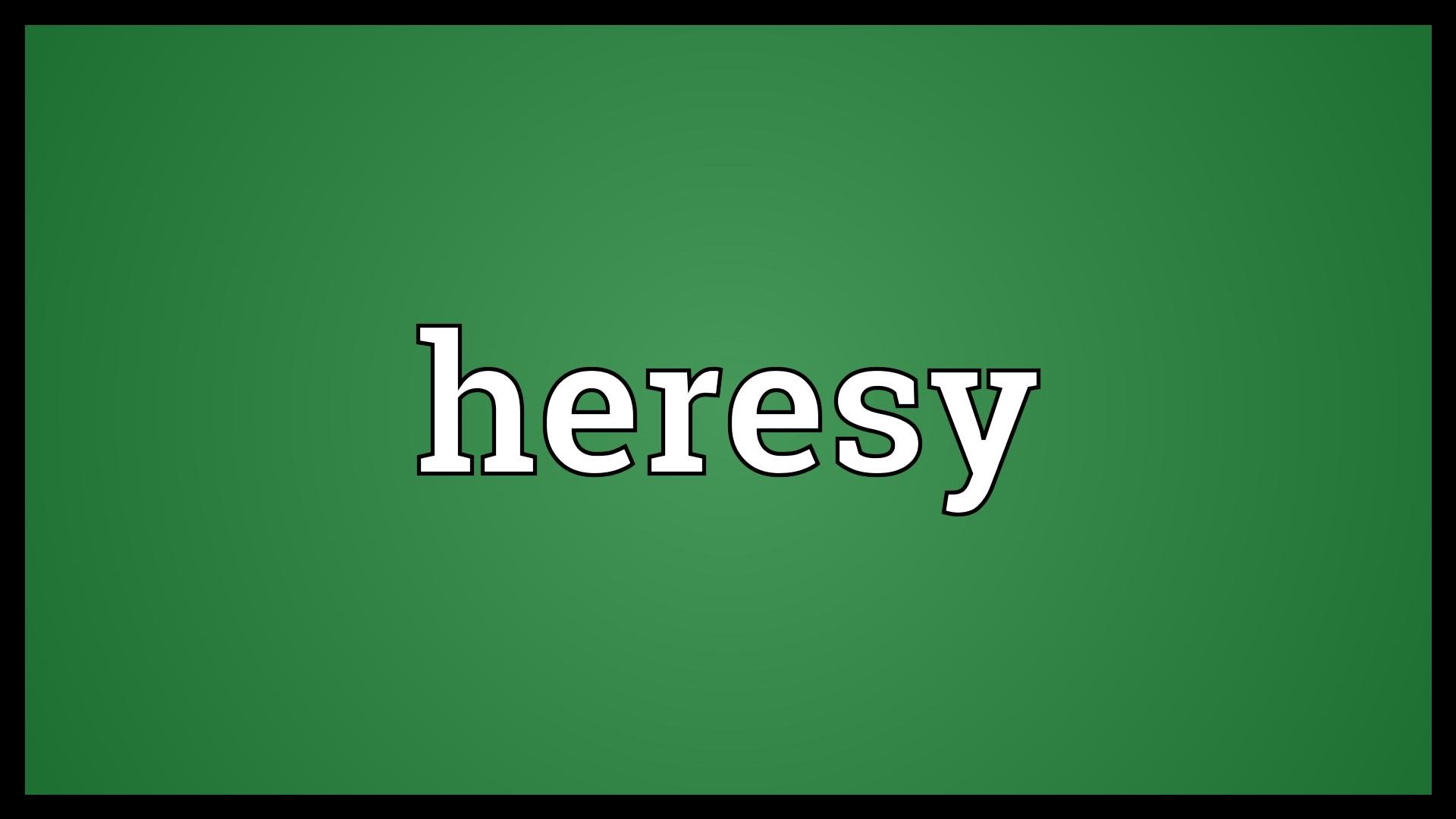 Throughout the history of the Catholic Church, there have been those who have been accused of heresy, both clerics and laypersons. The heretic is one who holds controversial or unorthodox opinions and beliefs that are at variance with the accepted teachings of the religious institution, in this case the Catholic Church, which is in effect a spiritual society governed by a legitimate authority, and by the laws and doctrine of the religion.

Nothing much has changed over the centuries, in postmodern America especially, and the world for that matter. There are those who profess to be followers of the faith, but also feel emboldened, and will unabashedly proclaim their independence; they pick and choose what they agree with, and what doctrine and teaching they take exception to, this especially true in politics.

According to the Catholic encyclopedia 'Excommunication' (Latin ex/ out of cummuicato/communion) is the most serious penalty the Church can inflict, and refers to exclusion from the communion, the Eucharist, the principal and severest censure; a spiritual penalty that deprives the guilty Christian of all rights and participation in the common blessings of ecclesiastical society, as it supposes guilt based on a very grave offense, and that this action of the Church is confirmed in the New Testament.

Excommunication is more a medicinal rather than a vindictive penalty that supposes guilt. It is intended not so much to punish, as to correct the guilty and hopefully bring him (or her) back to the path of righteousness. It is applied in the context of contemplating what lies ahead and thus preventing any further recurrence, and is only applicable to those who have been baptized into the Catholic faith.

The Catholic encyclopedia also explains there is a path back and states “The excommunicated person, it is true, does not cease to be a Christian, since his baptism can never be effaced; he can, however, be considered as an exile from Christian society and as non-existent, for a time at least, in the sight of ecclesiastical authority. But such exile can have an end (and the Church desires it), as soon as the offender has given suitable satisfaction. Meanwhile, his status before the Church is that of a stranger. He may not participate in inpublic worship nor receive the Body of Christ (Eucharist) or any of the sacraments. Moreover, if he be a cleric, he is forbidden to administer a sacred rite or to exercise an act of spiritual authority.”

Keep in mind, however, there is another far more grievous punishment for the one that refuses to repent, the incorrigible blasphemer, it is found in the New Testament, Matthew/ 18:18 “Whatsoever you shall bind on earth shall be bound in Heaven. And whatsoever you loose on earth, shall be loosed in Heaven.” Excommunication for the unrepentant can have grave and far-reaching consequences.

By now you might be wondering what this is all about, a lesson in Catholic theology perhaps. Not at all. I thought it necessary to provide background information on what’s to follow. It is my contention that we live in a culture that has, in many ways, gone astray. It is overwhelmingly secular, and has become morally corrupt in many respects; religion is slowly being relegated to obscurity, and its liberty diminishing every day.

Religious observance has declined considerably over the last several decades. There are those who profess their Catholicism but now find themselves at odds with the Church, including members of the political class, the Democrat party in particular, who recklessly and blatantly flaunt and defy Church doctrine and teaching at will. A good example would be the Governor of New York.  It is no secret of the radical extremism of Democrat Governor Cuomo, especially on abortion; this is revealed in his 2019 state budget. Pseudo-Catholics like the governor, and those in the Democrat party, commit grievous offenses every day; their obstinate disobedience reeks of heresy.


With the nomination of Brett Cavanaugh to the Supreme Court, the liberal establishment became even more unhinged, and without any evidence have become convinced that Judge Kavanaugh, a conservative, would single-handedly reverse Roe vs. Wade, and a woman’s right to choose abortion would be relegated to the “back alleys.”
Governor Cuomo, in response to the nomination, has advanced legislation that would strengthen New York’s abortion rights, and go beyond the state’s current law, the Reproductive Health Act, and allow abortions beyond 24 weeks. Are political leaders, like the governor guilty of obstinate disobedience, thus heresy; yes they are, there can be no equivocation, their sins cannot be disputed. Should these blasphemers be held accountable - yes, they should be. It is up to the bishops to stand up, confront and challenge pseudo-Catholic heretics. And if it is deemed necessary to invoke the right of excommunication, then so be it.