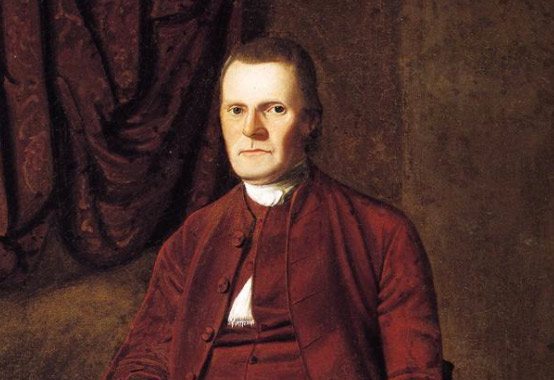 This past week we honored the passing of founding father Roger Sherman of Connecticut, who went on to eternity on July 23, 1793.

I am reminded of the statement that this giant of a man made regarding the past and present of our miraculous Republic.

“Sad will be the day when the American people forget their traditions and their history, and no longer remember that the country they love, the institutions they cherish, and the freedom they hope to preserve, were born from the throes of armed resistance to tyranny, and nursed in the rugged arms of fearless men.”

This past weekend, I had the privilege of speaking at a home educators convention in St. Louis, Missouri. It was an encouraging and wonderful opportunity to talk with parents and students who are grateful for accurate history and the restoration of constitutional governance. Although the numbers are growing, these parents and students still seem to be the minority while the majority of education in America is a fulfillment of the sad day Roger Sherman expressed.

However, Sherman himself had numerous sad and challenging days. Overwhelmingly, his neighbors and fellow colonists were apathetic at best about the separation with Great Britain.

As an American, a Patriot, and a Christian, Sherman labored to reverse this trend, declaring, “Government is instituted for those who live under it,” and, “Let us live no more to ourselves, but to Him who loved us, and gave Himself to die for us.”

Sherman did not only give this advice but followed it. He was a member of the church pastored by the son of Great Awakening preacher Jonathan Edwards and worked tirelessly for Independence and even harder to establish a Constitutional government that would “secure the blessings of Liberty to ourselves and our posterity.”

Known to few, he was a member of the Committee of Five selected to draft the Declaration of Independence and credited by Thomas Jefferson as having never said a foolish thing in his life. Sherman alone was among the Patriots of the American Revolution who signed all four documents, which gradually assigned sovereignty to the new United States: the Continental Association of 1774, the Declaration of Independence, the Articles of Confederation, and the United States Constitution.

In the words of John Adams, Sherman was “an old Puritan, as honest as an angel and as firm in the cause of American independence as Mount Atlas.”

I think you will agree that it’s far past time we start expecting our current leaders to be filled with this type of selfless character and love for liberty.