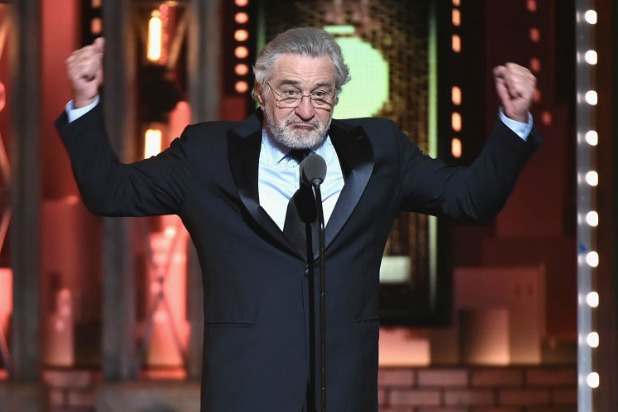 Not all that many years ago, an actor or actress would use the platform of the Academy Awards to plug a political plank and beg us all to save the endangered Pygmy Grasshoppers of the African plains. A third of the audience would clap; home audiences would groan; political segment over with - the show would go on.

A musician here or there would rail to his concert audience about this cause or that and how this politician or political party wasn’t doing enough to advance a pet cause. The audience would cheer – many to ensure the music would resume - the show would go on.

As technology advances, we all have the ability to “reach out,” as the old commercial urged, to the rest of the world. Communication is easier – for everyone. Exercising one’s voice has never been so fashionable.

Social media platforms have amplified the voices of destructive, repulsive people who litter the electronic world like the aftermath of a car accident on a narrow highway – the rest of us have to navigate through the intellectual debris to get where we want to go.

Our society has an odd attraction to celebrities and to every aspect of their being: their appearance; their clothing; their tastes; their words. Whether actor, musician, athlete, or “reality” star, celebrities are just people who make a lot of money. Some celebrities are knowledgeable and some... Well, some are so vacuous that many of us are left wondering how they got to be famous in the first place. Come to think of it, that’s just like the rest of the population, too – some are brilliant and some, not so much.

If you doubt that there are a lot of intellectually-lacking celebrities, I posit this point with a question: Why don’t celebrities write books about their voluminous knowledge of subjects dealing with how we plebs should live our lives? Most celebrity tomes seem to be “tell-alls”: whom they bedded; whom they hated; who helped them; and so on.

The problem isn’t necessarily the celebrity, but the person willing to follow the celebrity. Unfortunately, most people are followers. The celebrity usually starts off as an “average” person with a gift for a particular vocation that happens to pay a lot of money if one is highly successful – no simple task, of course. At some point, the celebrity morphs into a person who believes in his own greatness, and thus the near-infallibility of his own opinions.

I had a recent Twitter exchange with an avowed socialist. The man is a true believer, right down to espousing Eduard Bernstein. Casual, run-of-the-mill socialists do not reference Bernstein. We had an exchange; we disagreed; we couldn’t even find common ground for conversation; I ended the exchange. Quite reasonably, the guy has 39 Twitter followers. He can “speak,” but no one is listening. Makes perfect sense.

If, say, Alyssa Milano were to post the same absurd posts about socialism as the true believer did, 3.3 million followers would have the opportunity to read them, not to mention those who might grow curious about her latest spewing of hate or political statements.

I use Milano as an example, although I only know of her silliness. When I learned to spell her name correctly I discovered she is an actress. The only other thing I know about her is what I can gather from a woman whose header photo is of herself clutching her breasts.

The avowed socialist may be wrong, in my view, but he tried to take a reasonable, intellectual approach. With Milano, not so much.

Celebrities have every right to post their opinions – I doubt anyone questions that with any degree of seriousness. The troubling aspect is that “3.3 million” number. If someone posts reasonable, logical, liberal posts and they happen to be a celebrity, so be it. Hooray for them for possessing the ability to think freely. Such celebrities do exist.

On the other hand, celebrities such as Milano forward questionable “news” stories from dubious sources and such intellectual gems as claims – with no evidence – that the recent special election result in Ohio was due to Russian meddling (over 10,000 retweets and 39,000 “likes”). She also uses such words as “shero” when she wants to refer to a female hero.

Reading through their Twitter lines, the socialist is far more knowledgeable; far more credible. From a point of view of Liberty, he is wrong, in my opinion, but he has a point of view supported with historical references and a certain degree of understanding about today’s world. Well, sort of. His conclusions directly oppose my own and he lacked an interest in understanding how Marx, et. al., are responsible for statism. Nevertheless, he comes across as a genius compared to the painfully vacuous celebrity.

Technology has a lot of upside, but it comes with its share of downside. One unintended consequence is that it allows stupid people to find each other. No longer are they isolated, intellectually, or forced to meet in small cafes or basement meeting rooms like fascists and communists of the 1920s and ‘30s or Beatniks of the 1950s and ‘60s. Today, they simply “meet” online, free to spread their lack of knowledge, hatred, conspiracy theories, or general ignorance. No brains required – only capitalistic cash to pay for their smart phones.

In an odd way, I miss the days of the threatened Pygmy Grasshoppers and the brief distractions at the Academy Awards. Who even watches the celebrity award shows anymore? The American audience is indeed shrinking. In this so-called “Information Age,” social media is spreading ignorance, hatred, and all manners of foolishness. Many celebrities are riding the wave. Far too many “average” people follow along, unable to understand that they should ignore the foolishness and wait for the show to go on.