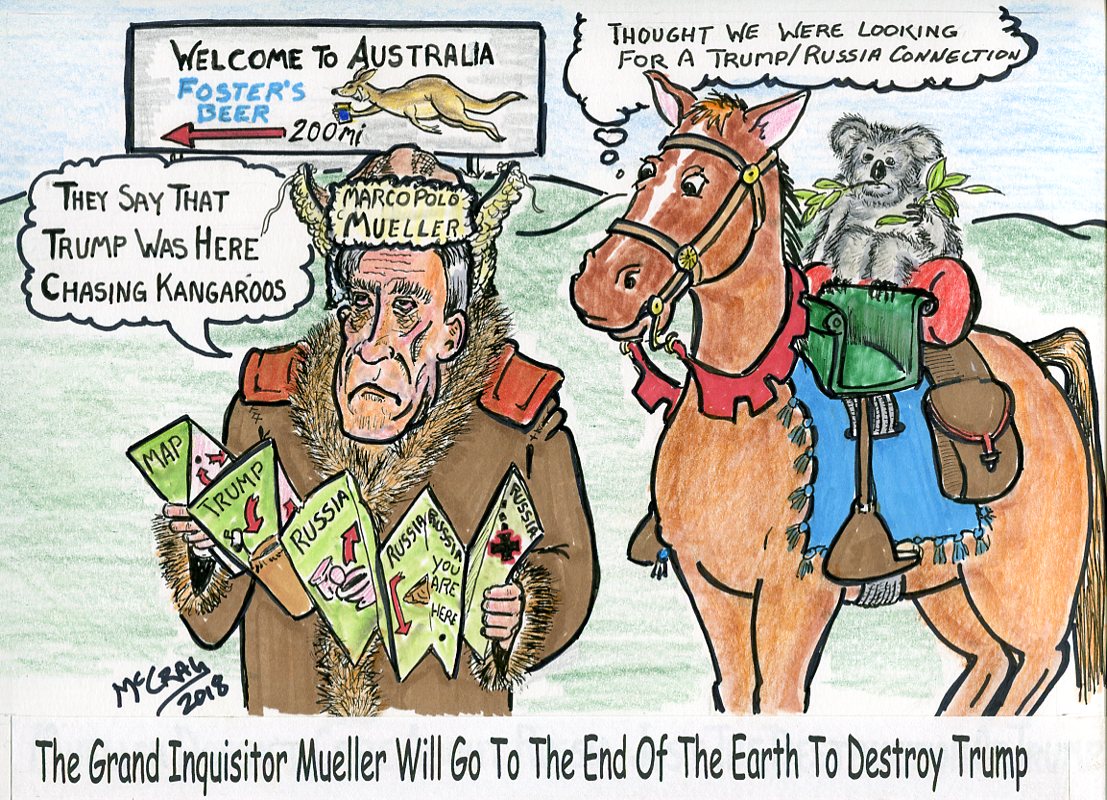 The Department of Justice, funny the word Justice used to mean something, as did the initials, FBI (Federal Bureau of Investigation). Not anymore - all they represent now is corrupt organizations and crony protectionism of the Washington D.C. Establishment.   High-level members of the Department of Justice and the leadership of the FBI have conspired to provide a known false report generated for the Clinton Campaign, by Fusion GPS to the FISA courts, to set up a trap to ensnare President Trump in a coup attempt to overthrow the legally-elected presidency.

The guardian of the Establishment, Robert Mueller, The Grand Inquisitor of the Department of Justice, has been positioned as the executioner to spring the trap on Trump. Mueller’s problem is - despite all the allegations - there are few or no facts to back up any of the allegations.  His investigation has degenerated down to a gotcha game of entrapments, targeting anyone connected to Trump’s Administration. This is a message of intimidation, to scare those who work for Trump. A perfect example is the trial of Trump’s former campaign director, Paul Manafort. Federal Judge T. S. Ellis, who is presiding in the 2005 financial fraud case has made it very clear for all to hear, that the purpose of Mueller’s effort in prosecuting Manafort is to squeeze him into flipping on the President or composing testimony - in other words, lie - to save himself.

Another is the case of President Trump’s former advisor, General Michael T. Flynn who was convicted for supposedly lying to the FBI. Reports now have staff FBI investigators clearing Flynn of lying only to have had their finding changed by someone at the top of the FBI, to lying. General Flynn has yet to be sentenced for this conviction because the FBI continues to postpone the sentencing trial, but the FBI has succeeded in destroying Flynn and put him into debt, and losing his house to pay legal expenses.

If Mueller is successful in destroying Trump, then we will witness the end of American Democracy and seeing the installment of a socialist police state.