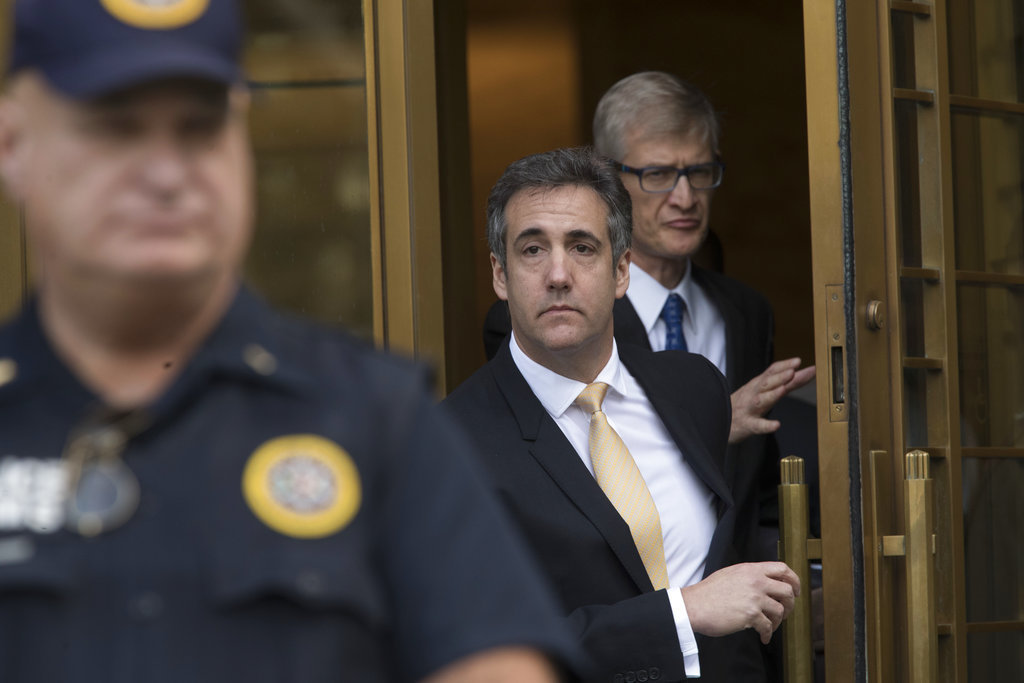 I’ve heard lots of conservative pundits wringing their hands over the Manafort conviction and Cohen plea deal, as well as the DNC and their media cabal rubbing their hands with glee and chortling about how they will now be able to impeach Trump.
On the other hand, if you consider this as a long-term chess game and view events through a likely cause and effect prism it could actually turn out to be a positive for conservatives no matter what happens.
Looking at this short term, I think that it’s a given that the Dem’s are going to base their fall campaigns on “Impeach Trump!”
That’s good because right now we need something to gin up the Republican base and this will certainly serve to create more protests, marches, chanting and general hysterics on the left - which in turn will bring out voters on the right. Because unfortunately, when things are going well most conservatives don’t think about politics. They go to work, spend time with their families and pursue other interests. The only time they really come out is when they perceive a direct threat. And nothing achieves that like hysterical Leftist's marching in the streets, shutting down traffic and smashing windows. Therefore, this will actually be good for Fall turn out on the right.
Ah - but what about if the Dems do succeed and take the house or even both houses? Trump is finished - right?

Perhaps.
First of all, they couldn't possibly succeed in less than two years, but even they did, here would be the result of their witch hunt.

Sometime in the next two years after months of raving and ranting on the Left, Trump is impeached and Pence becomes President? That would in reality actually be the worst of all possible outcomes for the Dem’s.

Consider this. They impeach Trump, Pence becomes President and what have they actually achieved?
First of all, they’ve lost their biggest fund-raising bogeyman within the Hollywood community and Liberal elites.
You see, Pence is everything that Trump isn’t. He's quiet, respectful, thoughtful, reasonable - a statesman and a gentleman - just what the country needs after the wild ride of Trump. In other words, Pence is everything the Dem’s have been screaming they wanted to replace Trump with - and now they will have actually put him in place.
Ah, but won’t they just switch targets and start right in on Pence?
Well, imagine this. Pence has been president for a month. The country breathes a sigh of relief. Finally, time to get back to normal and forget about partisan politics for a while. Then Schumer, Pelosi, and Maxine Waters start the ranting all over again, demanding that now Pence be impeached.
What do you think will be the country’s reaction to that? Do you think that any besides the far left wing will get behind it?
Even better - what do you think that result will be in the 2020 election?
I think it would be a set up for a Pence landslide in 2020 and for the election after that, taking us up through 2028. (By which time I’ll probably have deserted politics for fishing and golf.)
The bottom line is that this event could wind up being tailor-made for an even better outcome for Conservatives.
Now, don’t get me wrong. I like and supported Trump at the ballot box in his fight against the Left. However, taking a hard look at the current status it could be that in some ways Trump’s lightning rod personality could be a drag on moving the ball forward to rebuilding America and at some point bridging the political divide with at least the more rational of those who have not permanently succumbed to TDS (Trump Derangement Syndrome).
He has served a great purpose as someone with guts, who didn’t care if he was a one-term president since he never wanted a life in politics anyway. He wanted the fun, fame, glory, and satisfaction of promoting the pro-American message on a worldwide stage. He got it.
We needed someone who didn’t care about reelection to break through the PC ceiling and bring up all the issues that no one else dared to discuss for fear of not getting reelected. Trump became the perfect flak catcher under whose umbrella other, less bold, voices could finally be raised while using him as a shield.

That has been accomplished and now those issues are out in the open: The Wall,  Immigration, The UN, Globalism, the media, and so on. The genie is out of the bottle and I don’t think it can be easily put back in this time.
Therefore in the weeks to come as the DNC and their lap-dog media allies froth about this 24/7, take heart.
If worse comes to worse - and I hope it doesn’t - but if one or more parts of it should, it might actually turn out to be the perfect time for him to exit.
Of course, he won’t go quietly.  Which in the long run, will only serve to throw more light into double-dealing machinations of those on all sides who inhabit the murky waters of the Swamp. Which is all to the good.
Thus the bottom line is - instead of feeling apprehensive, look at it this way. The legal woes of Manafort and Cohen may wind up turning out better than we could ever hope.
Copyright ©2018
Read more by Ric Wasley
Tweet