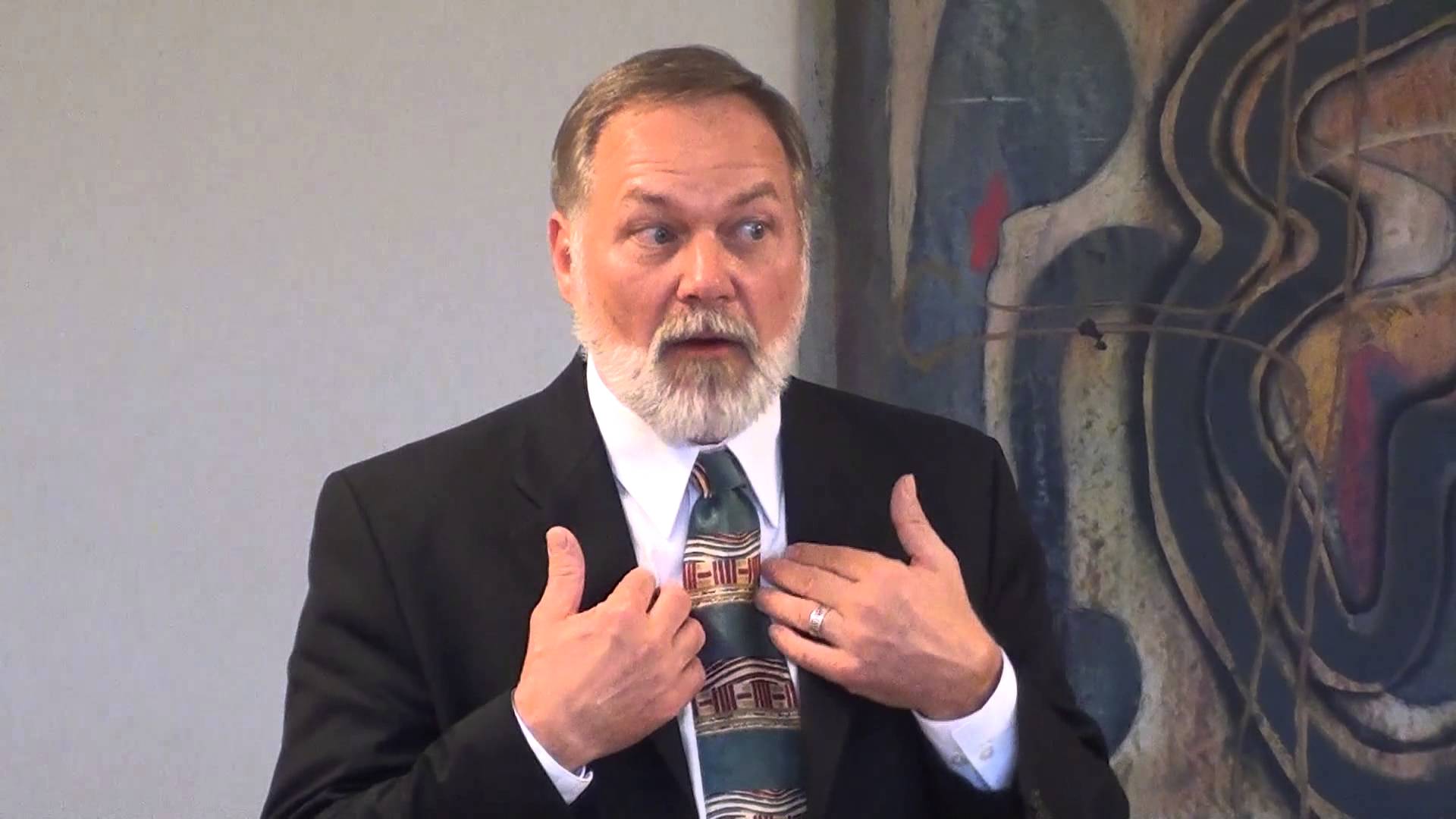 Dr. Scott Lively - pastor, lawyer, and Christian Apologist - is attempting to send Republican Governor Charlie Baker back into the business world where he won’t be able to inflict his leftist views on hardworking, innocent people of Massachusetts anymore. Baker, a businessman who won election in 2014 by a very narrow margin ran on a platform of “fiscal conservatism and cultural liberalism.” As of this summer, the media reported he was the most popular governor in the U.S. with whispers that he might be available to occupy the Oval Office in 2020.

Of course, it is Massachusetts and Baker is an infamous RINO.

Baker is an abortion supporter and supports same-sex “marriage” saying, “every American has a right to marry the person they choose.” He opposed President Trump’s original and revised travel ban, and he is "open-minded" about statewide sanctuary status.

Hopefully, Lively will become Governor of one of the most liberal states in America. He is pro-life, pro-2nd Amendment, pro-family and anti-big government waste and corruption. He is the co-author of The Pink Swastika: Homosexuality in the Nazi Party, a book that alleges the Nazi party was controlled by gay men who hid their sexual perversion. Lively is one of the most coherent, convincing, committed, and courageous men in America -especially regarding the LGBTQ agenda.

That is the primary reason Lively is hated by the left. It is one thing to be pro-family and anti-perversion but to take the battle to the enemy with cogent arguments is verboten. They especially hate him because they have not been able to intimidate him into silence and submission with decades of threats, lies, and frivolous lawsuits. He has unwavering convictions which he stands on. This is exactly what Massachusetts needs from a Republican Governor.

Governor Baker said of Lively’s view on “gay” rights, “A lot of what he says, a lot of what he believes, doesn't belong in public discourse." Note that Baker does not address the issue of homosexuality, but instead says that the subject should not be discussed, debated, and decided during public discourse. What asinine arrogance. Baker can disagree all he wants and is not obligated to respond to Lively’s criticism (although the voters should demand a response). But to dismiss perversion from the public forum is astounding as well as arrogant. It is also dangerous to residents. During Baker’s time as Governor, an experienced Massachusetts physician was fired and dismissed from multiple hospitals for discussing the objective scientific and medical data about the dangers of the LQBTQ lifestyle choices.

Lively is quoted in World Net Daily as saying, “We need to bring back public discussion of AIDS as a ‘gay’ disease; pederasty as [sic] major subculture of male homosexuality; mental health problems and domestic violence as major problems associated with lesbianism; the increasing recruitment of children into a homosexual identity through experimentation with ‘gay’ sex...all the truths we stopped telling because the other side screamed so loudly about them.”

He is right on target.

Lively was active in helping Uganda pass an anti-sodomy law and was sued in 2012 by a Ugandan “gay” rights organization in Springfield (Massachusetts) federal court alleging that Lively committed a “crime against humanity” by participating in a conspiracy to deprive gay people in the East African nation of their fundamental human rights. Since when is perversion a fundamental human right?

People are known by their friends and his enemies, so Lively must be doing something right because he is hated by the Southern Poverty Law Center (a leftist hate group) and others who stand in left field sucking their thumbs. I have found various characterizations of Lively from his enemies such as “crackpot bigot,” “ludicrously extreme,” “vicious,”  “hate preacher,” “virulent,” “vitriolic,” “virulently anti-LGBT,” “homophobic pastor,” “odious,” and on and on and on. The fanatics on the far left are good at accusations but very poor with answers and arguments.

The left is flip-flopping between trying to vilify Lively with swarms of false accusations and pretending he doesn’t exist at all through media collusion. This left-wing two-part strategy is targeted to keep the people of Massachusetts either from learning about Lively’s well-thought-out plan to drain the swamp of Massachusetts’ political corruption and, thus, voting for Lively; or to scare people by making this happily married grandfather out to be a monster. The last thing Baker and his cronies want is for people to actually listen to Lively and learn about his ideas to revitalize and restore Massachusetts’ communities, schools, and economy. Baker won’t debate Lively because a debate would show Lively as a man of strong character and convictions with truthful, solid, reality-based ideas, and expose Baker as an unprincipled liberal.

Another left-wing hate group, Right Wing Watch has Lively on their hate list. Welcome Scott, I made it on their list a couple years ago. I wear it as or a badge of honor.

Most of Lively’s opposition comes from the LGBTQ crowd; however, that has little to do with running a state. A Conservative Governor will put highly qualified managers in regulatory positions so that citizens can live and run their businesses with fewer oppressive regulations and laws. He will slash taxes by eliminating fraud, waste, and unnecessary departments. He'll see that the streets are safe and clean and the trash is removed in a timely fashion. He'll support the police officers who are committed and remove the dishonest and bigoted ones. Lively will support total education including Christian education, private education, and homeschooling along with public education. He will make decisions to reduce, and then eliminate the slaughter of innocent babies in the womb. He'll enforce the drug laws and take on the manufacturing, selling, and use of illegal drugs while dealing effectively with the use of prescription drugs. And he will put healthy welfare recipients to work.

Lively has never held elective office but he received almost 28% of the votes during the state’s nominating convention. He is a strong supporter of President Trump, stating, “I think the policy positions that he holds for the most part, I'm strongly in agreement with, and I've promised that I will be the most pro-Trump governor in America if I get elected. And I'm not ashamed of that position. I don't waffle on that. And I think that would be the best thing that could happen here in Massachusetts.”

The Massachusetts GOP primary will be Sept. 4 and all sane Independent (unenrolled) and Republican voters should run, not walk, to the polls and make Scott the Republican nominee. And take a car-load of voters with you!

What a shock it would be to this very radical state to have a Conservative Christian as Governor who is not afraid to face down the LGBTQ crowd, and who speaks forthrightly for Jesus Christ! Lively would be almost as Conservative as the state’s first Governor - John Winthrop, a Puritan lawyer who served twelve years from 1631 to 1648.

The very thought is breath-taking!