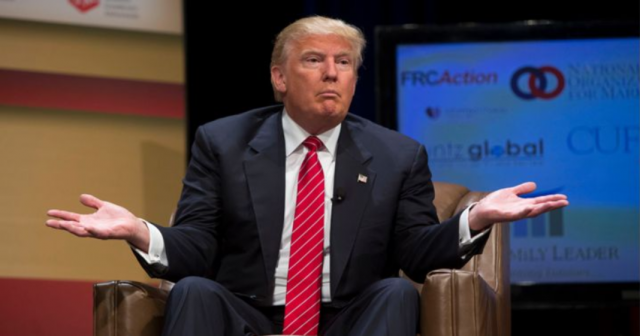 The title interested me enough to read on. Normally, Yahoo News, as a leftist “news” site, publishes only articles and commentary exclusively anti-right and anti-Republican.

However it, like all other leftists sites, specializes in posting anything contrary to President Trump, regardless of the source. By this, I mean sources from not only the left but the establishment right.

This continues to amuse me. These are the same liberal news outlets that in years gone by, would vilify even the most moderate Republicans. If there is an ‘R’ after their name, they are, by default, bad. Now, anyone who aligns themselves against or displays any criticism of president Trump is a friend of the mainstream press. Or at the very least, is granted a temporary reprieve from being bashed.

The article lamented, from the GOP establishment’s point of view, the fate of the Republican Party. As if the left has any concern for that.

They cited several once powerful and influential GOPers, who have fallen out of favor during the “Era of Trump.” Among them is moderate and oh-so-reasonable Tim Pawlenty. Also mentioned are Jeb Bush, John Kasich, and Jeff Flake. Not a spine can be found among them.

“Some were forced out, such as Tim Pawlenty, a former two-term Minnesota governor who lost this week's bid for a political comeback. Some, such as the retiring Republican Sen. Bob Corker, chose to leave on their own. Others still serve, but with a muted voice.”

A muted voice - really? This is exactly what we true conservatives have been complaining of for decades. The only time their voices are “muted” is when we elevate, by means of our votes and their lies, to the majority. Then all the bluster and promises made of when they were in the minority goes quiet – becomes “muted.”

“The expanding list of marginalized GOP leaders underscores how thoroughly Trump has dominated — and changed — the Republican Party in the nearly two years since he seized the presidency.”

This is funny. To many of us, GOP leadership has been “marginalized” for years. But when your choice is between Nancy Pelosi and John Boehner or Paul Ryan; or between Chuck Schumer and Mitch McConnell, what can we do but pick the lesser of two evils?

And frankly, it is we conservatives that have been marginalized, used and abused by the same GOP that is bemoaning its current fate.

“I hope this is a very temporary place for the Republican Party,” said Corker. “I hope that very soon we will return to our roots as a party that's very different, especially in tone, from what we've seen coming out of the White House.”

Well, this is the best quote yet. Allow me to translate. "I hope we can return to the status quo, where a few in leadership get together, without a monitor, in a back room, to set policy for the nation, without any input from the rank and file. And where Chuck Schumer of the minority party gets to set the agenda. I hope we can return to our establishment roots of tough talk and then rolling over when the time for action arises."

Now I know the establishment is bitter, as they see their grip on power loosening, but I never thought I would see them jump aboard the race card train. But as they say – desperate times.

Over the years, many conservatives have stated that there is not a dime's difference between the establishment and Democrats. Well, here ya go.

“White nationalism isn't something I'm ever going to be comfortable with. But it is embraced by, or simply doesn't bother, a lot of Republicans,” said former Ohio Republican Party chairman Matt Borges.

Yes, it’s now a sign of “white nationalism” to speak ill of any illegal immigrants, including MS-13; want NFL players to stand for the National Anthem; and to not be so quick to expunge our history by erasing any mention of the Confederacy in order to placate a relative few radicals.

These establishment Republicans sound more and more like bitter Democrats every day. Anything that makes them uncomfortable, or anything they just don’t like, is racist.

The piece continues for many more paragraphs, mourning the current status of the establishment, but summed up the state of squishy Republicans nicely.

For their efforts in obstructing the draining of the swamp and trying to cling to their inside the beltway cartel mindset, “Isolation and political exile have been their rewards.”

And it couldn’t happen to a more deserving and disserving bunch.