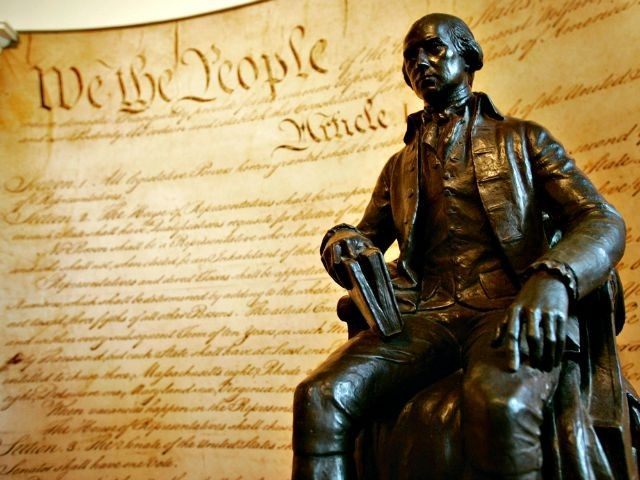 Have you noticed a trend in America that views liberty under God as rebellion to power structures existing in our nation? Although this is perverse thinking, it is nothing new to Americans.

Before the Declaration of Independence, the First Continental Congress in 1775 issued the Olive Branch petition to King George III. It was an attempt to assert the rights of the colonists that were no longer being recognized by the king while maintaining their loyalty to the British crown. King George not only refused to read the petition, he proclaimed that the colonists had "proceeded to open and avowed rebellion." He declared his American subjects had been “misled by dangerous and ill designing men, and forgetting the allegiance which they owe to the power that has protected and supported them.”

This week I have pondered the king’s “fight’n words,” and I believe it is time for us to take old principles and make modern applications. So let’s revisit exactly what caused the despot king to accuse our founders of rebellion. Then we shall consider if what we desire today is true freedom or just plain sedition.

The founders believed that England had engaged in a “long train of abuses and usurpations” against the colonies. This was not a one-time event; the abuses were tirelessly repetitive and protracted.

England abolished colonial charters. The king dissolved colonial legislatures, prevented emigration to the colonies, controlled judges, and refused to approve necessary laws. He caused the administration of colonial justice to be impossible while appointing bureaucrats to harass the colonial population.

Then there were the atrocities of the standing armies in the colonies, not subject to the control of the colonial government, who stole the colonists' homes, commerce, property, and, sinfully, their wives and daughters.

The king cut off colonial trade with the rest of the world, denied colonists the sacred trial by a jury of their peers, transporting colonists for trial in England, and took colonists captive on high seas.

The colonists’ money was stolen from them by a system of taxation, because they had no representation to determine the usefulness, fairness, or justness of the tax. This was nothing less than involuntary servitude to a monarch. This monarch then abrogated English Common Law in Canada, setting an example for the same in the colonies.

Our founders concluded that this king was “unfit to be the ruler of a free people,” and, “That these United Colonies are, and of Right ought to be, Free and Independent States....”

Therefore, with a “Firm reliance on the protection of divine Providence,” the colonists embarked on the tumultuous quest for freedom, knowing, in the words of Thomas Paine, that, “Those who expect to reap the blessings of freedom, must, like men, undergo the fatigue of supporting it.”

Thomas Jefferson believed (and I think you will agree) that “The functionaries of every government have propensities to command at will the liberty & property of their constituents. There is no safe deposit for these, but with the people themselves.”

If we judge the founders’ cause just, and our desires for this liberty pure, then John Adams has our marching orders. “The right to freedom being the gift of God Almighty, it is not in the power of Man to alienate this gift.”