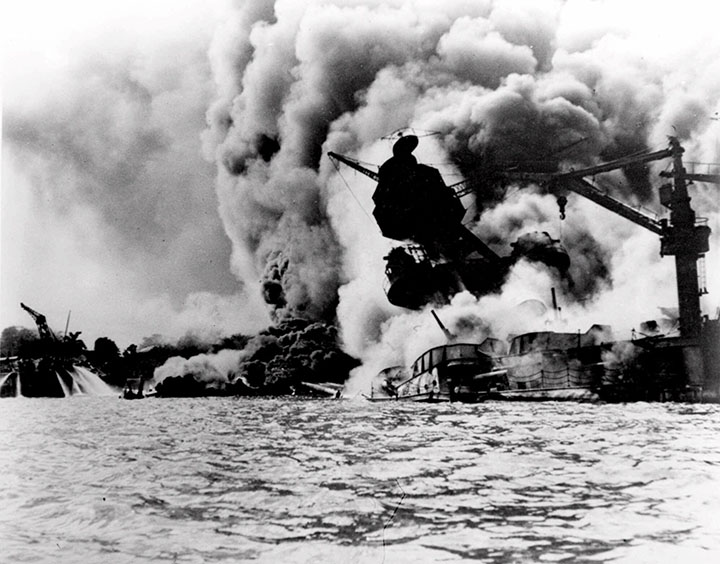 Great leadership is not only to acknowledge the problem but to see the solution. Many can recognize a problem. Few can see how to fix the problem. Here’s a true story about an American Naval leader who could do both.
Admiral Nimitz recalls an amazing time in history in his small book entitled, ‘Reflections on Pearl Harbor.’ An unknown author lays out the background out for us perfectly after Nimitz was chosen to lead the Pacific fleet.
“Admiral Nimitz flew to Hawaii to assume command of the Pacific Fleet. He landed at Pearl Harbor on Christmas Eve, 1941. There was a spirit of despair, dejection, and defeat. On Christmas Day, 1941, Nimitz was given a boat tour of the destruction wrought on Pearl Harbor. Big sunken battleships and navy vessels cluttered the waters everywhere you looked.
As the tour boat returned to dock, the young helmsman of the boat asked, ‘Well Admiral, what do you think after seeing all this destruction?’ Admiral Nimitz's reply shocked everyone within the sound of his voice. Admiral Nimitz said, "The Japanese made three of the biggest mistakes an attack force could ever make, or God was taking care of America. Which do you think it was?"
Shocked and surprised, the young helmsman asked, "What do mean by saying the Japanese made the three biggest mistakes an attack force ever made?” Nimitz went on to explain the mistakes.
Nimitz said, “Mistake number one was that the Japanese attacked on Sunday morning. Nine out of every ten crewmen of those ships were ashore on leave. If those same ships had been lured to sea and been sunk, there would have been 38,000 men lost instead of 3,800.”
Nimitz recounted mistake number two. “When the Japanese saw all those battleships lined in a row, they got so carried away sinking them that they never once bombed the dry docks opposite those ships. If they had destroyed the dry docks, we would have had to tow every one of those ships to America to be repaired. As it is now, the ships are in shallow water and can be raised. One tug can pull them over to the dry docks, and we can have them repaired and at sea in the time we could have towed them to America. And I already have crews ashore anxious to man those ships.”
Nimitz concluded with mistake number three. “Every drop of fuel in the Pacific theater of war is in ground storage tanks five miles away over that hill. One attack plane could have strafed those tanks and destroyed our fuel supply. That's why I say the Japanese made three of the biggest mistakes an attack force could ever make, or God was taking care of America.”
Observe how Admiral Nimitz was able to see the big picture and find the silver lining in a situation where everyone else’s tunnel vision could only see doom and gloom. He gave all those present an earthly and heavenly perspective none of them had ever considered. America needs leaders like that right now. The tunnel vision of the Japanese attach force doomed them. Admiral Nimitz was not going to allow the tunnel vision of gloom and doom the day after Pearl Harbor doom the United States.
True leadership acknowledges the reality but see’s the remedy. Real leaders also understand in the darkest hour lies God greatest power. Pearl Harbor was in a real sense, the beginning of the end of the Japanese war initiative. Nimitz knew it and knew what to do about it. It’s not what you look at that matters. It’s what you see.
God did the same with us humans. God acknowledged the problem but also knew the remedy. God came to earth of show the way.
Copyright ©2018
Read more by Ed Delph
Tweet