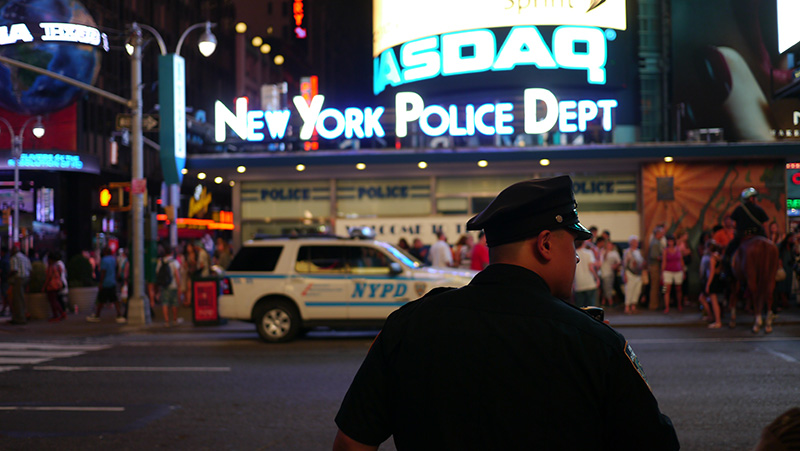 Fidelis ad mortem: “Faithful Until Death” is the motto of the New York City Police Department (NYPD). The (NYPD) was instituted in 1845 and is today composed of about 40,000 officers whose duty it is to fight crime, protect about 8.6 million residents, and respond to emergencies.

New York City is composed of five boroughs: Bronx, Brooklyn, Long Island, Manhattan, and Staten Island; the NYPD is responsible for policing approximately 302.6 square miles, in what is considered the most densely populated major city in the United States. The interactions between police and citizens are in the hundreds of thousands each year; logic would dictate that in some cases there will be events and situations that can lead to misunderstandings, injury, even death.

By now you might be asking yourself, what this is all about. The reason for these brief statistics and introduction to the NYPD and New York City is twofold. First, it is to give you an idea of what the NYPD must contend with each day with regard to the population with its racial, ethnic, and religious diversity and the area it must patrol spread out across thousands of different neighborhoods with all their residents, businesses, and houses of worship.

Secondly, and what prompted me to write this article, was something I believe was both outrageous and troubling that recently occurred in one of those NYC neighborhoods. In this particular case, several officers responded to an emergency call from a home in the Bronx. The request for assistance came from a woman who lives in an apartment house. She complained about her son and some of his friends who were in the apartment.

When the officers arrived, the woman confronted them at the door and said she had changed her mind and told them, the officers, to leave. At that point, according to a Facebook video, the young people who were involved, and it appears a number of angry tenants emerged from their apartments and began heckling and disparaging the officers.

The officers, realizing there was nothing else to do and that the emergency had passed, and knowing they were being filmed, left the landing. As they walked down the steps, they were followed by several males who began a vulgar rant, cursing and harassing them. Foul and offensive language was hurled at the officers; at one point the lone female officer turned and asked those following to “back up.” The officers left the premises without incident. There was a time when such disrespect of the police and the possible threat posed would have resulted in a good thrashing, but not anymore.

The NYPD issued a brief statement, how the officers “exercised discretion and restraint,” while some other law enforcement sources were ashamed and embarrassed by the ordeal, and remarked “Now you see why crime is so high in this particular precinct. The residents have zero respect. Cops are so scared that they are going to get in trouble with the department, they don’t want to get jammed up.”

The NYPD union boss Patrick Lynch issued a statement. “This is the result of years of elected officials demonizing police officers and decriminalizing abhorrent behavior.” The president of the Patrolmen’s Benevolent Association added: “they (elected officials) have eroded respect for the uniform and the shield with their constant false narrative about police brutality and this is the result.” About a week following this incident, another encounter took place when a middle-aged man entered a police station and began a vulgar rant toward the desk sergeant and officers on the scene. He was asked to stop videotaping and leave the premises.

The Ferguson Effect is the term given when it is believed the police refuse to proactively fight crime and enforce the law out of fear that their superiors will not support them should a situation occur between the police and a citizen(s). As long as elected officials continue to undermine and scapegoat the police, and citizens engage in disrespectful behavior, and this is true nationally, then I believe the Ferguson Effect will eventually become the order of the day.