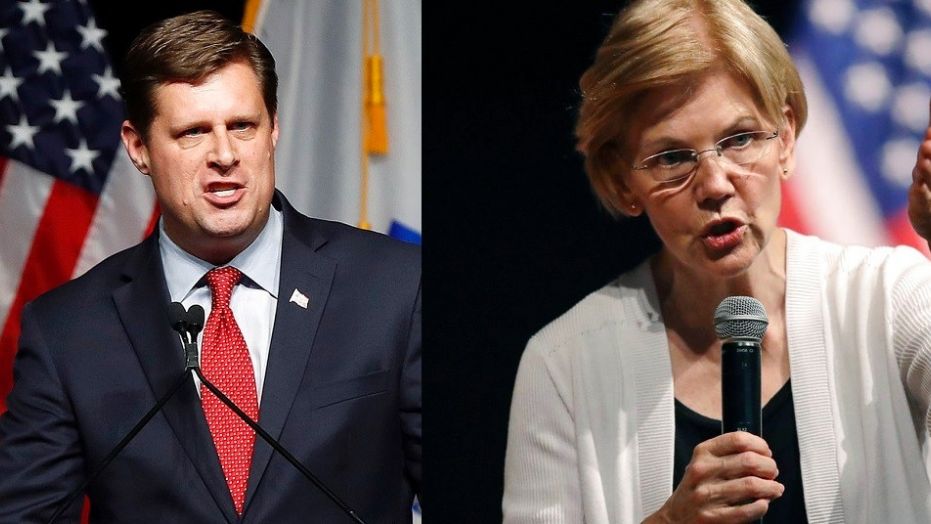 Perhaps the Democrat elite will need to fall upon the sword before they finally get the “point.”
There is a disquieting little trend that I don’t think has fully registered yet with the smug, self-satisfied and self-aggrandizing elite who run the DNC.
They have all come to power by convincing large and often mutually acrimonious masses of divergent and self-aggrieved splinter groups to express their bitterness and need for validation of their perceived “special status,” to vote for them.
Sometimes it backfires.
Take something that happened last week in my own backyard in the primary here in Blue, Blue Massachusetts, where a far-left Democrat was defeated by an even farther-left Democrat. "There is no Republican on the November ballot in this storied Boston-based district, which was once represented by John F. Kennedy and is one of the most left-leaning in the country,” crowed the NY times.
So, why does this celebration of looney leftism warm my heart (in the most cynical way)? Because the defeated Capuano was a far left lefty who ran for re-election on his hatred of Trump. In fact, he campaigned for the entire Democrat agenda - against Republicans, Conservatives, guns, freedom of speech, America…etc. He even advocated a boycott of our beloved Sam Adams Beer because the owner had thanked Trump for the tax cut! LOL!
But, and here’s where it gets delicious, as far left as he went he was “trumped” (pun used ironically and intentionally) in his "virtue signaling, I-am-lefter-than-thou” campaign by an even more extreme Leftist who came to the Cultural Wars with credentials that Capuano couldn’t touch no matter what he said or how much he paraded his hatred for Trump.
His opponent in the Primary (which means the election in our Democrat state) according to the sympathetic NYT, was, "Ayanna Pressley upended the Massachusetts political order on Tuesday, scoring a stunning upset of 10-term Representative Michael Capuano and positioning herself to become the first African-American woman to represent the state in Congress.”
So why does this give me a giant chuckle of Schadenfreude?

Because it confirms what I learned in my studies of why intolerant systems always collapse. Once you elevate certain classes, religions, cultures, philosophies, politics, races, ethnicities, and beliefs above others, everyone will begin to throw their rivals under the PC bus to achieve wealth and power (see Fascism, Nazism, Communism, The Inquisition, Puritanism, ISIS, and AntiFa). And it always ends badly - every single time.
Why? Because history tells us - and proves - in every case - that those who attempt to take advantage of any political correctness advantage, wind up, in the end, being consumed by it - every single time.

History is relentless that way.
Thus the more that the virtue warriors play their one-upmanship virtue game, the harder their fall will be. Including all of the Liberal elite who thought that creating the ever-escalating virtue war would propel them to perpetual power. It won’t. It will consume them - and they will be so surprised.
When the “tumbrils of their Revolution” come for them, they will be as clueless and surprised as was Robespierre when “the people” who he thought he could control when he said, "To punish the oppressors of humanity is clemency; to forgive them is cruelty,” decided to take him at his word.
Sounds like the DNC elite, their media allies, and Hollywood when they scream “Resistance!” - doesn't it?
Do you think they know that advocating violence and mob justice is always a double-edged sword?
Well, in the end, the “people” took Robespierre at his word and decided not to forgive him by introducing him to Madam Guillotine.

Today's Democrat demagogues should take heed. Perhaps they should have taken a few history classes in college rather than sociology.
Copyright ©2018
Read more by Ric Wasley
Tweet