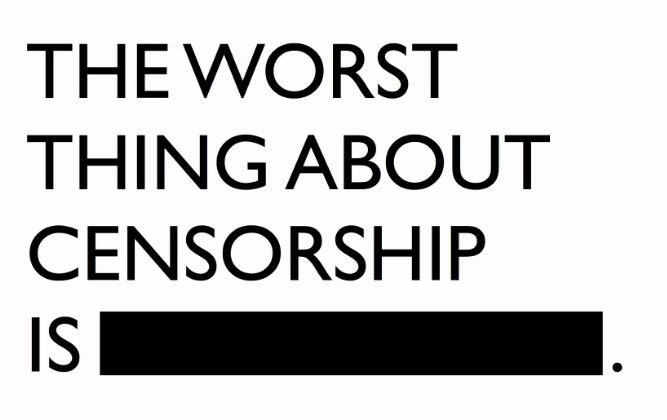 I am shocked that even Liberals hold truth in such low esteem today. They used to be champions of truth—even if they distorted it. George Orwell said, “The further a society drifts from the truth, the more it will hate those who speak it.” We see that working every day in the media.
I use my statement about truth at the bottom of my emails and it often offends Liberals who write to disagree with me over one of my columns or books. My statement is, “The Truth will set you free, but it stings at times.” Truth is truth. My truth, your truth, and their truth do not exist. Truth does—at all times, under all circumstances.
This month a town in England has told citizens to report “non-crime hate incidents” since “no one should have to tolerate it.” It can include things such as “offensive or insulting comments, online, in person or in writing.” Hey, we have to tolerate many offensive things such as bad breath, loud speech, offensive media, weak-kneed Republicans, obnoxious Democrats, cowardly Conservatives, and sanctimonious Liberals. It’s called living.
Note this is taking place in a nation that is in being invaded and their culture totally changed by a foreign religion and alien political system—Islam. This is happening in a nation with stiff gun laws, yet crime is out of control. But British police would rather investigate hate speech (not hate crimes) than go after fanatical jihadists wearing explosive vests to propel themselves into the arms of 72 virgins in Paradise.
Brits have been led to believe that this violence and takeover of their culture is the price for being tolerant, kind, and generous; but it is the price for being stupid. This is the new norm for Britain.
Alvin Toffler in his book Future Shock describes modern people who are "so ignorant of the past that they see nothing unusual about the present." That truth is obvious when one reads about the many restrictions various nations have placed on free speech. Not having learned from history, they are destined to repeat it. Such restrictive laws are now on the books in France, Germany, Belgium, Switzerland, Canada, and other nations.
And if university professors, purveyors of pernicious propaganda and poppycockish pabulum have the influence they hope for, the U.S. is marching toward that abyss where truth is unknown, unwelcome, and unrecognizable.
Any person has the right to be offensive and to be offended. Government officials should have no authority in this matter. So, I demand the right to be offended. Free speech is dead if I don’t have the right to offend others and if it is illegal for me to be offended. If I have to be petted, patted, and placated when I hear something I don’t like, then I’m a pathetic person, and if there is legal protection from being offended then free speech, if not dead, is gasping for breath.
Of course, if I am irresponsible, then I can be sued for slander or libel as it should be.
It is now illegal in California to not call someone by his or her preferred gender pronoun. As of now, the law applies to nursing homes and similar facilities. It’s called the “LGBT Senior Bill of Rights.” Did you ever imagine that in America—well, in California—if you refuse to recognize a transgender as to his/her/its new non-gender, you can be fined a thousand dollars and up to a year in jail! Jail for using the “wrong” pronoun!
Leftists love to quote Voltaire’s alleged statement, “I may disagree with what you have to say, but I shall defend to the death your right to say it.” They quote that statement but practice discrimination if the object of discrimination is on the right or is guilty of common sense! It seems some are far more equal than others are.

Former French Prime Minister Manuel Vals listed four limits of speech. “There is a fundamental difference between the freedom to be impertinent and anti-Semitism, racism, glorification of terrorist acts, and Holocaust denial, all of which are crimes that justice should punish with the most severity.” What a jerk! Vals just supported making racism a crime, in fact, a crime that should be punished “with the most severity.” Racism is offensive but a crime! Astounding.
I wonder, no I know what Voltaire would think; he would flaunt that law.
Men in France could be fined $435 if they follow women in the street, whistle at them, make loud comments about their appearance, or ask for their phone numbers, according to a draft proposal to combat “sexual contempt.” Most of us would agree that gentlemen don’t harass women but to outlaw a whistle and a request for a phone number!
French officials are very sensitive about the possibility of women being embarrassed by men whistling at them and having the gall to ask for their phone number, but they don’t care about helpless girls. A recent headline screamed, “France Passes Law Saying Children Can Consent To Sex With Adults,” so pedophilia is now lawful but men must not dare ask a lady for her phone number!
It is astonishing what politicians will do if they perceive a popular wind behind them; but then that wind may become a hurricane that will drive them out of office and back to their home in the hinterland.
French Liberals (as all Liberals), are nuttier than a Snickers bar.
Racism, sexism, and anti-Semitism are vile and vicious indicating a major character flaw but crimes! Come now, only a fool (or tyrant) believes that what you believe about anything is a crime. The fool will plead that government is responsible for keeping us from such errors. No, that is the function of parents, clergy, and teachers, not a function of government. The U.S. Supreme Court said so in American Communications Association v. Dougs: “It is not the function of our Government to keep the citizen from falling into error; it is the function of the citizen to keep the Government from falling into error.” That was one time the court got it right.
Many European nations (and Canada) are swiftly losing their traditional freedoms and even believe it is a good and noble thing! Germany has major problems from the massive “refugee” invasion, the issue that is driving their loss of freedom. Wolfgang Herles of Germany’s public radio said, “There are written instructions…today we are not allowed to say anything negative about the refugees. This is government journalism, and this leads to a situation in which the public loses their trust in us. This is scandalous.” Of course, it is. No sane person would disagree with his assessment.
A Cologne police superintendent revealed that he was ordered to remove the term rape from an internal police report about the mass sexual assaults in Cologne on New Year’s Eve. He said that an official at the North-Rhine Westphalia Interior Ministry told him in an angry tone: “This is not rape. Remove this term from your report. Submit a new report.” So, now rape is not rape because a bumbling bureaucrat has said so.
Germany has a new censorship law that requires social media to censor their users on behalf of the German state. In bygone years, they would have reported to the Gestapo! Social media companies are now obliged to delete or block any online “criminal offenses” such as libel, slander, defamation, or incitement, within 24 hours of receipt of a user complaint—even if the information is true! Failure to comply with the Nazi-like command will result in a fine up to $62 million!
That’s for telling the truth! The German politicians are dumb as a box of rocks.
Hate speech laws are aimed at censoring the truth, not at stopping hatred. Truth has been outlawed. The Hebrew prophet wrote, “justice standeth afar off: for truth is fallen in the street” (Isaiah 59:14). In recent years, truth is no longer respected or received but it is still required since John 8:32 teaches, “And ye shall know the truth, and the truth shall make you free.”
In Germany, France, Switzerland, Canada, and other nations, a hater is not permitted to say that the holocaust did not happen. Or, maybe it happened but six million Jews were not gassed. Of course, one does not have to be a hater to easily prove that the six million number was greatly inflated. That is easily documented; however, if a lesser number were killed does that make Hitler and his regime more acceptable? Of course not. Hitler was a monstrous hater on the left.
Poland recently passed a scandalous bill providing criminal penalties for people who use phrases such as Polish death camps, or suggest any complicity on the part of the Polish people in the destruction of European Jews. Of course, the death camps were run by Germany but it is disingenuous to suggest that Polish officials were clueless. And to make it a criminal offense to say the offensive words is a massive step into the totalitarian past.
An Austrian man was jailed for six months after being found guilty of glorifying the activities of the Nazis: He had a bottle of wine with Hitler’s photo on it. Six months in jail for a joke.
In some nations, one cannot declare that Islam is not a religion of peace. After all, didn’t George W. Bush and many others say it is a religion of peace?
Voltaire also said, “To learn who rules over you, simply find out who you are not allowed to criticize.” Leftist tyrants are taking us to the unfree place where we are free to say only what the authorities want to hear with the stipulation that no one can be offended.
I will only go there kicking and screaming.
No, I won’t go there.
Copyright ©2018
Read more by Don Boys, PhD
Tweet