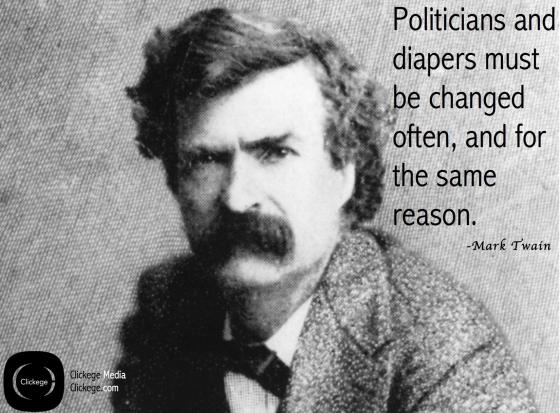 There is a line in the movie iRobot, where the main character, played by Will Smith, is arguing with another character. At one point he becomes so frustrated that he says to her that she must be “the dumbest smart person” he’s ever met.

And that’s the point of this article, or more to the point, the question around which it revolves.

Do you ever wonder how otherwise brilliant business people can be so darn ignorant or so monumentally naïve? Well, I certainly do. But it seems these days to be becoming much more commonplace. And I think a lot just simply has to do with otherwise smart peoples’ dislike and discomfort of the Trump public persona.

Count Ohio billionaire and longtime Republican donor Les Wexner, as one of these. “Wexner, the CEO of retail conglomerate L Brands, which owns Victoria’s Secret and Bath & Body Works, announced at a leadership summit in Columbus on Thursday that he ‘won’t support this nonsense in the Republican Party’ anymore,” writes the HuffPo.

What does he mean by nonsense? In a word – Trump, but I think it’s a little more than just that.

Regardless of status and wealth, most people don’t like conflict and don’t wish to be the center of controversy. But any reasonably consequential person these days who publicly supports the President in any way soon discovers firsthand that this is exactly where they end up. Just look at the flak Kanye West has received. Therefore, most people will do and say almost anything to either avoid becoming a target or extricate themselves from the firestorm of criticism.

Now, prior to Trump becoming president, the Republicans were disliked by the political left, but the moderate establishment was tolerated. The Democrats understood they had to publicly denounce the Party as a whole, but privately they knew the establishment had similar goals, to acquire and maintain power and control. It’s why there are so many “back-room” deals cut between the two. And it’s also why we conservatives have insisted that there is not a dime's difference between the two.

Then enters upstart Trump who energized the Republican base. Republicans soon saw that they better get on board the Trump train or find another career path. Many have. Trump wresting control of the party from the establishment has caused many with weak constitutions to jump from the Republican ship or become the Never-Trumper establishment resistance.

Now as much as I disagree, I at least understand why Republican supporters and donors may jump ship. Many of these mega-donors like Wexner enjoy a certain level of anonymity. They are not looking for public acclaim, and certainly not criticism. They are merely trying to buy influence. I get it. It’s the utter ignorance and naïveté I can’t comprehend.

Wexner not only disavowed the Republicans, but “was prompted to leave [the Party] after former President Barack Obama visited the state.”

“I was struck by the genuineness of the man; his candor, humility, and empathy for others,” Wexner said of Obama.

Are you kidding me! If one were to consult a thesaurus for any of these words – genuineness, candor, humility, and empathy - the antonym, or opposite, would be a picture of Barack Obama.

This is what I mean by ignorance and naïveté. Where exactly had Wexner been from about 2007 until now? Granted, he has been part of the establishment, donating $500,000 to the Jeb Bush presidential campaign, if you can call it that, but still. For anyone who has paid even scant attention, it’s a long divide between the moderate right and an anti-colonialist, Marxist, statist like Obama.

But I suppose, what can we expect of the current climate of symbolism over substance where, evidently, Obama’s vacant words are able to displace an entire adulthood of anti-Americanism.