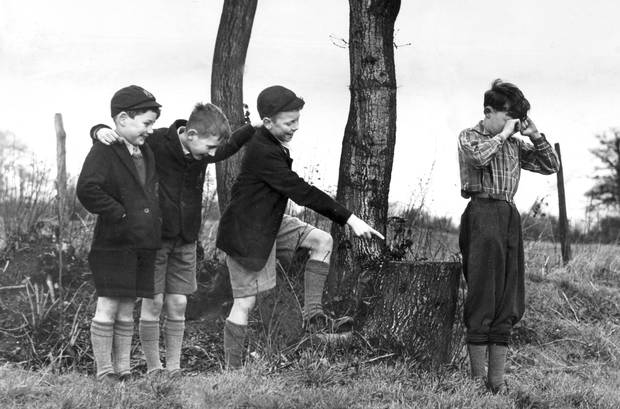 The DNC and their minions with press passes have just turned the judicial concept upon which our laws were founded from “Innocent until proven guilty”, to “Guilty until proven innocent.”
Welcome to 'justice' under the liberal Democrats. Just imagine. If they can do this to a respected judge, a Supreme Court nominee with an unblemished record, with no evidence other than an uncorroborated hearsay, imagine what a Democrat/Socialist America would be like for the average person?

Remember the Obama years? That was fun, wasn’t it? Imagine that on steroids.
Just when you thought it was impossible for them to slither any lower, the Dems have hit a new rock bottom in lying, hypocrisy, and fabrication of sleazy allegations to further their self-serving political aims. Behind it all, as always, is the single-minded quest for power. It should also surprise no one that the Democrats follow no rules, laws, or decency in their lust for that power.
One has merely to look at their latest scheme. Let’s face it, folks. All that the Democrat Senator Feinstein’s allegations against Judge Kavanaugh were designed to do, were to delay the vote until they hoped they could get control of Congress and kill his nomination. The truth and quest for justice had nothing to do with it. It’s a political stunt and if the basic rule of law has to be turned on its head, the Dems are happy to take a leaf from their Marxist heroes in the Russian and Maoist revolutions - the ends justify the means. Thus there are no laws that are to be held sacred in their pursuit of naked power.
How do you deal with such a shameless crowd when they control the media and thus the narratives? How can people grounded in beliefs of law and fairness defeat such ruthless and obnoxious bullies? You must learn to fight fire with fire and beat them at their own game.
Most of us can recall at some time or another being harassed by some kid in school who, for some usually unknown reason, had decided to make our lives as miserable as possible. The reason was usually not important. It could have been a name, ethnicity, height, weight, hair color, athletic ability, jealousy, or just…anything.
The important thing was not the 'why,' it was the constant barrage of cruel, petty and usually underhanded techniques these unpleasant people used.

You see, they were not your classic big, dumb or mean schoolyard bullies. Often they were not big or even tough, they were just nasty - and conniving. They never had the guts to confront you head on and get it settled. They always resorted to sneaky subterfuge. They would use innuendo, whispering, tattling, and outright lying.

Did you ever wonder who those kids grew up to be? Does that behavior sound like anyone you know today, or at least see on the nightly news practicing those same skills that they have honed since childhood? Yup. They grew up to be Democrat politicians and the DNC news media.
Nothing has changed for them. They still continue their attempts to bully, smear and destroy through the devious channels of innuendo, deceit, and outright lying. And it all too often works for the same reason it did when they were odious children. The good people they smear are slow to react because they are usually too stunned by their outrageous allegations to mount a forceful defense.
That, of course, is why they hate Trump so much. He is the first Republican since Ronald Reagan to ever fight back. They are not used to that, and they don't like it.
However, the main reason for their behavior is why bullies since the beginning of time have continued to bully. They have learned that all too often their victims don’t fight back. Instead, the victim tries to address the bullies' charges with a refutation based on logic, reason, and the truth. That, unfortunately, is the least effective way of all because, how can you use the truth to refute a lie which often has no basis in reality?
It’s like the classic “gotcha” question - “When did you stop beating your wife?”  Whichever way you answer you are guilty - and if you simply deny you ever did they just keep repeating the lie and demand you answer their question.
The moral? When you let the liars define the dialogue and play their dirty sandbox, they will always win.
That is exactly the situation that Judge Kavanaugh finds himself in. He is being forced to account for his actions in what is most certainly a dimly remembered high school happenstance at best and in all likelihood, an outright fabrication concocted by the DNC to delay a vote until they hope to weasel their way back into power.
This, however, is not the first time they’ve pulled these Machiavellian machinations nor will it, unfortunately, be the last. This is their stock in trade. They subvert, disassemble, smear, accuse, defame, and lie for one overriding reason…because they are allowed to get away with it. Just like the sneaky kid back in school, they will continue until someone finally says, “enough is enough.”
However, the Republicans never do. Instead, they huff and puff and look hurt and angry and worst of all, they dignify the DNC lies and provocations by taking them seriously and acting as though they deserve an adult answer. They don’t.
Do you remember what your mother said about bullies and liars? “Perhaps they deserve some of their own medicine.”
Although it certainly goes against the grain to dignify them with any response, perhaps the only way for Republicans and conservatives to deal with outrageous DNC fabrications is to demonstrate to them what it’s like being on the receiving end of gratuitous allegations.
For instance, suppose every time the Democrats threw some baseless accusation at Republicans they threw it back in their face: racism, sexism, homophobia, fascism, totalitarianism, inhumanity, fiscal malfeasance, rape, violence, sexual harassment - you name it. Throw it back at them.
Suppose the Republicans instead of cringing and trying to disprove a negative, simply turned around and accused the Democrats in turn of the same unprovable crimes, which incidentally the Dems have already ensured that you have no way of disproving, thus putting the accused on the defensive from which there is no defense.
Do you know why it would be so effective for Republican to accuse the Dems of everything with which they are currently smearing conservatives with impunity? Simple - because in all probability the average Democrat politician and political partisan with a press pass, has most likely done it!
Just look at the few times the media allows any Democrat dirt to leak out from under the rug where they’ve stashed it. The details of the reality of their crimes and peccadillos are far more shocking than any of the supposed misdemeanors the Dems make up for Republicans - usually out of whole cloth.
Trust me, pointing a finger at the loudest mouths of the DNC and their media partners and saying; “J'accuse!” would be far more effective than the most strenuous denial of their lies. I guarantee that if Republicans began demanding investigations into every Democrat/Leftist/Socialist who made an unsubstantiated allegation, within a very short time, they would cease.
Why? Because in all probability they all have something to hide.
Copyright ©2018
Read more by Ric Wasley
Tweet