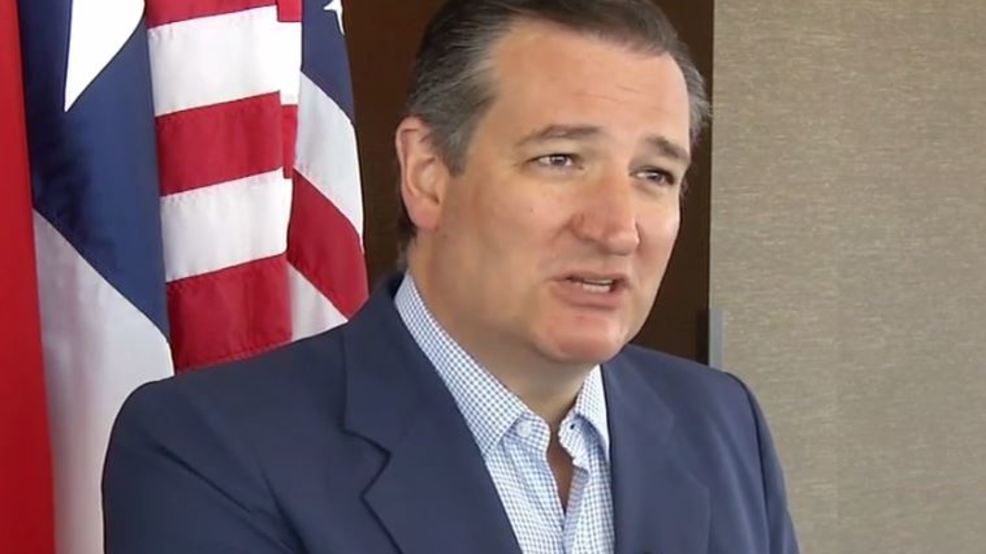 Democrats launched an initiative attacking Ted Cruz's character for backing Trump because they opposed each other so passionately during the presidential primary. Folks, Cruz's willingness to move beyond the bad blood between him and the president for the good of America confirms the greatness of Cruz's character. Too many politicians have the attitude that everything is about them, and not what is best for America.

Outrageously, there are GOP politicians working to undermine Trump's America-First agenda simply because they do not like Trump. Folks that is the epitome of political narcissism and lack of character.

Cruz is on board with Trump because he realizes Trump is doing a remarkable job for America. Our Conservative Campaign Committee attended Ted Cruz's rally in Amarillo, Texas. Cruz touted all the great achievements of the Trump administration for We the People. Excitedly, Cruz shared that unemployment for blacks, Hispanics, women, and Asians are at historic lows.

Numerous times the crowd of almost a thousand spontaneously chanted, “Thank you, Ted," “Build the wall,” “Six more years,” and “USA!” When Ted mentioned Hillary, they chanted, “Lock her up!” Among the sea of Ted Cruz signs, caps and t-shirts, I saw Trump MAGA caps and t-shirts. Numerous people wore t-shirts which read, “God + Guns and Trump.” Clearly, the rally attendees were excited about Cruz and Trump working together, and keeping Cruz in the Senate to keep Texas red and continue Trump's agenda.

Cruz mentioned that he and Trump worked together on Trump's massive tax cut while on Air Force One. These two passionate former opponents working together for the good of their country illustrates the great character we should expect in all our politicians, but rarely see. Cruz and Trump forgiving each other shows their submission to God's command that Christians forgive and love one another. Evil Democrats seek to spin Cruz's and Trump's biblical behavior of forgiveness into a negative.

During his introduction of Ted Cruz at the rally, the emcee praised Cruz for remaining a Texan while in Washington DC, keeping his promise to fight for principles and values Texans and a majority of Americans hold dear. The crowd responded with cheers and applause. Numerous times we who love freedom and America have worked our butts off to send conservatives to Washington DC only to be betrayed. Cruz remaining faithful and true to his constituents is another example of his outstanding character.

Cruz pounded home the point that this race is about voter turn-out. We cannot be complacent. Democrats fueled with hate, rage and resistance to Trump have out-raised Cruz by tens of millions of dollars.

Every time Beto O'Rourke announces another extreme left-wing idea he wants to implement, such as separating Texans from their guns, impeaching Trump, and getting rid of ICE, wealthy Hollywood leftists send him big checks. This enables Democrats to flood the airwaves with ads filled with deceptions and lies about Cruz and Beto O'Rourke. Cruz asked the audience to financially support his campaign and get every conservative Texan to vote.

During the Q and A after Cruz's speech, an elementary student asked Ted about the issue of gun violence in our schools. Cruz said he met with students after a school shooting. None of the students thought more gun control was the answer. Their consensus was disarming good guys does not protect them from bad guys. Have you heard this point of view expressed by students reported in fake news media? No.

Cruz shared common-sense solutions he has been pushing for years. Cruz suggested armed officers in schools. He said many teachers are former police officers and military. Why not arm them and other teachers who feel comfortable being armed? Cruz said classrooms should have bulletproof doors. Students were shot and killed while pressing against classroom doors trying to keep out gunmen. He also said schools should have far fewer exits.

Cruz reminded the crowd that Beto and his fellow Democrats/leftists are not interested in common-sense solutions to gun violence in our schools. Democrats seek to exploit the issue to repeal our Constitutional 2nd Amendment Right to bear arms.

Hanging out with conservative Texans has been pleasantly refreshing. They are bold and fearless. They love their state, God, guns, America, barbecue, and freedom. At the Cruz/O'Rourke debate, I met two black women Cruz supporters. One wore a MAGA cap. I said, “Leftists are physically assaulting people, especially blacks, who wear MAGA attire. Aren't you afraid?” My new black patriot sister, Karen Watson, chuckled and said she is not afraid. Karen said leftists know they had better not attack people wearing MAGA gear here because this is Texas.