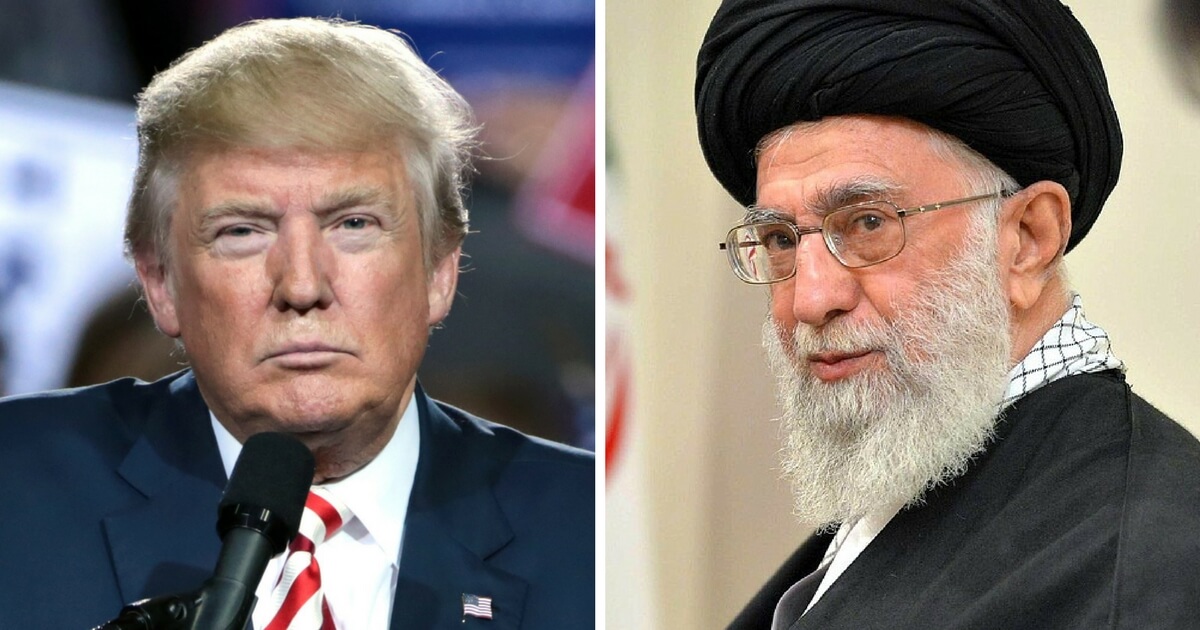 President Trump's message to the corrupt, terrorist-sponsoring Iranian Mullahs at the United Nations General Council was transformationally different than the appeasement rhetoric of the Obama Administration.

John Kerry recently sat down with Iranian Foreign Minister Javad Zarif to discuss ways to salvage the Iran Nuclear Deal. Kerry’s spokesperson said "… every American would want…Iran to remain in compliance with the nuclear agreement that prevented a war." He expects us to believe that the self-aggrandizing ‘father of the Iran deal’ prevented a war. Seventeen 'Pinocchios' for that one.

Mohammad Reza Shah was an ally of the West. He extended voting rights to women, women wore western or traditional clothing, he worked to eliminate illiteracy, and land reform. He replaced the Islamic calendar. Mullahs hated him, and worked to fomented outrage among the youth with a populist ideology and strong Islamic principles.

Ayatollah Khomeini was living in Paris, when he expertly managed the revolutionary protests. The media treated him like "Mother Teresa" while he preached revolt and martyrdom. Protesters chanted “death to the Shah,” demanded Khomeini's return, and the establishment of an Islamic Republic. They succeeded.

The American Embassy was captured by Muslim students supporting the Revolution. Fifty-two Americans were held for 444 days from November 1979 to January 1981. ARGO, a movie starring Ben Affleck, was made about it. Hostages were released on the day of President Reagan's inauguration.

Khomeini supported the hostage takers, issued a fatwa for the murder of British Indian novelist Salman Rushdie, and called the United States 'a Great Satan.' TIME Magazine made him ‘Man of the Year'. Ayatollah Ali Khamenei, the current Supreme Leader, continues Khomeini's policies.

Revolutionary protests began months ago in more than 80 Iranian cities. Government corruption, squandered the nation's wealth with embezzlement, and provided huge amounts of money for terrorist activities in Syria, Lebanon, and Gaza; unemployment, gender equality, and forced wearing of hijab are complaints. Dozens have been murdered, and thousands have been arrested. Reports about torture and killing of the arrested continue.

Celebrities in the anti-Trump foreign policy battalion fume. Former prominent leaders from the Clinton, Bush, and Obama administrations, as well as Democrat and RINO Senators, claim that Trump’s Iran policies will lead to dangerous regional conflicts. They signed a letter criticizing the administration’s goal of reining in Iran, contending that diplomatic outreach is the answer. Their statement was released to the media as the President spoke at the United Nations.

The ruling Mullahs of Iran persist in ballistic missile testing, refuse independent inspection of nuclear facilities, are the world’s largest supporters of terrorism, and encourage anti-American/anti-Israel demonstrations chanting 'death to America, death to Israel;' they have proxy fighters in Yemen and Syria, and inflammatory broadcasting such as televised simulations of Iranian bombs destroying Saudi Arabia’s capital city, Riyadh, of 5 million people.

In the city of Ahvaz, Iranian officials gathered on September 22nd to watch the annual military parade celebrating the start of the Iraq War. Gunmen on motorcycles opened fire which killed 24 including members of Iran’s Revolutionary Guard and wounded dozens of civilians. The gunmen were killed. Who carried out the assault remains in question.

Hassan Rouhani, President of Iran, claimed that a US-allied country in the Persian Gulf was responsible. He condemns the United States with claims of destabilizing forces in the Middle East. Saudi Arabia, the UAE, and Bahrain are allies of the US, and know that Iran is a consequential threat.

President Trump successfully made the case in the UN for not allowing the Mullahs to have dangerous nuclear weapons to threaten the world, nor to have financial benefit to endow increased terrorism and to line their own pockets from the treasury of the Iran Deal.

The goal is to increase the debilitation of Iran’s dangerous leaders through isolation and economic sanctions. Iran’s economy is severely weakened with heightened inflation, the rial devalued more than 50%, magnified discontent among citizens, strong and growing dissident and revolutionary protests. President Trump said this can be done while respecting sovereign rights of the Islamic Republic of Iran’s people, customs, beliefs, traditions, and religion.

Revolution brought the mullahs to power in 1979. Perhaps revolution would enable Iran to become a respected nation that does not sponsor terrorism or threaten neighboring states with extinction. Ayatollah Khamenei continues to falsely assert that the US wants to overthrow the entire Islamic Republic, as indicated in his following tweet:


"Once again, the nation tells the US, and those who seek to overthrow the Islamic Republic of Iran from abroad that 'you've failed, and you will fail in the future, too.'"
— Khamenei.ir (@khamenei_ir)