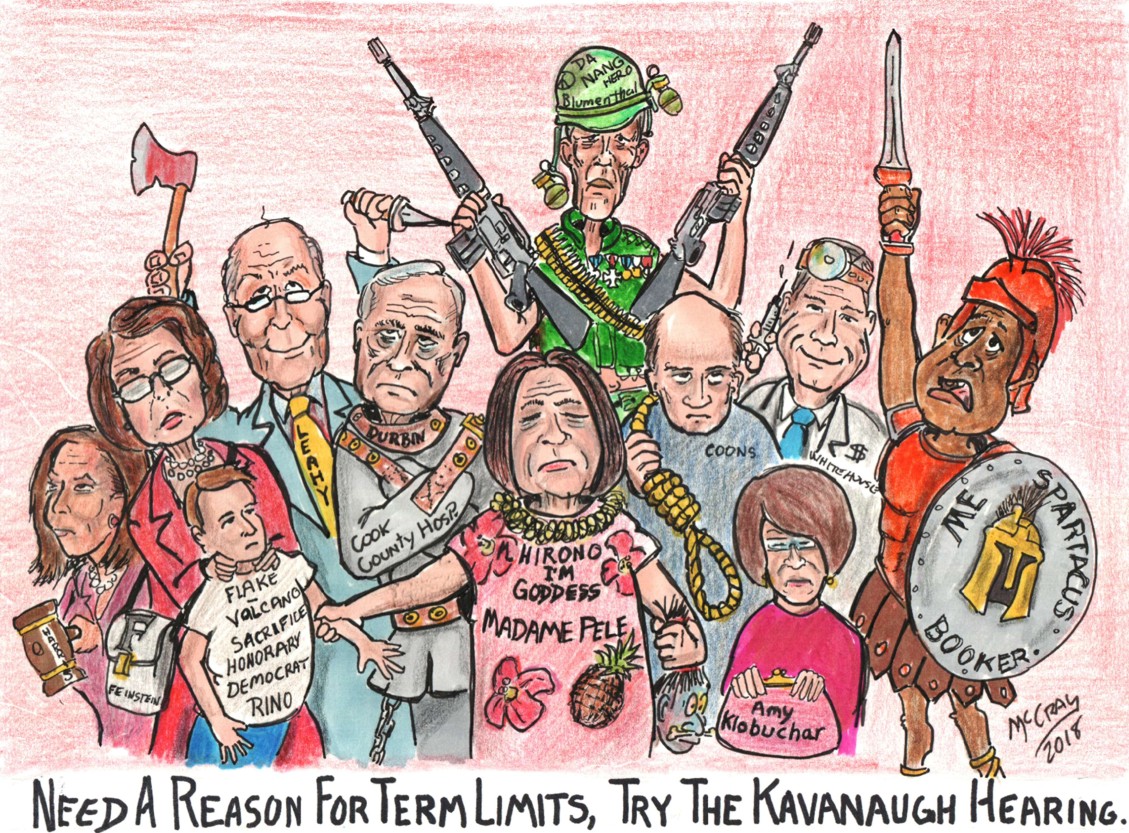 Judge Brett Kavanaugh has been confirmed as the 114th Justice to sit on the Supreme Court by a slim majority vote of the U.S. Senate. If you think for one second the left-wing circus surrounding the Senate Judiciary Committee hearing where the left wing perpetrated a nasty smear campaign of slanderous statements and wild accusations against Brett Kavanaugh will subside and the so-called Democrats will settle down and behave, you are out of your mind. The left’s failure to stop Trump’s pick for the Supreme Court is going right up to the top with Hillary Clinton’s loss to Donald Trump.

The message is clear from the left, they will attack, smear, threaten and fabricate accusations against anyone who will work with Trump Administration and Republican Party. The behavior of the politicians representing the Democrats on the Judiciary Committee and in the rest of the Congress has been completely reprehensible. Their entire focus was centered around their party and their never-ending quest for total and complete power over of the country. They cater to the left-wing extremist groups and activists; that is not only their base - it’s who they are. The Democrat Party exists in name only, they are in reality the Socialist Party and they see this as their big chance.

The left in this country have depended on having Judges appointed in as many key judgeships as possible in order to legislate from the bench, pushing their left wing ideology. If you think the left is foaming at the mouth now after failing to stop Kavanaugh, just wait till the next Supreme Court Justice is appointed by President Trump. It won’t be wild accusations, it will be hardcore intimidations and you can count on coordinated violent actions, the left will act as if the world is coming to an end.

A number of the politicians on the left that have always been considered somewhat aloof, a little bit off the wall and just a little bit screwy are showing themselves for what they really are, as a threat to our Constitutional Government. They have become dangerous by openly calling for physical action against the left’s opponents; this has given the extremists the green light for targeted attacks on anyone who will get in their way.

Some of these left-wing politicians have been in Washington D.C. for decades and are behaving like radical subversives of the 1960s that have been waiting in a sleeper cell, seeing now as the time to act. They need to be voted out. If there was ever a clear and justifiable reason to install term limits this is it.