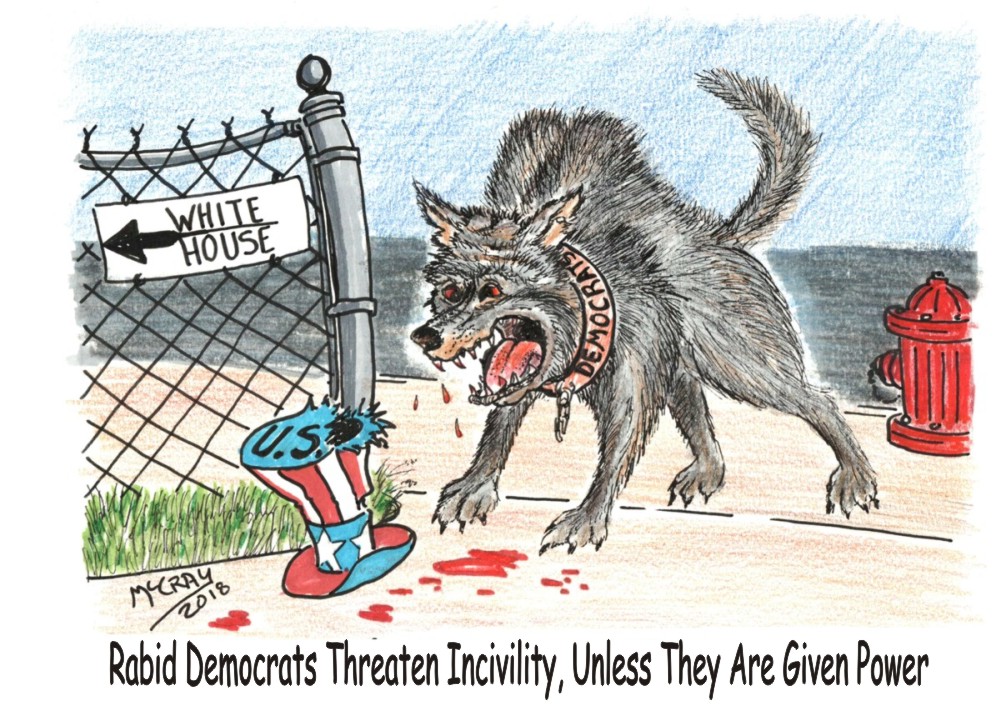 Top Democrats call for Incivility against opponents; first Hillary Clinton, then Eric Holder push for their loyal followers to be uncivil to opponents. This is nothing less than an open threat against the people of the United States - either follow them or they will come after you, this is a naked demand for power. Rabid insanity is the only thing that comes to mind; it is pure desperation by Clinton and her court and gives some insight into what a Hillary Clinton Presidential Administration would look like.

This is what you normally see with Banana Republic Strongman Dictatorship Governments, with political opponents and their supporters physically attacked and murdered. We are already seeing attacks on politicians and anyone that is remotely favorable about President Trump. Fascist Thugs are openly attacking people with the Police in California and Oregon standing by watching and doing nothing. This is exactly what happened in Germany during Adolph Hitler’s rise to total power as the leader, Der Fuhrer. These AntiFas (antifascist groups) as they call themselves are National Socialist Fascist and are using Hitler’s Playbook, page by page; they are exact copies of the SA Brown Shirts, the Nazi Party street thugs. The SA Brown Shirts, Strum Abteilung, which means Assault Detachment, whose function was to forcibly intimidate people to supporting the Nazis, push, beat and kill anyone that opposed Hitler. You must remember that the full name of the Nazi Party is ‘National Socialist German Workers Party.’

The Socialists that call themselves Democrats, and that includes Hillary Clinton; before you say Clinton is a Democrat, she has always been a socialist. She interned under her mentor, the Communist Marxist, Saul Alinsky and is clearly striving for a one-party socialist government, which makes her a National Socialist. So are many of the weasels that surround her, they all want one thing, total and complete power over the United States. Saul Alinsky wrote “Rules for Radicals,” which was dedicated to Lucifer in the first edition. Hillary Clinton wrote her Wellesley College Senior thesis paper, “There is only the Fight” praising Alinski.  Access to this 92-page thesis was highly restricted by Wellesley while she was the First Lady and downplayed during her presidential campaigns. Clinton and the party leadership of the Democratic National Committee are seeking one thing, the destruction of our Constitutional two-party system of government - in short, they are Traitors. All they want is absolute power and will destroy everything and everyone to get it - the threats of incivility by Clinton are a declaration of War against the people of the United States.